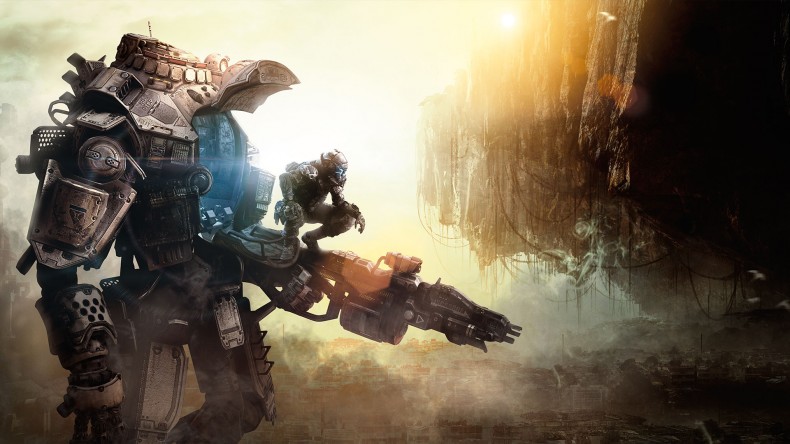 Titanfall hit shelves March 11th and has been doing fairly well. During the week of its release, Xbox One sales in the UK jumped 96%, suggesting that Titanfall could be the Xbox Ones killer app. More than 70% of those sales were reportedly part of the Xbox One Titanfall bundle.Â  No sales figures have officially been released as of yet but it’s plain to see that Titanfall is a must-have title for Xbox owners.

Along with Titanfall‘s success, there have been reports of hackers and cheaters in abundance on the PC version of the game. From aimbots to tracking every players location, cheaters are running around and ruining the game for casual gamers.Â  The developer of the game, Respawn, noted that they were aware of the problem and have begun taking action to remedy the situation.

Titanfall is having its ups and downs, but what else is in store for big name game? And with that big name has anyone noticed a striking similarity in their lettering? Titanfall on the Xbox uses the creative ‘A’ for notifications in addition to being stamped in the middle of the limited edition Titanfall controller. Was this inspired by Adobe, or was it blatantly taken? It could even just be that there wereÂ like-minded designers. Nonetheless, it’s impossible to ignore the incredible similarities between the “A” in Titanfall and Adobe’s logo.

Versus Mode Co-Host/Creative Co-Director Chris is ridiculous. True story: instead of paying rent one month he bought a Nintendo 3DS. Being a fan of all gaming platforms is tough on his wallet, but he's a gamer on a budget. He plays his PS Vita or 3DS while on the train to/from work and his Xbox 360 or Wii U when at home. He won his university's Video Game Olympics competition back in April of 2012 and mentions it whenever he can in conversation. His other interests include comedy, surviving Chicago, and hangin' out with his pup, Theta.
You might also like
MicrosoftRespawnTitanfall