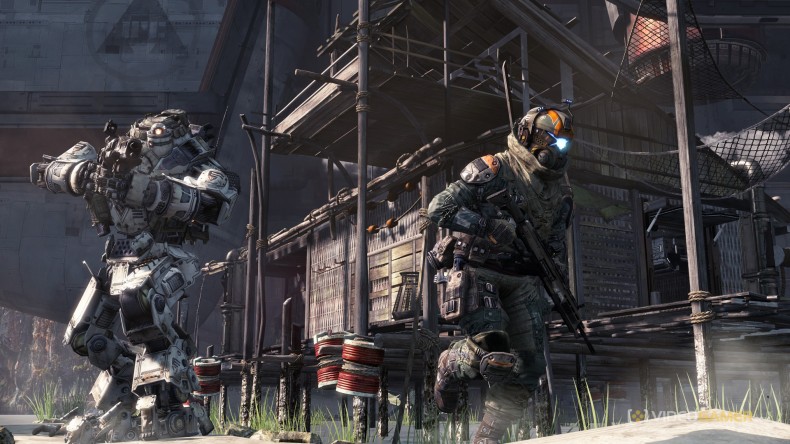 In an interesting turn of events, Vince Zampella has statedÂ  on Twitter that the Xbox One is not the only platform that will make use of the cloud for Titanfall, but the Xbox 360 and PC platforms will as well. All three, apparently, will be sharing the same cloud. 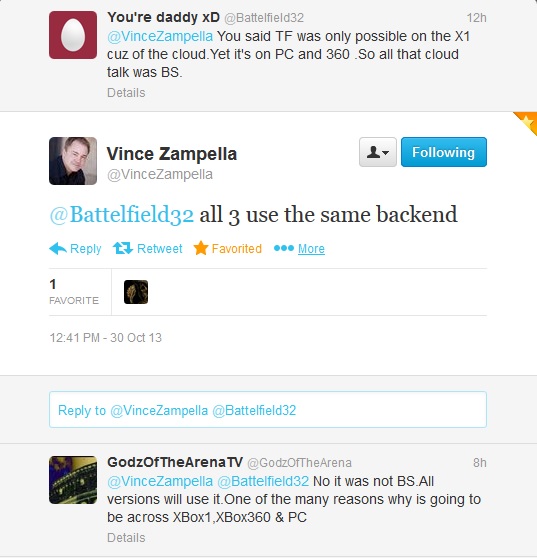 And if you didn’t know already, the benefits of Titanfall using the azure cloud greatly helps the gaming experience, from better AI, offloading CPU processing, faster matchmaking, and many others Check out the article on IGN.com to see the full list of features available in Titanfall when using the cloud.

Use of the cloud was definitely confirmed for the Xbox One, but it sounds as if the PC and Xbox 360 will also reap the benefits as well. This is especially big news if any of the CPU processing on the Xbox 360 is offloaded to the cloud, which could result in the Xbox 360 version of the game looking leagues better than other shooters in the 360 market. We’ll update on more details as they arise.

Founder/Consultant Growing up in different countries, Karam has a unique global perspective about gaming. He brings with him that set of eyes and ears that can look at the state of gaming from afar. His gaming loves cover just about every genre, and he is a constant presence on Xbox Live and PSN. Karam is a Systems Administrator by day and lives in Georgia with his wife and three children. By night he transforms into Aye Karamba (Live) or Aaqiloon (PSN), and his virtual aliases live online.
You might also like
CloudTitanfallVince Zampella