ToeJam and Earl 3 Released for Dreamcast 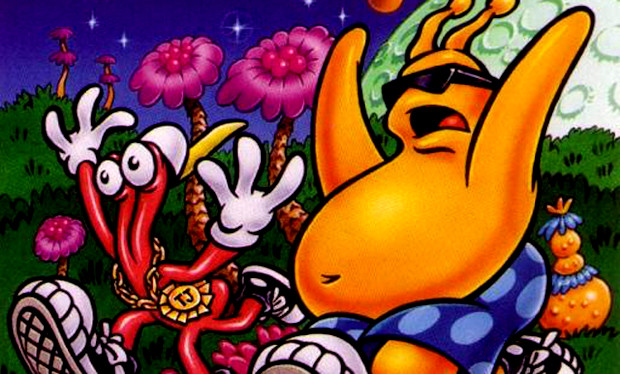 The world of games is an interesting place, isn’t it? Some days you’ll wake up to new announcements, release dates, delays, mods, patches, etc. But, seldom would I ever expect to wake up to an 11 year old game releasing for an even older console. Alas, ToeJam and Earl 3 was just unofficially released for the Dreamcast, thanks to ZakhooiTM of the Assembler Games forums.

The title was originally being developed for Sega’s now dead system, but Microsoft snatched up the property and published it on Xbox, cancelling the Dreamcast version all together. Apparently, though, fate wasn’t ready to let go of this version.Â After buying a Dreamcast devkit off Ebay, the lucky forum dweller found a few raw files of the game on the kit’s hard drive. After a few tweaks and fixes, the game was up and running in beta form.The game is playable until around level 12, according to ZakhooiTM, before it gets a bit too glitchy for comfort. Visit the forum page if you’re looking for the download.
This is absolutely awesome. Just think of what fans could do with all the unfinished, unreleased titles that the industry has let die. Will some lucky eBay user purchase the PS1 devkit with Megaman Legends 3 on it? Will a gamer 20 years from now buy a PS3 devkit and find an incomplete version The Last Guardian? Probably not, but I’ll enjoy the thought while it lasts.

Senior Staff Writer Colton Steury is a musician, writer, and fervent gamer who enjoys most any games, but is especially fond of RPGs, platformers, third-person shooters, and indie games. When he's not writing articles, composing songs, or gaming, you could probably find him eating potato chips and petting a cat. Generally, he is willing to accept potato chips/cats as currency.
You might also like
Dreamcastxbox