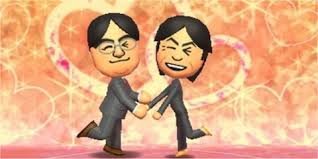 Although it was too late to change the current installment, Nintendo has announced plans that future installments of Tomodachi life will have the potential for same-sex relationships. The company did issue a formal apology for the oversight on their part, but claimed that it was much too late in the development process to include the option to pursue a homosexual relationship, even with a post-ship patch.

However, the future of same-sex relationships looks bright as Nintendo stated, “We are committed to advancing our longtime company values of fun and entertainment for everyone. We pledge that if we create a next installment in the Tomodachi series, we will strive to design a gameplay experience from the ground up that is more inclusive, and better represents all players.” Nintendo’s apology and change of mind comes in no small part thanks to a movement called Miiquality that called for a boycott of the game until Nintendo allowed for same-sex relationships. The movement did pick up some steam, even becoming trending on Twitter, but it’s actaul impact on sales of the title has yet to be seen

This is troubling news for the already beleaguered company, who has reported losses for the last three years. With Nintendo increasingly relying on handheld sales to bolster its profits, the negatively publicity and possible boycott of what was expected to be a popular title does not bode well. Hopefully, Nintendo will take their statements to heart and allow for the inclusion of same-sex relationships and more options that will allow for a larger appeal to a larger fanbase.

Evan has been a dedicated gamer since 1995 when he got his first console (a Sega Genesis). A graduate of Shippensburg University, Evan spends most of his time writing about gaming, literature, and nerd culture in general. XBL: Eftsoons PSN: HideousToshi Steam: HideousToshi LoL: Eftsoons
You might also like
3DSNintendoTomodachi Life