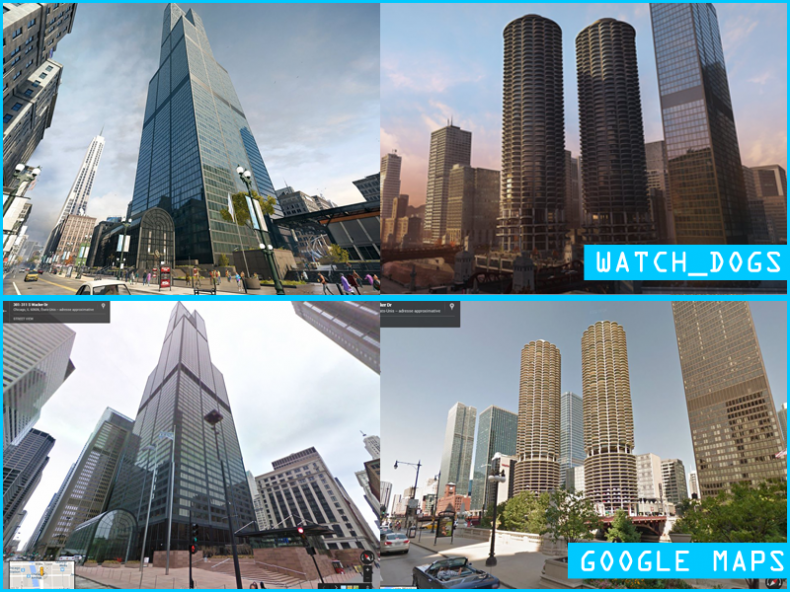 The image above is a comparison photo between Watch Dogs and real life Chicago. The game which is – duh – set in Chicago, focuses on hacking and hyper connectivity, a facet of life we humans are experiencing everyday thanks to our technology. The graphics in this photo are absolutely stunning and shows the dedication Ubisoft has for portraying the real Chicago.

Very few comparison shots are available since the game hasn’t launched yet, but that doesn’t mean we can’t be on the lookout. What if the Ubisoft development team were able to recreate these iconic landmarks? 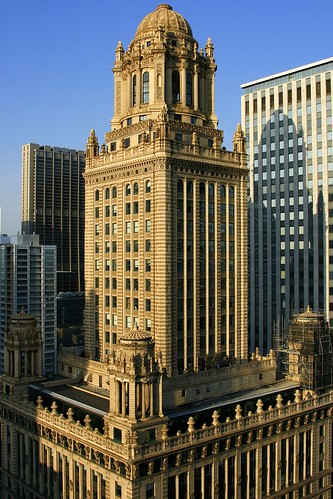 I’m not even from Chicago, but I would be very impressed if the development team incorporated these landmarks into the game.

Watch Dogs will launch on May 27 for PC, PS3, PS4, Xbox One, and Xbox 360. Players will dive into the character Aiden Pierce, who is a brilliant hacker and former thug. Pierce’s involvement in criminal activity led to a violent family tragedy, and he is seeking justice against those who hurt him.

Contributor Jennifer is a 22 year old whose love of games tends to keep her inside instead of outside in the Californian sun. Sheâ€™s pursuing a Bachelorâ€™s in English and loves games that tell a compelling story. With a brother that introduced her to games at a young age, and a fiance whoâ€™s majoring in video game design, Jennifer is surrounded by all things gaming. She also enjoys sushi, good thoughts, pizza, gardening, and Pathfinder.
You might also like
UbisoftWatch Dogs