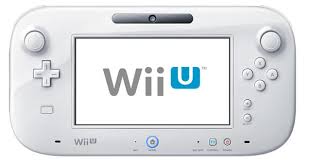 While Nintendo does intend to eventually release the Wii U’s GamePad as a separate accessory and allow for the console to support more than one at a time, it doesn’t look like it will happen anytime soon. Currently, the device would be too costly and possibly not even a necessity. One of the reasons that the Wii U is struggling is because of it’s unique hardware. Third party developers are unwilling to make concessions towards a device that requires additional content and programming when every other system uses a standard controller. As a result, Nintendo is typically the only company actually making full use of the GamePad in its games. Luckily, the Wii U is still able to use Wii Motes and Pro controllers, which are much more popular with the party games that Nintendo is famous for.

Expanding upon the GamePad is not even on Nintendo’s list of current priorities. According to Miyamoto, “we don’t feel it’s realistic to expect people to purchase two GamePads yet. We’re still trying to get as many people to buy the system itself.” The few games that do make use of the GamePad typically benefit greatly from its added functionality. Once Nintendo gets a better hold on the market we may start to see more uses and innovations for their accessories. But until then, it’s just not in the cards for this struggling veteran company.

News, Wii U
GamePadNintendoWii U

Evan has been a dedicated gamer since 1995 when he got his first console (a Sega Genesis). A graduate of Shippensburg University, Evan spends most of his time writing about gaming, literature, and nerd culture in general. XBL: Eftsoons PSN: HideousToshi Steam: HideousToshi LoL: Eftsoons
You might also like
GamePadNintendoWii U