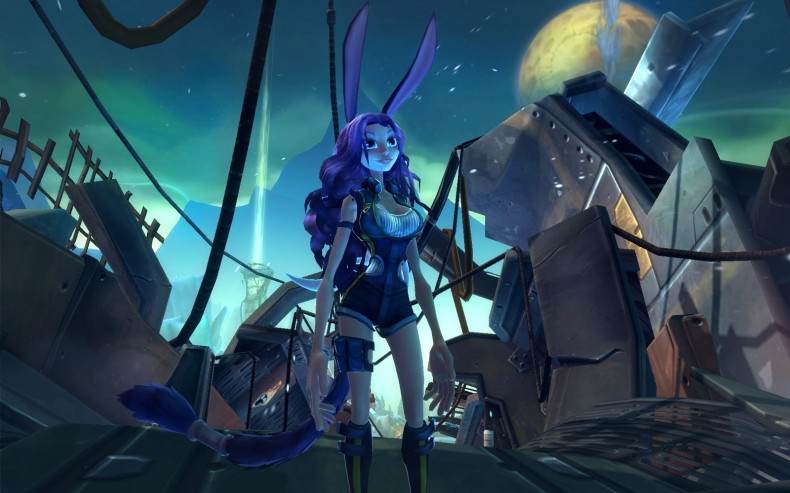 Wildstar from Carbine Studios is one of the newest MMOs to hit the market and will be available to play on June 3rd. (Unless you’ve preordered the game already, then you get early access.) So far the public knew that raids in Wildstar would consist of 20 to 40 members, which is quite a hefty number of raiders to take for a boss fight, but not much else. After waiting for months for some new info, the devs are finally speaking up and released a video about what players should expect when they enter a raid.

Telegraph Combat System: This system will keep fights fresh, random, entertaining, and challenging. Walkthroughs will not help you through these encounters as they are randomized and the boss fights complex.

Teamwork: According to the devs, this element is very essential to raids, as they always have been. No surprise here.

Replayability: Clearing the area and killing the boss doesn’t mean that the raid is done with. Every week something about the fight will shift and players will have to be prepared for the changes or die.

Loots: Of course raids aren’t going to be fun unless you have loot. And they are going to look rather shiny. Wildstar will have epic armor sets, powerful runes and gems, and lots of weapons for players to choose from.

Personally as someone who’s invested a lot of time in MMOs and raiding, I am stoked to see something like this. The replay element of the game should keep raiders entertained longer than a month and it seems like Wildstar is gearing towards the – ahem – “hardcore raiders.” I hope it means that fights will be harder, instead of having players grinding reputation or do an ungodly amount of dailies to make progress in raids or acquiring loot.

Wildstar is a vibrant and hilarious science fiction MMO focused on the planet Nexus. Players can choose from two factions, the Dominion – who believe that they have the right to rule the galaxy – and the Exiles, who are a ragtag bunch of races trying to escape from the Dominion and make a new home for themselves on Nexus.

Contributor Jennifer is a 22 year old whose love of games tends to keep her inside instead of outside in the Californian sun. Sheâ€™s pursuing a Bachelorâ€™s in English and loves games that tell a compelling story. With a brother that introduced her to games at a young age, and a fiance whoâ€™s majoring in video game design, Jennifer is surrounded by all things gaming. She also enjoys sushi, good thoughts, pizza, gardening, and Pathfinder.
You might also like
Carbine StudiosMMOWildstar

Wildstar: A Vibrant Revamp of the MMO Genre