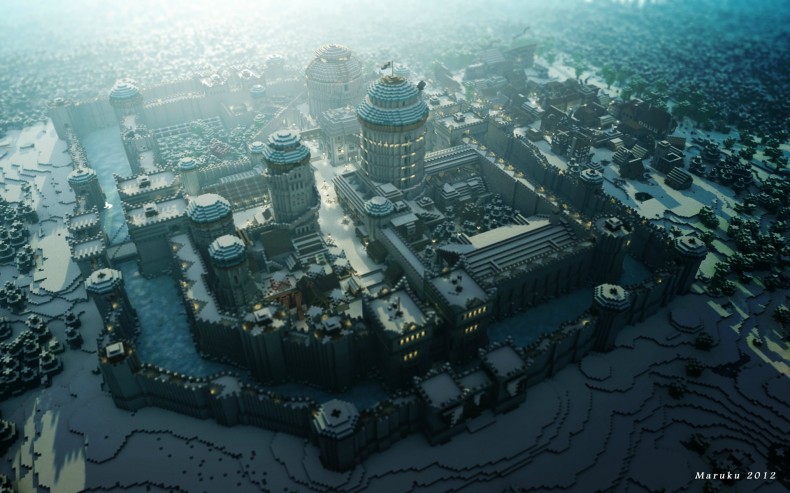 Sandbox games like Minecraft and Terraria are the building grounds for some jaw-dropping creations; from individual buildings, to towns and cities, to strange objects and figurers, these two sandbox games allow users to create just about anything on an epic scale. And here is another beautiful creation to add to the list, a group of people calledÂ WesteroscraftÂ built Winterfell from Game of Thrones. Westeroscraft meticulously crafted this marvelous rendition of Winterfell to have it match every last detail in the show. The results are stupendous.

Westeroscraft is not the first to build Winterfell but their version certainly is very popular, garnering 130k views in just six hours.Â The creative team also made a post on reddit where they explained they areÂ recruitingÂ people to help build future projects. ItÂ is unknown why the team only unveiled their image now – perhaps as a preview of what recruits will be working on – the image is dated back to ’12.

Check out another version of Winterfell in this ‘ere video.

Senior Staff Writer Rudolf is a Journalism graduate who has an obsession with video game collectorâ€™s editions, which is matched only by his objective of moving to Canada and firmly establishing himself as a games journalist. His taste for adventure can only be satisfied by action-adventure games, sizzling steaks and dreams of gliding through the air on a snowboard.
You might also like
minecraftTerraria