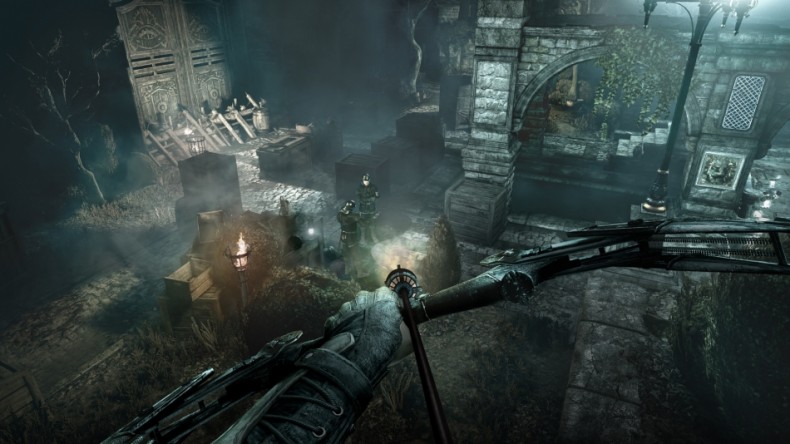 CD Projekt Red is back again with a new cinematic trailer called “Killing Monsters”, for The Witcher 3: The Wild Hunt. The trailer’s theme takes a pretty figurative slant on the title, “Killing Monsters”, and also shows how Geralt will have difficult decisions to make when approaching missions and characters. And as we’ve heard from the developers before; each choice will have its own set of consequences. Watch the trailer and tell us what you think!

While it was not a gameplay trailer, the “Uprising” Gamescom trailer for Thief shows an interesting Robin Hood-esque theme flowing throughout the video, with a city/nation encumbered with poverty, disease, and strife (echoes of Dishonored?), while Garrett acts the part of the game-changer; stealing from the rich and falsely-entitled, to give to the poor and needy citizens of the land. We’ve seen this theme a few times before in other games, so it will be interesting to see how Eidos-Montreal adds their own flavor to this much-used altruist trope in games. And by the by; the release date for Thief is February 25th, 2013 for the PC, Xbox 360, Xbox One, PlayStation 3, and PlayStation 4. Sorry, no Wii U version has been announced yet.

Dying Light by Techland may just end up surprising us. A mixture of Mirror’s Edge parkour, and Dead Island’s wide, open, zombie-filled city sandbox, this game might actually be something to keep on your radar. The ultra-realistic graphics seem a little tooÂ  similar to (but visually better than) Dead Island, and while we’re not completely convinced of its on-the-surface allure, we have been smitten by it’s fast and fluid gameplay. If done right, this game could be the go-to zombie game of the coming year. And with Techland finally expanding its studios out of Poland, their new office near Vancouver in Canada could provide the resources needed to help polish this game to perfection. Only time will tell.

Founder/Consultant Growing up in different countries, Karam has a unique global perspective about gaming. He brings with him that set of eyes and ears that can look at the state of gaming from afar. His gaming loves cover just about every genre, and he is a constant presence on Xbox Live and PSN. Karam is a Systems Administrator by day and lives in Georgia with his wife and three children. By night he transforms into Aye Karamba (Live) or Aaqiloon (PSN), and his virtual aliases live online.
You might also like
CD Projekt REDeidos montrealGarrett