Wolfenstein: The New Order Panzerhund Edition is $100, Does Not Include Game 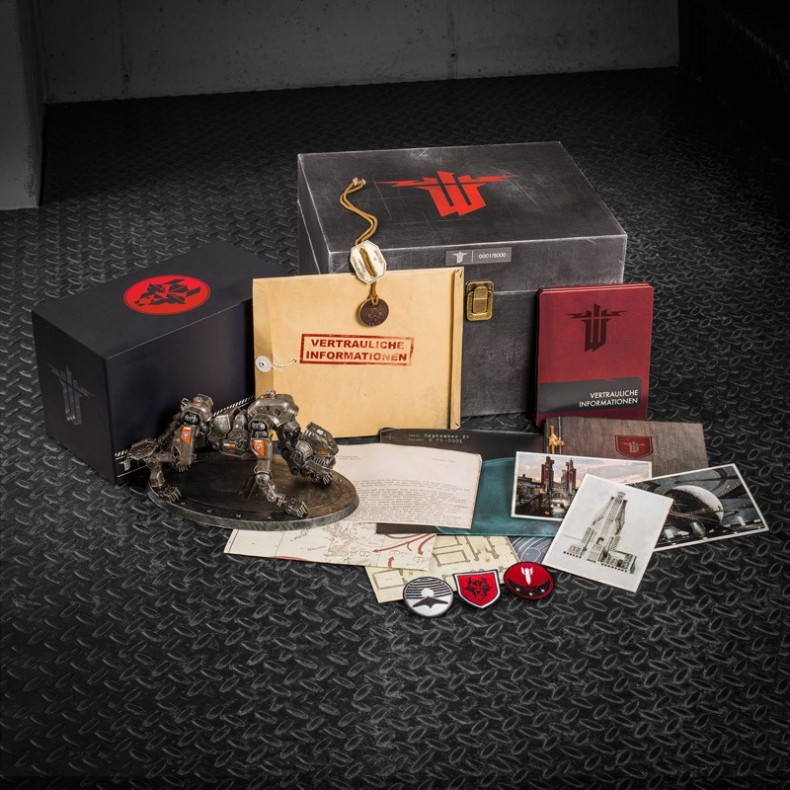 Bethesda announced the Panzerhund Edition of Wolfenstein: The New Order today which features several interesting pieces of merchandise but, amazingly, no copy of the actual game. Huh.

The Panzerhund Edition will include a handpained, “8” articulated Panzerhund statue”, 11 “classified documents”, an exclusive Steelbook with 14Â Â “full-color weathered-looking postcards”, three embroidered patches, and replica dog tags. All of that seems nice, sure, but it’s baffling why Bethesda thought it was a good idea to not include the game.

There will be a very limited run of 5000 copies of the Panzerhund Edition, so if you are interested be sure to pre-order your copy now. We expect there to be a lot of fan backlash at this reveal, so keep your eyes on SpawnFirst for any updates on the this very bizarre piece of merchandise.

Senior Staff Writer Colton Steury is a musician, writer, and fervent gamer who enjoys most any games, but is especially fond of RPGs, platformers, third-person shooters, and indie games. When he's not writing articles, composing songs, or gaming, you could probably find him eating potato chips and petting a cat. Generally, he is willing to accept potato chips/cats as currency.
You might also like
Wolfenstein