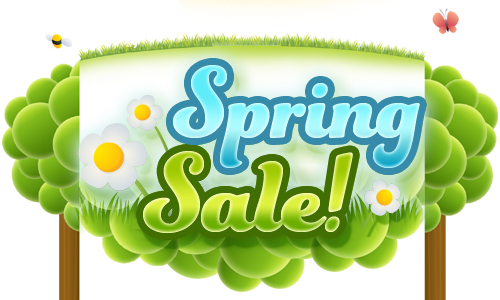 Xbox Liveâ€™s Director of Programming Larry Hryb or A.K.A â€œMajor Nelsonâ€ announced todayÂ the list of games that will be available at a heavy discount this week only. There are a handful of games and DLC on the 360 starting at 75% off includingÂ Borderlands 2,Â Assassinâ€™s Creed IV: Black Flag with all of the separate DLC, Fallout: New Vegas, and much more.

Xbox Live Games with Gold has a separate line up than the Spring Sale seeing as that is for everyone and Games with Gold is for XBLive subscribers only. During this months Games with Gold you will see a heavy Batman theme with offerings up to 75% off ofÂ Arkham CityÂ andÂ Arkham AsylumÂ while bringing youÂ Injustice: Gods Among UsÂ and add on content for 50% off with many more discounts to be had as well. The Xbox Spring Sale and Deals with Gold both end their reign on April 21st.Â You can check out this months Xbox sales on Major Nelsons blog here.

While PS Plus is still killing it with their free games Xbox Live Games with Gold is working hard to get up and running to be with Sony.

Avid hockey fan & lover of the Chicago Blackhawks. Most of my time, when I am not trying to figure out who Tyler Perry is, I am gaming, working, learning, watching hockey, or spending the day with loved ones. I believe in greatness from small beginnings. PSN: http://psnprofiles.com/darlingharbour
You might also like
Major NelsonsavingsXbox 360