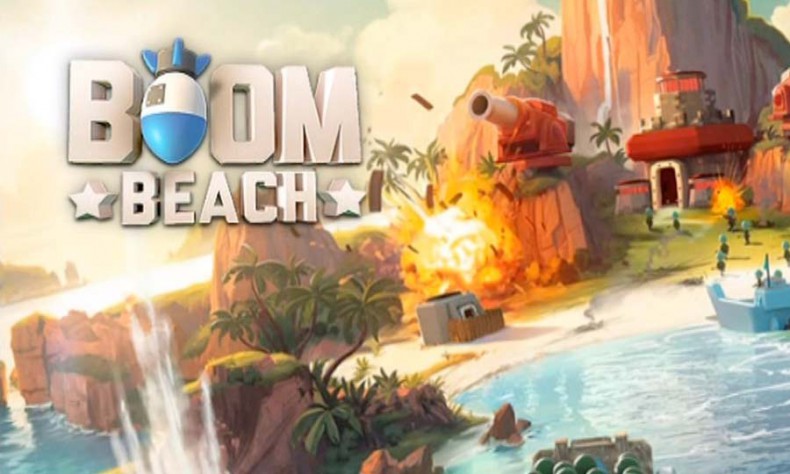 The Helsinki-based developers at Supercell have had a great couple of years. In 2013, they made Clash of Clans, which helped them take in an average of USD $2.3 million per day. Now, they’ve conquered the free-to-play gaming world again with Boom Beach, a war game where you must free a peaceful archipelago from the evil Blackguard troops that occupy it. There are so many features that make Boom Beach a must-play for casual mobile gamers, but here are some of the best reasons why I keep coming back for more. Boom Beach lives up to its name, and then some. This game is all about invading beachfronts and blowing things up. If you like either of those things, you probably like the other one too—which means you’ll get a kick out of every stage in Boom Beach. As you take out each Blackguard base and their defenses get tougher, you’ll get to see more and more explosions. It’s the fieriest fun you can have without invading the Philippines!

Put a stop to slavery

The Blackguard are seriously bad news…as if you couldn’t tell from the Nazi regalia. They haven’t started in on any actual genocide yet, but they’re holding the Kuali people captive on their own tropical islands and stealing their magical artifacts! (Yes, you read that right—see below!) Enslaving a whole culture is super rude and uncalled for, so you won’t just be blowing stuff up for your own amusement. You’ll be striking a blow for freedom around the (fictional) world.

Keep magic in the right hands Fun (and true) fact: Hitler loved the occult, and was obsessed with finding artifacts that could help him turn the tide of World War 2. Can you imagine what might have happened if he’d found statues like the Kuali people have—idols that give troops more energy, health, and killing power? It wouldn’t have been good for anyone, I can tell you that! So once you discover that the Blackguard is trying to take that power for themselves, I defy you to walk away from Boom Beach. Nobody deserves to live in a world dominated by magic Hitler—not even people that aren’t real. Sometimes you just need to take a break from the constant carnage of war to go on a little trip to the ocean floor. With a seaworthy craft and a decent radar system, you can do just that in Boom Beach! Climb aboard your very own yellow submarine and live a life of ease beneath the waves as you dive and search for sunken treasure. You’ll have to spend a bit of gold to find anything good, but the results can be incredible! You might even find a rare Power Stone in the briny deeps. There’s all manner of treasure to be found in Boom Beach if you’re a salty enough dog to go hunting for it. If there’s one thing better than a feisty redhead in uniform, it’s a feisty redhead in a tank commander’s uniform. The ladies of Boom Beach kick every bit as much tail as the men do—in fact, they kick more. Tanks are the heaviest-hitting units in all of Boom Beach, and if this game art is to be believed, your tanks will be driven by the most ruthless women in the hemisphere as they seek to blow every last Blackguard trooper to kingdom come. Just one question—is Scarlett Johannson available for the Boom Beach movie…?

I can only assume that you have more than enough reason to check out Boom Beach by now. Once you’ve downloaded it, you can head over to Boom Beach Cheats for all the help you need to get started on the right foot.

0 people like this
Android, iOS, Lists
boom beachclash of clansHumorMobilesupercell