Child of Light Release Date Around the Corner 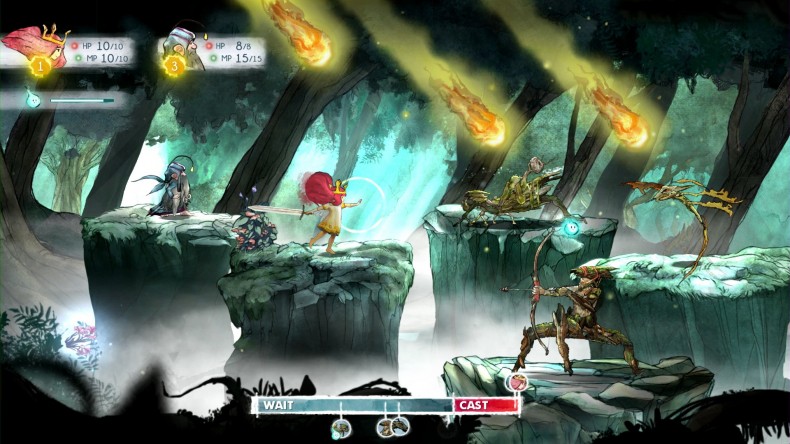 We’ve only caught snippets of Ubisoft’s JRPG-style turn-based combat game,Â Child of Light, along the way since June of last year, when creative director Patrick Plourde – who also worked on two of Ubsioft’s critically acclaimed franchises, Assassin’s Creed and Far Cry – announced the development of a new project over at Ubisoft Montreal.

In an interview with Digital Spy, Plourde cited his love for Japanese role-playing games, also mentioning a few of his personal favourites like Ogre Battle 64, Final Fantasy TacticsÂ and a few games from the Fire Emblem series. His love for the genre gave birth to a desire to develop the side-scrolling role-playing game that is Child of Light,Â tinged with Japanese influences, from the art to the fighting mechanics. However, despite this, Plourde mentioned leaving a few elements out of the game, saying that “From the start I didn’t want any random battles. This way players are in full control of when they want to fight and when they want to explore.”

Child of Light is somewhat related to another game with an almost similar name, called Child of Eden, which was created byÂ Tetsuya MizuguchiÂ and published by Ubisoft.

In case you missed it, check out the latest trailer of the game, depicting the world of Lemuria.

And for the first ten minutes of gameplay, have a look the this commentary free walkthrough video as well.

Child of Light releases worldwide on the 30th of April, and the PC download for the game can be downloaded from the Uplay storeÂ for 14.99 EUR.

Senior Staff Writer Rudolf is a Journalism graduate who has an obsession with video game collectorâ€™s editions, which is matched only by his objective of moving to Canada and firmly establishing himself as a games journalist. His taste for adventure can only be satisfied by action-adventure games, sizzling steaks and dreams of gliding through the air on a snowboard.
You might also like
assassins creedchild of lightFar Cry