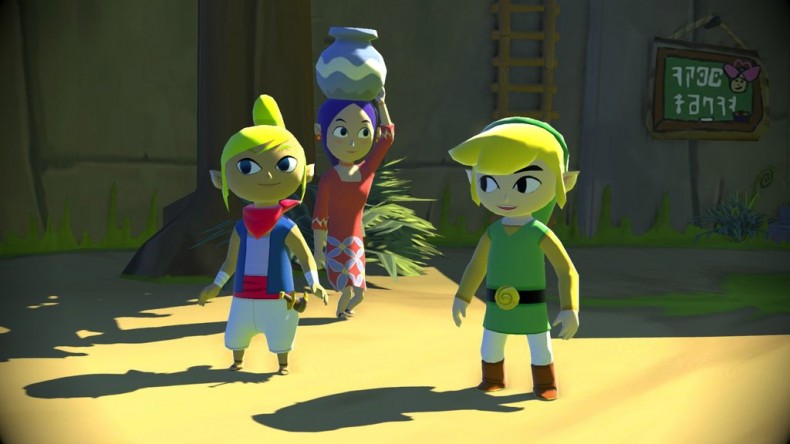 Concept
B
Fun
A
Potential
A-
Vision
B+
Total Score
A-

We got a short exclusive opportunity to try out the new Wind Waker HD coming out to Wii U this year. After getting a chance to see Wind Waker on the Wii U thereâ€™s only one word that comes to mind: Smooth. A playable boss fight and a free roam of Outset Island were the two options for the demo and here’s what we thought…

While on Outset Island I messed around with controls and inventory. Twilight Princess was the first Zelda game to implement motion controls, and now Wind Waker will be the first to implement the Game Pad. When switching to my bow or grappling hook it felt natural to use the Game Pad to aim and look around. The gyroscope workedÂ innatelyÂ well and I didnâ€™t have any trouble with aiming quickly and precisely. The Game Pad shows your inventory, a mini map, and other quick bits of information. My only qualm with the Game Pad implementation would be switching inventory. Youâ€™re able to map items to certain buttons (per usual) in real time, but with the addition of the touch screen I figured you could have “quick items” (mapped to buttons) and just items in your pack that you tap to equip. Thus no longer having to keep out your three favorite items; now everything would be available! This was not the case. I intuitively tapped on my boomerang only to find out it did not equip. I had to tap and drag it to a mapped button and then use the button to equip it. Without the ability to quick select items, the game pad becomes an always-on start screen. 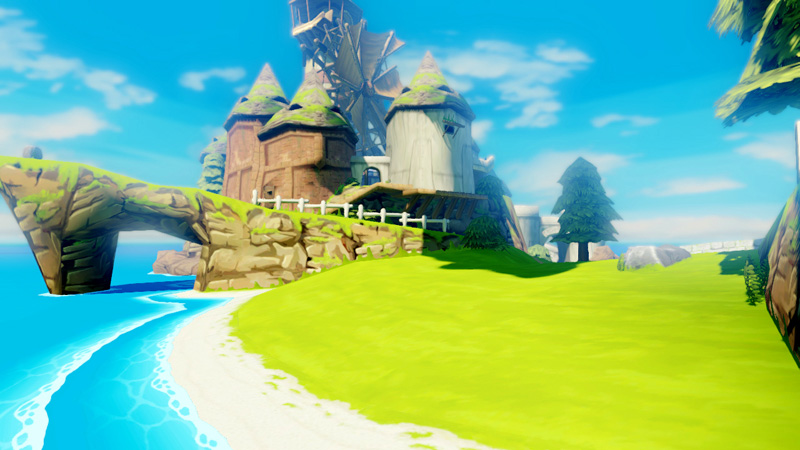 Next was the boss demo; finally some action. This is where â€œsmoothâ€ really hits you. As I was fighting Helmaroc King (giant bird; 1stÂ boss) I was amazed at how fluid the camera and frame rate were. Nothing was jumpy or snapping to a pre-programmed location, even when centering the camera behind Link I felt eased into it; not jerked behind him. I spent several seconds just running in circles admiring the lack of hard edges and the cameras ability to follow me and maintain my lock on Helmaroc. This made the game fun to watch and easy to follow with your eyes.

Other than those details; itâ€™s Wind Waker. The game you know and love wrapped in high definition and the smoothest cel shading Iâ€™ve ever seen. You do have the option to play on the Game Pad, a common feature among Wii U games, however I don’t see why you would want to. Nintendo FINALLY comes around to HD and then they allow using the Game Pad for video output? Heck no, Nintendo! I want to see these games up on my HD TV! I canâ€™t say if anything more has changed or if theyâ€™re going to change more. My fingers are crossed for quick-select using the Game Pad though.

To me, the most important thing is story and game play. I already know Wind Waker has a solid story and other than the lack of quick equip (say that 10 times fast) thereâ€™s nothing that will really distract me from the smooth, cel shaded beauty of the Great Sea. More to come upon its release. Who’s excited!? Sound off in the comments below.

Versus Mode Co-Host/Creative Co-Director Chris is ridiculous. True story: instead of paying rent one month he bought a Nintendo 3DS. Being a fan of all gaming platforms is tough on his wallet, but he's a gamer on a budget. He plays his PS Vita or 3DS while on the train to/from work and his Xbox 360 or Wii U when at home. He won his university's Video Game Olympics competition back in April of 2012 and mentions it whenever he can in conversation. His other interests include comedy, surviving Chicago, and hangin' out with his pup, Theta.
You might also like
NintendoWii UWind Waker