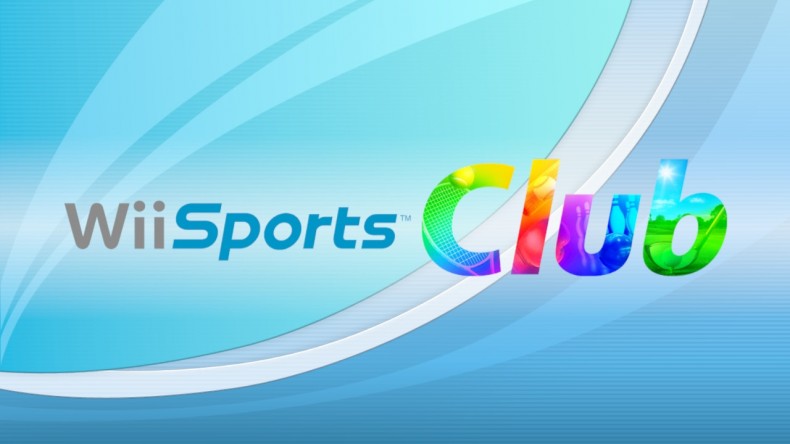 The original Wii came out swinging in 2006, bringing with it the out-of-nowhere hot seller Wii Sports. Everyone knows about the splash the game made, getting the elderly and casual to grab a controller for the first time and enjoy recreations of some of their favorite sports, with Bowling and Tennis standing out as two of the favorites. The game went on to break records and get a Motion Plus enhanced sequel in the form of Wii Sports Resort.

Itâ€™s been 7 years since Wii Sports shook up the industry (for better or for worse,) and Nintendo has resurrected the game in HD on the Wii U. Titled Wii Sports Club, the downloadable collection features remade versions of tennis and bowling, online play, and the titular â€œClubs,â€ which group players by location and let different parts of the world compete on a large scale. 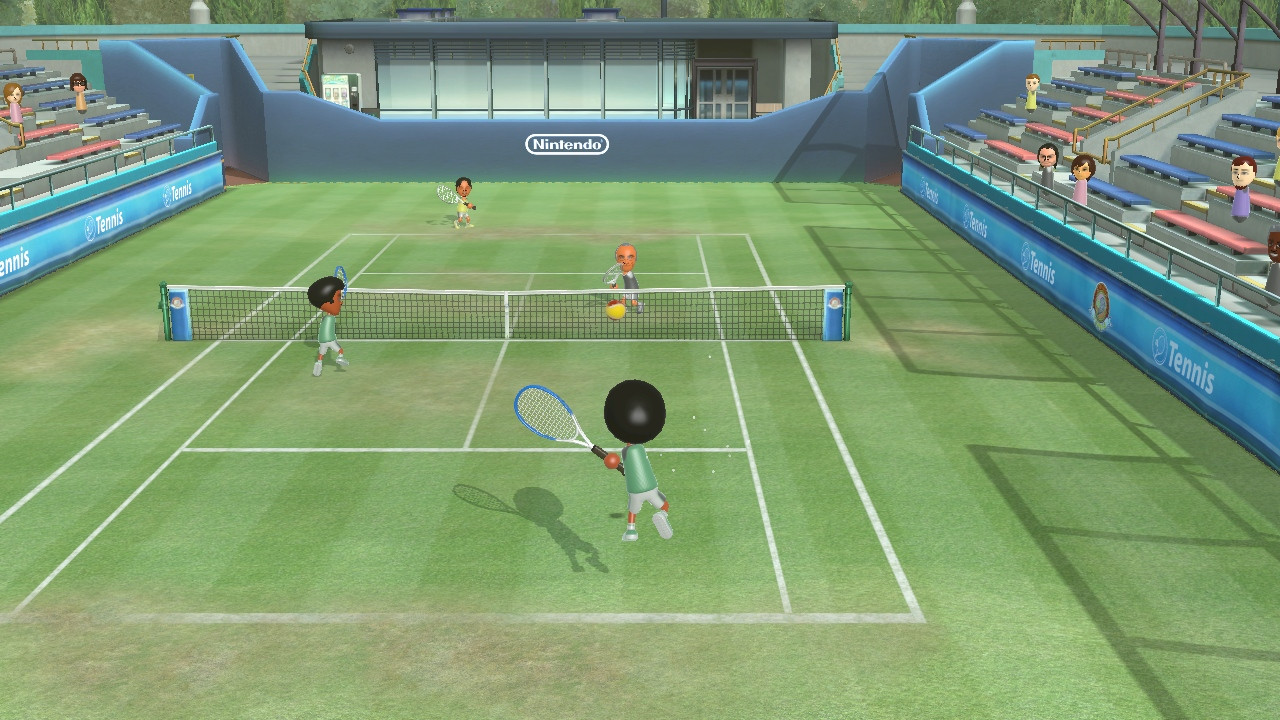 The two sports currently on offer, bowling and tennis, both play very much like youâ€™re used to. Theyâ€™ve been updated with Wii Motion Plus support, which actually makes the games a bit more challenging due to the added precision. Itâ€™s a double-edged sword; the game has a bit more depth and is more interesting because of it, but now itâ€™s less inviting and might push some casual players away, which is, presumably, the target audience. I find the precision refreshing, where I had perfected ways to trick the controls in the original game. I couldnâ€™t just fall back on gaming the controls when I wanted to win.

Both sports feature training mini-games which are a fairly fun distraction, and let players get accustomed to the more precise controls. They arenâ€™t going to win anything over the main games, but theyâ€™re welcome additions that certainly donâ€™t take anything away from the experience.

Online play is pretty well done, if a bit simple. Finding a match is almost instant; I never waited more than a few seconds to get into a game, which is incredibly impressive. Once in a game, it all comes down to the connection quality. A good connection seeâ€™s the game running almost lag free, which is a feat for a motion controlled game, but the moment lag sets in, it almost never lets up and makes the game difficult to enjoy. In my experience, I generally stayed on the north end of connection quality, but I canâ€™t speak for everyone. Mid game, you can use premade messages to express your feelings using the Wii Remotes D-pad. Itâ€™s sort of funny once or twice. 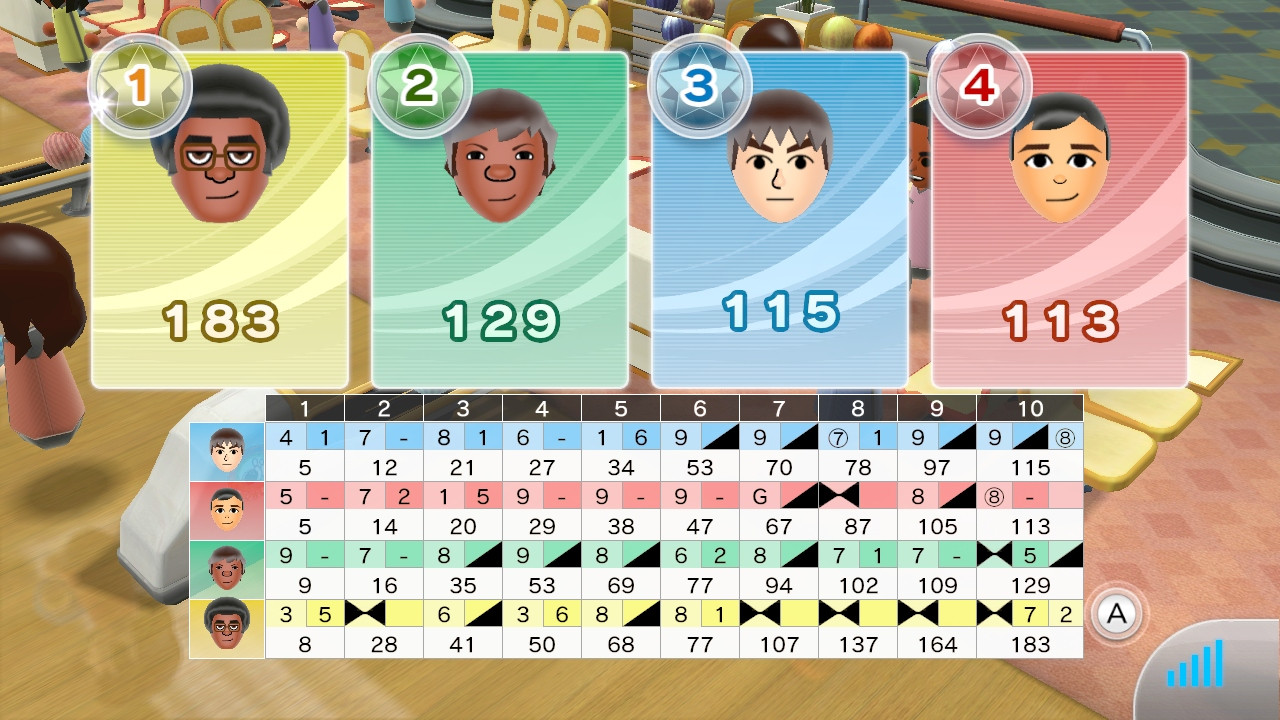 Winning is always fun though!

Visually, the game isnâ€™t a big upgrade over the original. Everything is a tiny bit more detailed, with improved lighting and textures, but itâ€™s nothing thatâ€™s too noticeable without looking closely. The game runs in 1080p widescreen and 60 frames per second, which is nice. The graphics retain their charm, however, keeping things neutral and basic to appeal to a wide demographic.

Wii Sports Club uses a strange pricing system, treating the game as if it truly is a gym or club. Playing both games for a day, after the trial period, requires the purchase of a day pass, which costs $1.99. This might be good for party or family nights, but itâ€™s a purchase thatâ€™d have to be made for every subsequent day of play. The other option is to buy â€œUnlimited Passesâ€ for the individual sports. Full ownership of the games current content is $19.98. If the online play finds an audience, it may be worth the cash, but currently, I could just pop my old Wii Sports disc into my Wii U and have fun with friends. Other sports will become available later, also at $9.99 each, potentially making it a $50 dollar game, which is a bit too much in my opinion.

Overall, my impression is that itâ€™s more of the same, with a nice bump in resolution, control, and online play. Itâ€™ll be up to players to decide if those three upgrades are worth the money, but that decision shouldnâ€™t be difficult considering the trial period. I still find the games fun, and playing with people around the world is cool, but I wonder if Wii Sports Club can bring its old fans (figuratively and literally) back to the virtual court.

Contributor Geron's been into games for as long as he can remember. From fighting Octoroks to studying graphic and game design at GMU, the guy's been around the block when it comes to interactive entertainment. When he's away from a console, he's working on his next piece of art. Fun Fact: his first published artwork was in issue #144 of Nintendo Power Magazine, when he was only 10.
You might also like
eShopHDonline