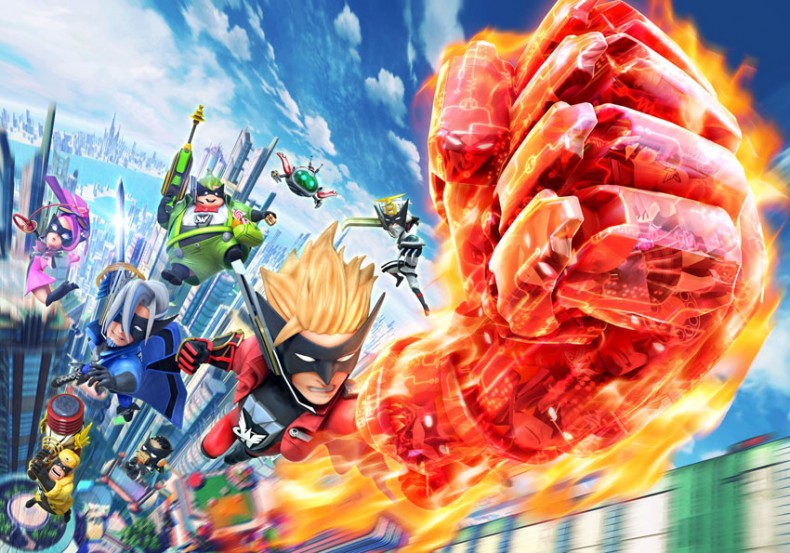 Concept
A-
Fun
B+
Potential
A+
Vision
B
Total Score
A-

This past week, Spawnfirst had an opportunity to try out the Wii U exclusive title, The Wonderful 101, set to hit shelves this September. It’s a creative new game that makes great use of the Game Pad, and really entertains.

We got to try out the beginning of the game where Wonderful Red, Blue, Pink, and Green get together and start recruiting citizens to help them fight off an invasion. From the start we were captivated by the cinematic direction of the game. If youâ€™ve played Viewtiful Joe then you should have an idea of what the game is all about. The game is directed by Hideki Kamiya and produced by Atsushi Inaba, both of whom worked on Viewtiful Joe, so you can imagine the over-the-top cinematic direction and the abundance of special effects.

You fight off the alien horde while the Game Pad notes your team membersâ€™ locations. You can see where fallen comrades lie, and how big your team is at a glance. What was really exciting was that you can change which screens show what. So the TV can show your team while the fight rages on the game pad, or vice versa. Our favorite function, however, was an option to show both screens on the TV. Your Game Padâ€™s screen is shown in the bottom right hand corner so you can get the Game Pad information you need without having to lose sight of whatâ€™s going on during your fight. This makes it easier to draw and use the touch screen capabilities which are very much needed. 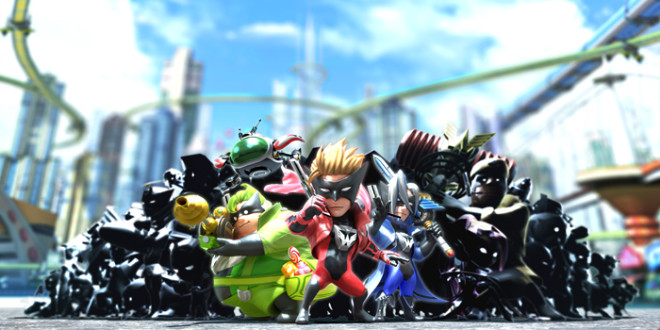 During your fight, you draw weapons on the screen and your heroes create that weapon.Â Â Draw an â€œLâ€ and your team create a big green gun for distance fights.Â Â Draw an â€œSâ€ and watch as recruits create a whip, great for spinning in circles when in tight places. However, this unfortunately shows the problem that comes with two screens: you canâ€™t see both. We think itâ€™s great that the Game Padâ€™s screen can be shown on your TV, allowing you to see what youâ€™re drawing on the game pad without having to look down, but to us this seems like a design flaw, having to look up and down constantly. What weâ€™re trying to say is that Sony might have made their PS4 touch controller functionally betterâ€¦but thatâ€™s not the point!

WonderfulÂ 101Â was truly entertaining. Playing the game gave us a sense of awe and wonder, where we constantly wanted to see what else we could do in the game world. As you recruit citizens and upgrade your “unite” abilities (the whip, gun, etc.), andÂ your own abilities, the game gets progessively imaginative. Wonderful 101 gets a little chaotic as your team grows. You recruit survivors by drawing a circle around them on the game pad. They join your forces and your attack damage increases along with your team size. After we rescued about 10 groups of survivors, the action got a little too crazy. It was hard to really capture what was going on with so many sprites running around. Hopefully next time we’ll get a little more time to get familiar with the game.

Our first impression of Wonderful 101 is a bigger, badder, more ‘view’tiful version of Viewtiful Joe. There’s not a doubt in our minds that we’ll be seeing this title in our Wii U collection in the near future. Stay tuned for a full SpawnFirst review of Wonderful 101 when it releases in September of this year. In the meantime, sound off in the comments below on what you think!

Versus Mode Co-Host/Creative Co-Director Chris is ridiculous. True story: instead of paying rent one month he bought a Nintendo 3DS. Being a fan of all gaming platforms is tough on his wallet, but he's a gamer on a budget. He plays his PS Vita or 3DS while on the train to/from work and his Xbox 360 or Wii U when at home. He won his university's Video Game Olympics competition back in April of 2012 and mentions it whenever he can in conversation. His other interests include comedy, surviving Chicago, and hangin' out with his pup, Theta.
You might also like
ActionBayonettaNintendo