Concept
B-
Fun
A-
Potential
B
Vision
A-
Total Score
A-
Please note that all impressions are based on a select portion of a game that has not been fully released yet. Much is still subject to change, and this does not necessarily denote the quality of the finished project. As always, opinions in the article are subjective to the writer.

From our visit to Xaviant earlier this month, we had the opportunity to play-test an early build of Lichdom, thanks to Michael McMain and Tim Lindsey. Read on below to see what we thought of the game.

(Editorâ€™s Note: We played through a pre-alpha build of Lichdom. Please remember, our experience playing through this build is in no way indicative of how the final product will play)

Entering into the low-lit room, Vernon and I were greeted by rows of cubicles lined down the two long walls of the rectangular room. Each cubicle had its own computer terminal, headphones, controllers, and video cameras.

Michael and Tim introduced the area as the â€œlabâ€. This place is where all the recent builds of Lichdom are tested by employees and guests. Having play-testing sessions helps the developers and designers at Xaviant figure out what elements of the game can be improved, modified, and removed from the latest builds. It also helps them assess from capture equipment, gameplay metrics, and player feedback, how players favor certain areas, at which points they get stuck, where bugs and glitches occur in the build, and the reactions of the players during key moments in cinematics and gameplay.

The testing is usually focused from day-to-day; between content, storytelling, level design, pathing, combat, and features. Usually, at the end of every day, judgments are made about which direction to take the game, based on the experience gained from play-testing new builds. Usually, if any of the developers or designers have issues or points of contention about the different aspects of the game, theyâ€™re told to table it and bring it to the play-testing lab, where they can work through their concerns while playing the game. Actually seeing where issues lie while playing a game that youâ€™re designing, helps foster a much better understanding of where improvements can be made. 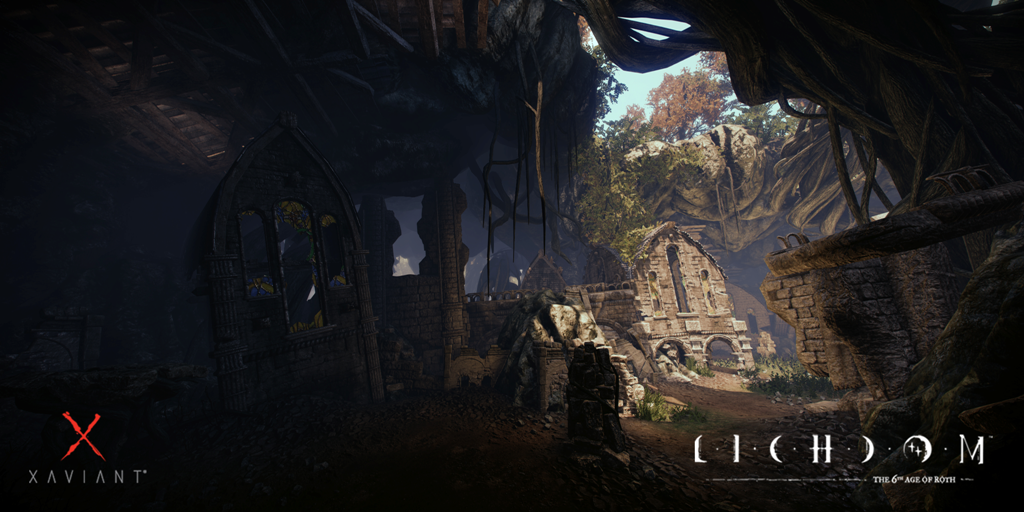 The build that we played through was an actual pre-alpha game build (several are pumped out from a build machine every day). It wasnâ€™t prettied up for any potential game journalist visits. This was the real deal. This was what the developers and designers slaved throughout the day to output; a better playing build.

Michael and Tim gave us the lowdown on the location (Riftwood) that weâ€™d be playing through in the recent build, and a minimal tutorial on gameplay and spell casting. Once we had some idea about the controls, Tim asked if he could record our gameplay (and reactions, through the aforementioned cameras). Not even missing a beat, we both yielded our approval to them; the faster we got our grubby mitts on this alluring game, the better. After a few moments, Tim and Michael left us to our own devices and ran back to the observation room, (which has equipment that catches gameplay metrics, captures direct video play-tests, and also player reactions to what happens onscreen) to watch us from afar.

We both started in an area called Riftwood, which is one of the first areas that Xaviant has released to the public view. Itâ€™s an arboreous area, spotted with substantial hills, cliffs, and a few caves. After a slight story element played out, we proceeded into the area proper. Tim had previously stated that we would be collecting loot around the area (if you recall from the interview article last week, loot is a major part of the game; it defines your character and play-style). He also mentioned how we could modify our spells using the various loot pickups. We can change how a spell is delivered or targeted, and what attributes we can modify, like augmenting damage, or changing the property of a spell (how many enemies you can chain with your lightning attack, etc.) We started with the 3 basic spells, which are Fire, Ice, and Lightning. Each of these spells have their own versions as well; light and focused, heavy and wide, and the third is usually all out destruction. For example, Fire can be sent out in an acute shot, have an area-of-effect attack, or rain down fierce firebombs from the sky. The same goes for Lightning (which mostly stuns and chains enemies), and Ice (freezes your enemies for a short period of time). The two other spells that we didnâ€™t have a chance to play were Gravity and Corruption. From what Michael and Tim told us about those two spells, maybe we should have made some time, because they both sounded pretty fascinating. 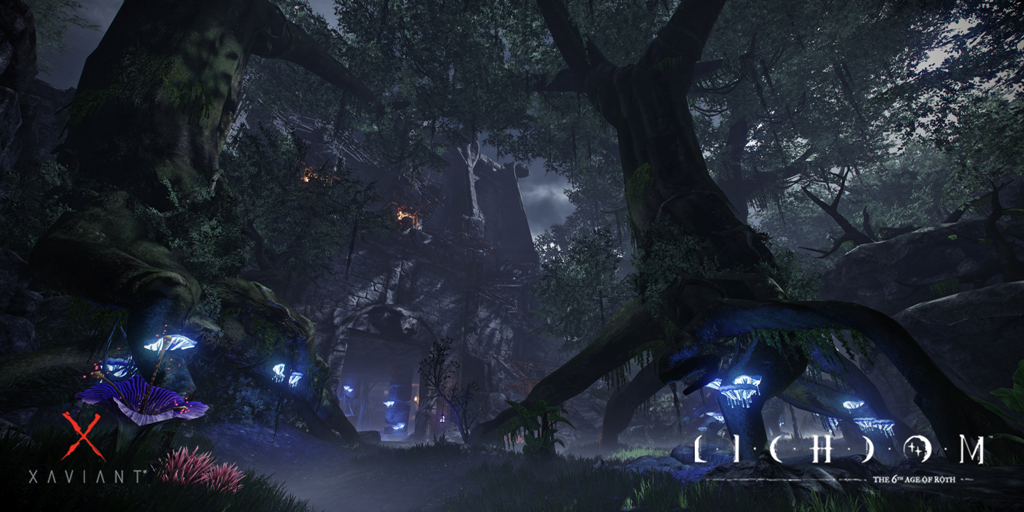 After using one of the more powerful attacks of each spell, we could see that each subsequent use of the same attack would take longer to charge. The humming auditory cue of our efforts to prime the attack grew more prolonged, and at that point we understood that we really didnâ€™t need a gauge to tell us how much longer it would be before our â€œheavyâ€ spell would be ready; the modulation of the windup was effective enough. This is quite an innovative way to inform the player without using a gauge or visual cue.

Another combat element that we thoroughly enjoyed is the evade move. Once activated, you can move in any direction in slow motion. It adds quite a wild pace to the combat, since you can anticipate a hit, evade it, and then cast your spell. One thing that I did question a little was that I couldnâ€™t seem to cast a spell while evading. I think that would add even more of a dynamic aspect to the combat. Melee was non-existent, or at least I couldnâ€™t find a button or button combination to initiate it. Even a close-quarters magic attack would have sufficed. Again, this was only a pre-alpha build of Lichdom, so things may be quite different in the final game.

The enemies in the build were pretty standard, mostly utilizing their clubs and axes. These â€˜lighterâ€™ enemies were apparently out for blood, because each time we were noticed from afar, we were rushed immediately. The AI was sufficient and smart enough to try to edge through to our peripherals; trying to flank and catch us off-guard. This came more into play when the â€˜heaviesâ€™ carrying shields were introduced (and apparently, the lighter enemies worked in tandem with the heavies.) There were various times when we took a few good smacks to the head by some unnoticed â€˜lighterâ€™ enemies, who took the opportunity to do so, while we were engaged with their larger and less timid brethren. Still further on, we battled with a new ranged enemy type. These ladies apparently suffer from a Scorpion complex and hurled spiky chains at us non-stop. Once impaled, we were dragged in, all the while being attacked by other assailants. At that point, it wouldnâ€™t have been out of place to have heard a â€œGet over here!â€ being echoed throughout the mountains of Riftwood. 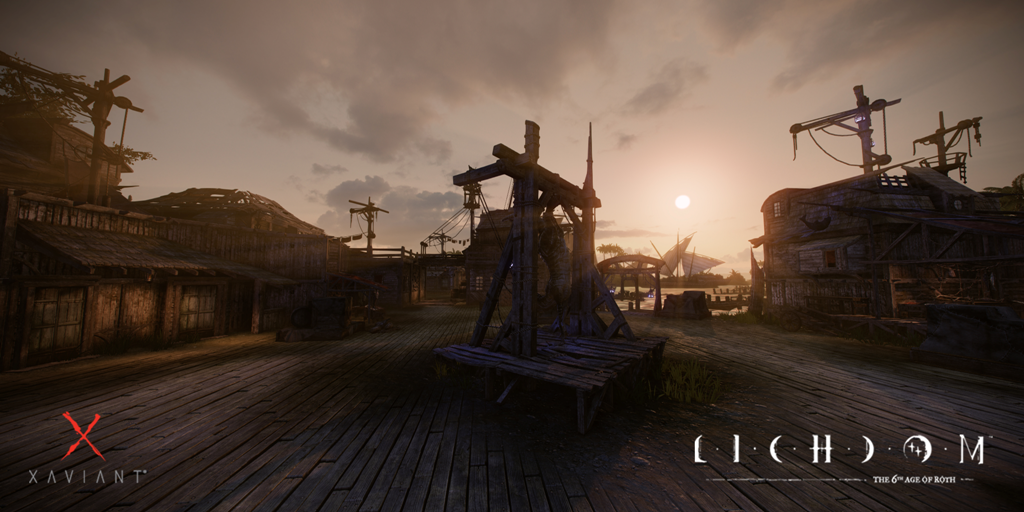 Both Vernon and I went through different experiences playing through the map. Vernon went into more of a mage-like mode; picking up more loot drops than me, and augmenting his spells. I was in pure FPS mode; playing the game as if I were playing Call of Duty or Halo; running around with wild abandon, â€œshootingâ€ my spells and strafing around enemies, not really caring about compounding the strength or effects of my spells. Playing as a mage through Skyrim and Lichdom are a complete night-and-day difference. With Lichdom, I felt more in control of my casting. More like a shooter. And you know what? I enjoyed it.

The environment of Riftwood was stunning, even in this early build. The resourcefulness and skill of the developers and designers was apparent throughout the map. The foliage and environment looked incredible (to me it was at least on par with Skyrim), the skybox was convincing, and the enemies were well-designed and primal.

Check out the Lichdom Combat Teaser below:

After Vernon and I completed our jaunt through Riftwood, Tim and Michael proceeded to show us an impressive cinematic involving an NPC character. Vernon approached his interaction with the NPC as if it were some sort of quick-time event (read as: he quickly dispatched the NPC). I on the other hand, chose to sit back, relax, and watch the absorbing cinematic. Tim and Michael were both pleased by each of our reactions. The whole point is that we had a choice; we could sit there and listen to the story, or we could outright affect the event if we wanted to. This aspect of direct involvement or passive observation with certain story elements and interactions is also one of the key facets that Lichdom will provide for its players.

So what do we think? Overall, we enjoyed our time play-testing Lichdom, even with such an early build. With its unique spell-casting and loot system, beautiful environments, engaging and decently smart AI, striking in-game cinematics, and intriguing story, Lichdom is one game that weâ€™re going to keep a close eye on.

Do you want to experience Lichdom for yourself? Do you live around the Atlanta metro area? Youâ€™re in luck: Xaviant is holding monthly play-test sessions and they want everyone to join in on the fun. Apply at the following link and help them field test the game:

Founder/Consultant Growing up in different countries, Karam has a unique global perspective about gaming. He brings with him that set of eyes and ears that can look at the state of gaming from afar. His gaming loves cover just about every genre, and he is a constant presence on Xbox Live and PSN. Karam is a Systems Administrator by day and lives in Georgia with his wife and three children. By night he transforms into Aye Karamba (Live) or Aaqiloon (PSN), and his virtual aliases live online.
You might also like
Hands OnLichdomMichael McMain