NCAA is Back in the Game! 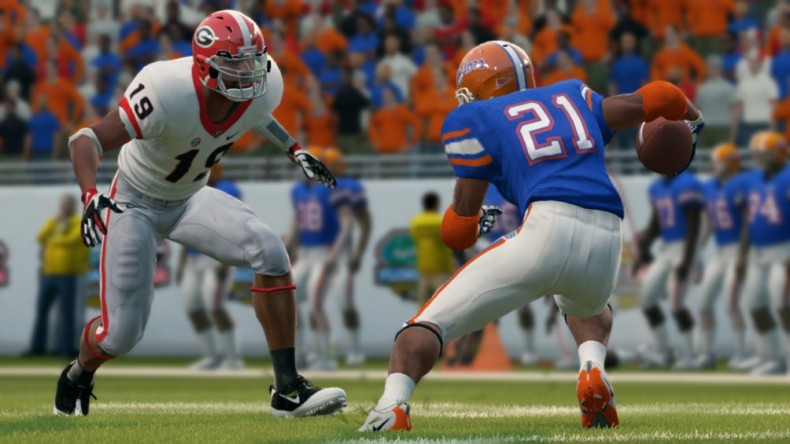 Concept
A-
Fun
A
Potential
A-
Vision
A-
Total Score
A-
Please note that all impressions are based on a select portion of a game that has not been fully released yet. Much is still subject to change, and this does not necessarily denote the quality of the finished project. As always, opinions in the article are subjective to the writer.

NCAA is Back in the Game!

The next annual installment of EAâ€™s college football offering is less than two weeks away, so it was with great anticipation that I played the NCAA Football 14 demo (now available for download on Xbox Live and PSN).Â  The first impression gives you that same familiar feeling, but you can tell that there are subtle differences.Â  Present as always are the usual small, stylistic changes that are made year to year in the title screen and menus.Â  Itâ€™s there that we get to our first new surprise: now thereâ€™s a Nike Skills TrainerÂ  to help teach you the basics of the Total Pass ControlÂ  system, as well as the option. The Skills Trainer runs you through basic drills in offense and defense, and then puts you through some 11-on-11 executions to try out the skills youâ€™ve just learned. It’s a welcome addition and a big help for players to pick up the basics of an option attack, and how to aim passes to help complete those critical passes late in the game. 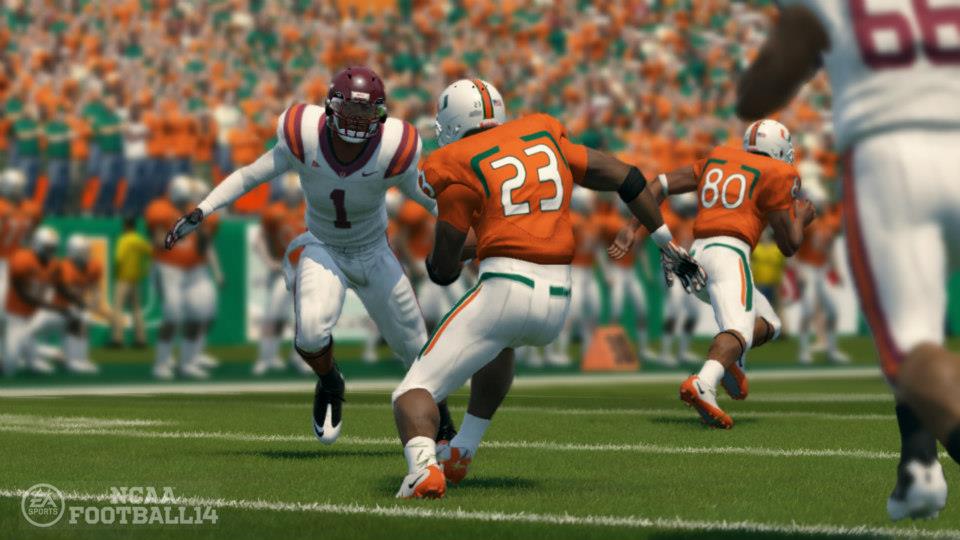 There are three match-ups available in this yearâ€™s demo.Â  You can choose between Ohio State-Michigan, Oregon-Texas A&M, and Alabama-Virginia Tech.Â Â  After trying them all you get a good sense in the changes to this yearâ€™s game.Â  EA has made giant strides forward with offensive line blocking, giving it a much more realistic feel than anything theyâ€™ve had in years past.Â  Your players actually seem to be engaging the defense and trying to make the blocks like they should be made!Â  The option attack is actually now an option (pun intended!), where in years past it was easily shut down and couldnâ€™t be used as your go-to play-book.Â  Another big change is the passing. While EA has employed Total Pass Control for some years now, in this yearâ€™s version the ball actually follows an arcing trajectory.Â  No more passes flying 40 yards down the field only six feet above the ground and easy pickings for the defense.Â  Passes can now be dropped in over the playerâ€™s shoulders and thrown over the defensive players.Â  With these simple, yet crucial, offensive changes, EA has already assured players of a great game (and we havenâ€™t even covered the defense yet!). 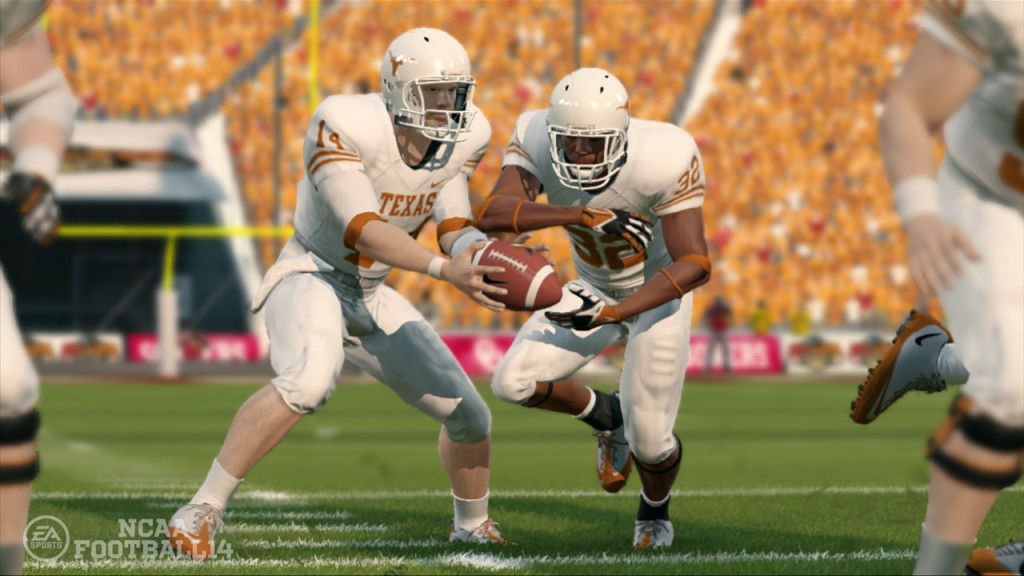 Gone are the defensive players that performed more like automatons than humans.Â  We no longer have the DB who can run backwards faster than the WR can run forward.Â  EA has added a much more realistic action to the players and this has really opened up the offense and made the defenseâ€™s job harder.Â  The plays seem to be the same, but with the tackling engine changed yet again, you get much more realistic tackles, as well as players swiftly getting tired faster from being tackled. The depth will become much more apparent as the games go on.Â  With the new blocking defenses, players can now take better advantage of mismatches on the DL and help out their DB. 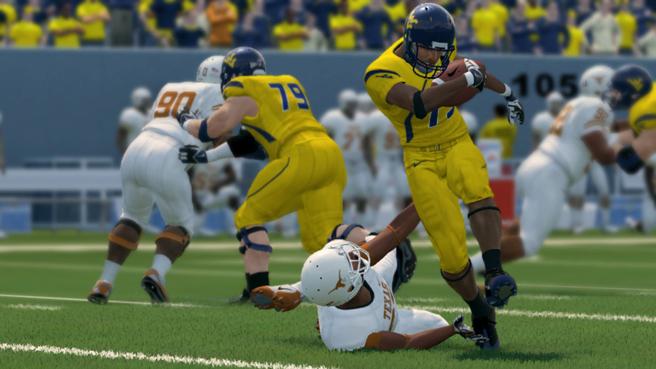 EA has made some great strides the last few years and this game is no exception.Â  With the changes not apparent in the demo (assistant coaches affecting the team, a new, faster recruiting system) it would seem that EA definitely listened to the feedback of NCAA fans.Â  It remains to be seen how the changes that have been made will affect the long multi-season online dynasties, but honestly, it looks like EA scored another touchdown with this latest iteration. Now they have me staring at the calendar waiting for July 9th!

Founder/Consultant Growing up in different countries, Karam has a unique global perspective about gaming. He brings with him that set of eyes and ears that can look at the state of gaming from afar. His gaming loves cover just about every genre, and he is a constant presence on Xbox Live and PSN. Karam is a Systems Administrator by day and lives in Georgia with his wife and three children. By night he transforms into Aye Karamba (Live) or Aaqiloon (PSN), and his virtual aliases live online.
You might also like
EAEA Sports