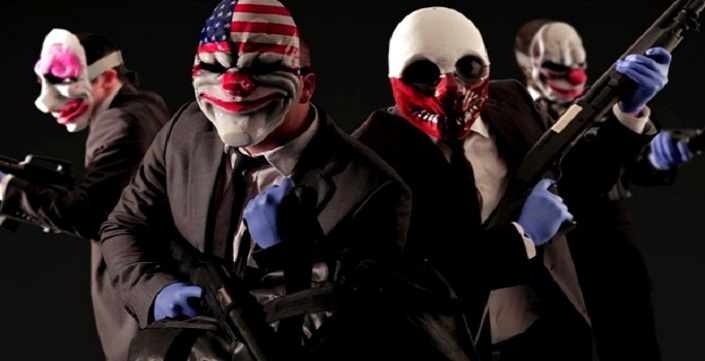 Expected to be one of the biggest sleeper hits of the year, Payday 2 is looking to capture everyone by surprise on the PlayStation 3, Xbox One, and PC, this coming Tuesday, August 13th, 2013. The original PaydayÂ  came out as a PSN exclusive and astonished many a gamer with its pristine co-op play, and interestingly deep heists.

Thanks to developers Overkill Software, Payday 2 looks to amp up just about everything about the original, including better gunplay and combat, skill trees, more varied and diverse play maps, and emergent mission designs. And this time, PC and Xbox 360 players get to join in on the fun.

Let’s look at a Payday 2 gameplay preview by christrout91, as he attempts one of the many missions included in the final game. Payday 2 is aiming to provide the co-op satisfaction that the Left 4 Dead series provides.

Next week, spawn back and check out our review to find out what we think about this much improved sequel, and get ready to get your heist on!
Gameplay Video, PC, Previews, PS3, Xbox 360
505 GamesCo-opLeft 4 DeadOverkill SoftwarePaydayPayday 2

Founder/Consultant Growing up in different countries, Karam has a unique global perspective about gaming. He brings with him that set of eyes and ears that can look at the state of gaming from afar. His gaming loves cover just about every genre, and he is a constant presence on Xbox Live and PSN. Karam is a Systems Administrator by day and lives in Georgia with his wife and three children. By night he transforms into Aye Karamba (Live) or Aaqiloon (PSN), and his virtual aliases live online.
You might also like
505 GamesCo-opLeft 4 Dead