Unreal Video Shows How Bots Could Ruin Titanfall, and Other Concerns 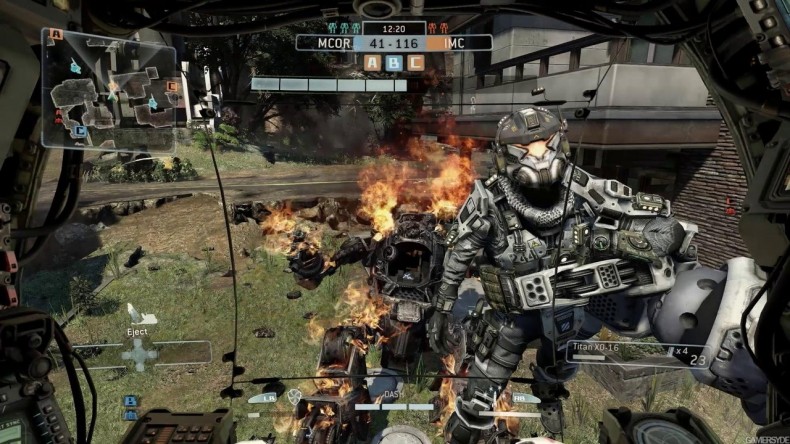 I’m going to go out on a limb here and say that most of you have probably been enjoying the Titanfall beta for the past couple of days (and hopefully Respawn will allow us to enjoy the beta for another good week or so). The battles are epic, the 2 maps included are perfectly laid out, and the gameplay is just pristine through and through, yet there are still some people who are not comfortable with the gameplay.

YouTube user ONLYUSEmeBLADE has played through the beta extensively, and even though he enjoyed the game, he didÂ  have some major concerns with the gameplay. Notably, the ease with which the artificial intelligence can be killed (and thusly, abused to get Titans faster), the over-powered melee kick, and the way that the Titan’s are available to everyone (well…it isÂ named Titanfall for a reason…)

Check out ONLYUSEmeBLADE’s commentary below, and let us know whether or not you agree with the pain points that he has with Titanfall.

(Note: For the record, just about everyone here at SpawnFirst is enjoying the beta immensely.)

Founder/Consultant Growing up in different countries, Karam has a unique global perspective about gaming. He brings with him that set of eyes and ears that can look at the state of gaming from afar. His gaming loves cover just about every genre, and he is a constant presence on Xbox Live and PSN. Karam is a Systems Administrator by day and lives in Georgia with his wife and three children. By night he transforms into Aye Karamba (Live) or Aaqiloon (PSN), and his virtual aliases live online.
You might also like
EARespawn EntertainmentTitanfall