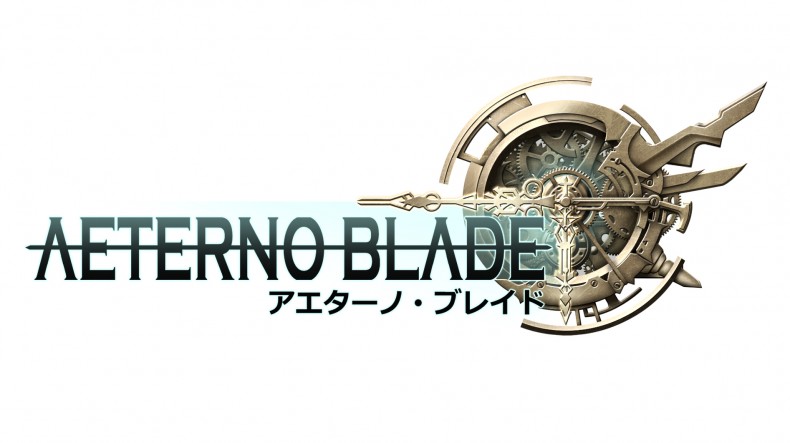 AeternoBlade isnâ€™t by any means a bad game, and has several really good elements that work well for it. However, with so many better platformers out there, like the Castlevania games, Super Mario 3D Land, and Donkey Kong Jungle Freeze on the Wii U, AeternoBlade is just white noise. However, if you do feel like a challenge for a fairly decent price, and are able to look past its flaws, then maybe AeternoBlade is a game for you.

A Sword of All Trades

I have no idea how long it’s been since Iâ€™ve played a side-scrolling platformer. Chances are it was back when the GameBoy Color was new to the world and I was rocking braces. After this long hiatus from side-scrollers, I was excited to make my triumphant return with AeternoBlade. However, while at its core, AeternoBlade is a fine game, it wasn’t the â€œwelcome backâ€ I was expecting. AeternoBladeâ€™s story is just one big cliche. It kicks things off with the classic â€œshow the hero dying at the end and then flash back to the beginning of the storyâ€ plot device. It then follows Freyja (the storyâ€™s protagonist) on her quest to avenge her village, which was destroyed by the dark lord Beladim. This very basic story is also accompanied by some terribly written dialogue, although Iâ€™ll give it the benefit of the doubt that the translation took away from the intensity of the dialogue (AeternoBlade was originally released in Japan and then was ported to a very basic English version). Regardless if that’s the case or not, the story is not AeternoBladeâ€™s strong suit.

Gameplay in AeternoBlade is a mixed bag of good and bad elements. One of its biggest positives is satisfying combos that Freyja learns over the course of the game. After you battle your way through the first level, you can start using the yellow orbs that youâ€™ve collected to purchase upgrades for combos and stats. Once I made it to the 4th stage, I had unlocked just about all of the combos and had turned Freyja into a damage dealing tank. My one complaint about the combo system is that it all revolved around the Y button and what direction you were pointing the circle pad, so basically it was just a button mashing free-for-all.

Another positive was the difficulty of the bosses. In terms of difficulty, they were almost on the level of Dark Souls,Â and required a lot of trial and error to defeat; but once I did, I actually felt accomplished. However, nothing really prepares you for these intense battles because the minions that you mow down to reach the boss are pretty easy and only managed to kill me once or twice the whole game. As you fight your way through each stage, you will face several puzzles that youâ€™ll need to solve to progress deeper into the level. This brings to light the most unique element of AeternoBlade: Freyjaâ€™s sword (which shares the same name as the gameâ€™s title) has the power to travel through time. You can use this time traveling blade in one of three ways: full rewind (where both Freyja and the rest of the world reverse in time), partial rewind (the world goes back in time but Freyja stays in normal time), and teleport. Mastering these 3 powers is extremely crucial to advance through puzzles and boss fights, but I never found myself needing them at any other time. There were also times when I needed to use these abilities to solve puzzles to get new items but a lot of them were so frustrating and unfair that I just gave up and moved on.

One of the biggest issues I had with AeternoBladeÂ  was the long load times. Every 3 or 4 rooms, the game would have to jump to a loading screen to ready the next section. It was exceptionally annoying, especially when I ended up having to backtrack. It was a shame really, because I love exploring a new game, but it was that big of an annoyance that I abandoned my plan of searching every nook and cranny of each level, and instead just focused on moving forward with as little pain as possible.

For a 3DS game, the graphics were pretty stellar, especially during the cinematic cut scenes. That being said, the color palette was very bland, sticking primarily to a lot of darker colors. I wasn’t exactly expecting a lot of bright and cheerful colors since the game takes place in dungeons and on battlefields, but dark gray, dark green, and dark brown dominate most of the game. It would have been nice to have seen a little more variety.

The music in AeternoBladeÂ  was lacking to say the least. Only one song played as I traversed through the labyrinth of each stage and it got so annoying that I played the rest of the level in silence. The sound effects were not much better, using fairly generic sounds for everything, which made having the volume on not really worth it. While I didnâ€™t experience any bugs, there were several things I disliked about the game. Probably the biggest one for me was the poor translation/poor writing; the mediocre dialogue really took me out of the game. It also really bothered me that every single time Beladim saw Freyja, heâ€™d always start with the line â€œOh…youâ€™re still aliveâ€. It happened enough that it warranted mentioning. I also took issue with the long load time, the button mashing combos, and the occasionally unfair puzzles. AeternoBladeÂ  isnâ€™t by any means a bad game, and has several really good elements that work well for it. However, with so many better platformers out there, like the CastlevaniaÂ  games, Super Mario 3D Land, and Donkey Kong Jungle FreezeÂ  on the Wii U, AeternoBladeÂ  is just white noise. However, if you do feel like a challenge for a fairly decent price, and are able to look past its flaws, then maybe AeternoBladeÂ  is a game for you.

SpawnCast Co-Host/Creative Co-Director Brian is member of the University of Mary Washingtonâ€™s class of 2012 and graduated with a BS in Computer Science. He has been gaming since the first day he held an original GameBoy in his hands and hasnâ€™t stopped since. He now plays mostly shooters and RPGs on his Xbox 360 but will occasionally work in some sports or fighting games when heâ€™s in the mood. He is also a huge fan of playing marathon sessions of Legend of Zelda when the opportunity arises.
You might also like
3DSreview