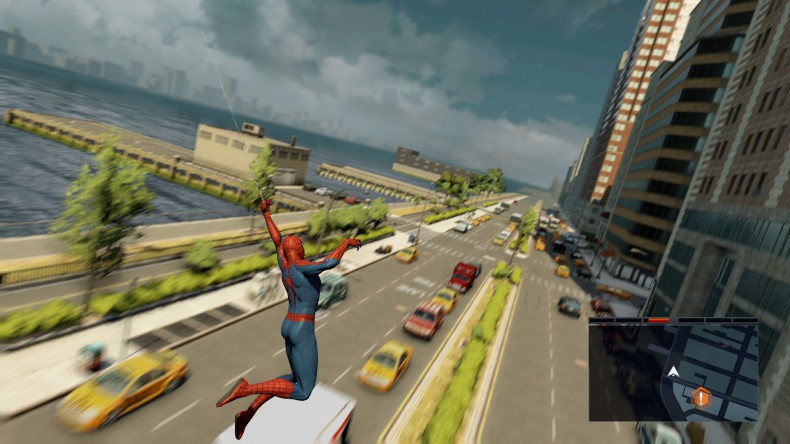 The Amazing Spider-Man 2 is just another mediocre movie game that everyone will forget about quickly. It really let me down.

The Amazing Spider-Man 2  belongs in 2006. Back then it would’ve been widely regarded as a good superhero game by most critics. Its flaws wouldn’t be as noticeable. People would still be playing it now and even though other, better superhero games released after it, nostalgia would carry it on the wings of good grace.

Here’s the thing: it arrived in 2014. Other, better superhero games came before it. It represents a downgrade from those games and even from its predecessor. The Amazing Spider-Man 2  is yet another example of a game that was rushed out in an almost unfinished state (complete with a nonsensical ending that comes out of nowhere and is obviously tacked on) so it could release alongside its movie counterpart.

The first misstep the game makes is in one of the most important aspects of the game: Spider-Man’s means of transportation, his webs. Mapping each of Spider-Man’s hands to separate triggers on a controller probably seemed like a good idea on paper, but in practice it’s incredibly annoying. Spider-Man can’t turn a corner in The Amazing Spider-Man 2  without crashing into a wall. And when he crashes into a wall, one of two things happens. The game forgets that someone is actually playing it and starts spazzing out, or Spider-Man gets stuck on buildings and often clips through them.

The first Amazing Spider-Man got criticized for its web-slinging, but at least Spider-Man could actually swing 50 feet without something going wrong. It’s cool that Beenox actually took the effort to make it seem as if Spider-Man’s webs are actually sticking to surfaces in The Amazing Spider-Man 2  (except when it’s glaringly obvious that they aren’t), but this is not the solution to his movement problem. I certainly became more familiar with the control scheme as the game progressed, but I still kept wishing I was swinging around the New York City in Spider-Man 2  for PS2 instead.

I also got the desire to play a different game, specifically Batman: Arkham City, while experiencing the overly simplified combat in The Amazing Spider-Man 2. The combat in the first two Arkham games has a certain flow to it, a rhythm that keeps it fresh for a little while. When it begins outstaying its welcome, Batman obtains new moves and gadgets that up the ante. Batman must adapt to survive, as any good superhero is prone to do.

The combat in The Amazing Spider-Man 2  is stolen directly from the Arkham games, but it’s worse in every way. It flows about as much as tree sap and it wears thin quickly. It’s not challenging in the slightest; I got a 40+ hit combo in the very first enemy encounter in the game. The Amazing Spider-Man 2  features upgrades for Spider-Man, but not one of them is necessary or mandatory. In a superhero game that is a silly design choice.

The silliness carries over to the game’s plot, which is a massacred version of the movie’s plot with a bunch of rubbish attached. It’s another Spider-Man game in which Spidey encounters way too many villains. A story-line involving Kraven the Hunter starts out strong and then gets tossed aside as several other characters make cameos. One of the greatest moments in Spider-Man history is hilariously downplayed in a tutorial on how to use a control stick at the very beginning of the game.

Looonnng loading screens (again, 2006) interrupt the story and gameplay constantly, robbing the game of even more of its momentum. Spider-Man’s one-liners had me wishing one of the villains would cut out Peter Parker’s tongue (I heard Spider-Man say, “I almost died then…of boredom” at least 50 times). The repetitive and booming soundtrack had me playing My Chemical Romance albums over the top of it. RPG dialogue trees are tossed into most conversations, but can be navigated through in any order or even skip
ped and have no impact whatsoever on the game. The character animations and voice acting during these scenes are horrendous.

The worst thing about The Amazing Spi

der-Man 2  is the new “Menace System”. It presents Spider-Man with a choice: be a hero or be annoyed. If you choose to actually partake in the monotonous side quests, Spider-Man will be labeled a “Hero”, but if you ignore them (the far better choice), he is considered a “Menace” and will be hunted down by armored enemies and robots. It’s a lose-lose deal and I don’t get why anyone at Beenox thought it was a good idea. And it still remains in place during the post-game.

I enjoyed parts of The Amazing Spider-Man 2. Although they all follow easily-discernible patterns, I had fun fighting every boss. At least the boss battles play like some imagination went into them. The indoor stealth sections are better this go-around than they were in the previous game. The environments actually feel like they were built with Spider-Man in mind. The “Hideout” side quests, which are also stealth missions in which Spider-Man obtains new suits, are very cool. They showcase ingenious design and are completely at odds with the rest of the game. 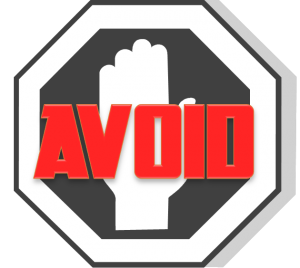 It’s time for Beenox and Spider-Man to part ways. I think Beenox, who also developed Spider-Man: Shattered Dimensions, Spider-Man: Edge of Time,  and the first Amazing Spider-Man, is done with the franchise. They rushed this game out in time for the movie, and I’m afraid they’re going to do the same thing with The Amazing Spider-Man 3 when it inevitably arrives. I hope I’m wrong and that they actually take the time to put some more effort into the next game, but I’m doubtful. The Amazing Spider-Man 2 is just another mediocre movie game that everyone will forget about quickly. It really let me down.

Features Editor Buddy was a journalism major at the University of Alabama. He now spends his days writing novels that will probably never get published and wishing he were an extra in an Anthony Hopkins film. He's been gaming since he can remember and has owned every console from the NES to the TurboGrafx-16 to, yes, even the Phillips CD-i. He loves all games, but his favorite genres are shooters and RPGs. His favorite game is The Legend of Zelda: Ocarina of Time.
You might also like
batmanreviewspider-man