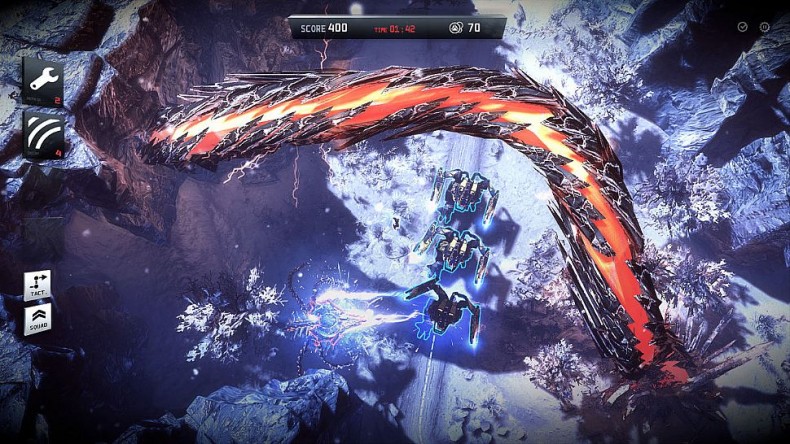 Weak story and soundtrack; Very similar to other Anomaly titles

Even as a full retail release, Anomaly 2 could fair extremely well in the realm of real-time strategy titles. The singleplayer experience provides plenty of content to keep players busy, the multiplayer is charming and addictive, and the gameplay is in a league of its own. Minor flaws be damned, Anomaly 2 is a downloadable game that is well worth your time. 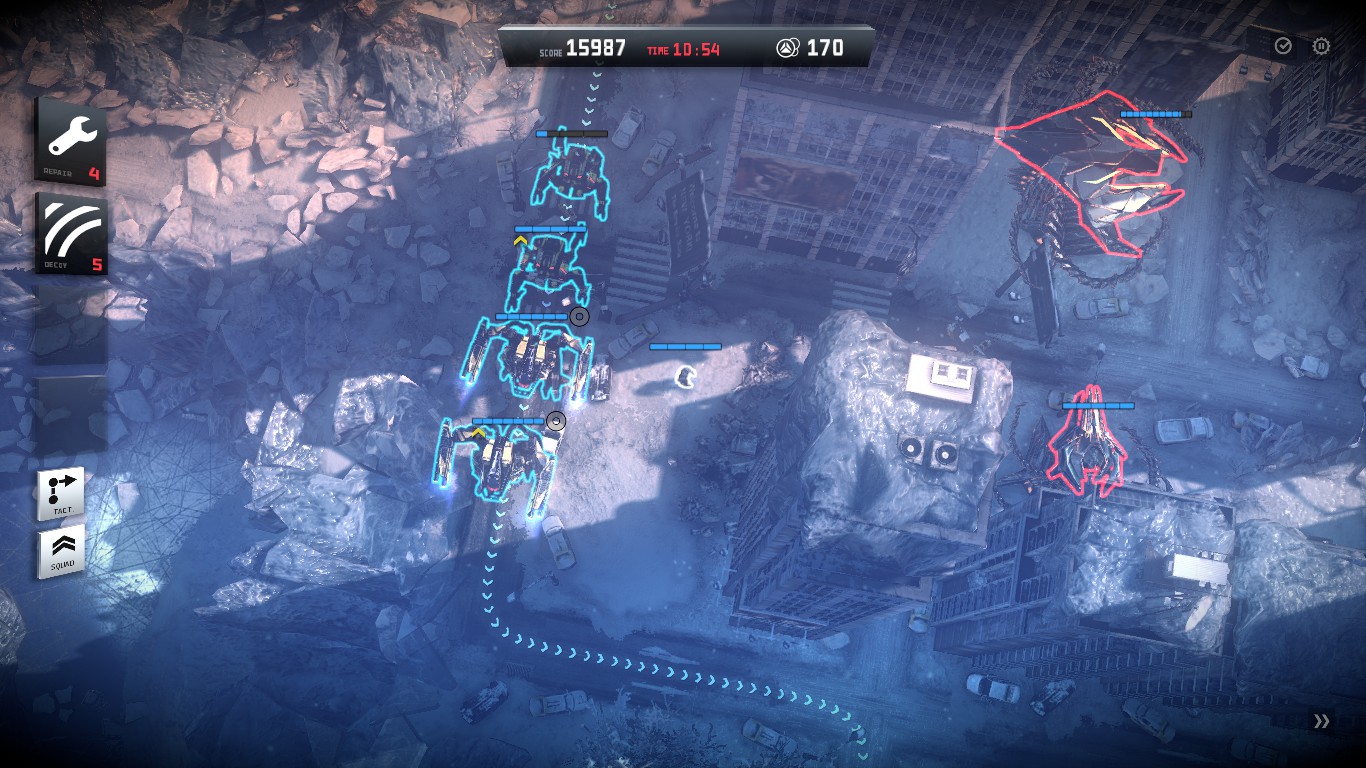 Not Your Average Tower Defense

The original Anomaly: Warzone Earth (as well its successive entries in the series) had a lovably creative concept; flip â€˜tower defenseâ€™ on its head, and put the player in control of the wave that attacks defense units.Â  Brilliant in execution, the Anomaly series is a testament of how strategy games can be accessible, refreshing, and (perhaps most importantly) a ridiculous amount of fun to play.

Anomaly 2 focuses on a post-invasion Earth, which has been overrun by an alien race known simply as The Machines.Â  In an attempt to take back control, you will lead a convoy of high tech weaponry into battle with the hopes of getting Project Shockwave up and running.Â  If successful, it could wipe out The Machines for good.

While not particularly engaging, the actual story does set up a mildly interesting conflict of overcoming your alien nemesis.Â  Most plot points, though, seem to do nothing but provide a mission goal, such as protecting a convoy or linking towers.Â  For this reason, most of the story is forced.Â  Even at its best, the campaignâ€™s relatively short narrative is bland and monotonous. 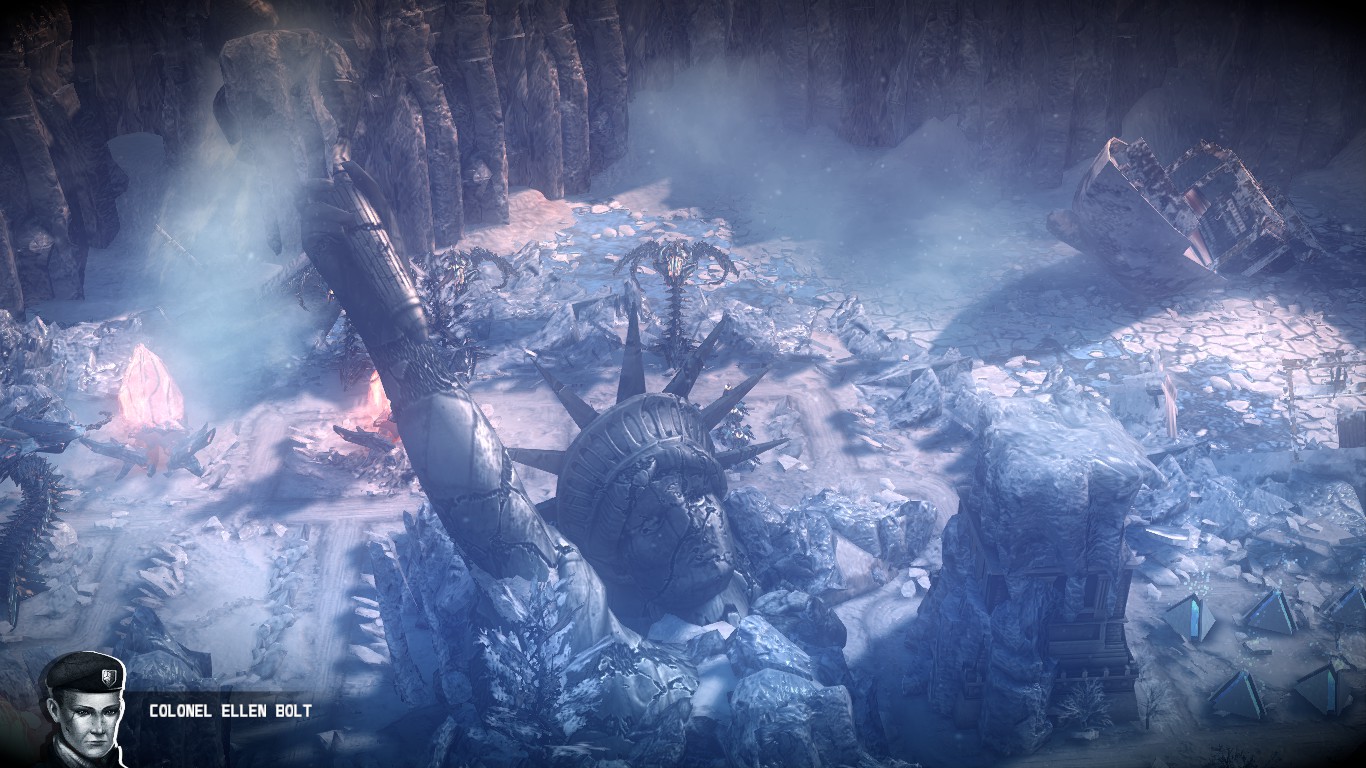 The story will even take you to post-apocalyptic ‘Murica

Luckily, Anomaly 2 isnâ€™t a story-based experience.Â  11 Bit Studios has clearly found a formula for success in their acclaimed gameplay, and it shines above all else.Â  Cleverly utilizing a prelude and virtual reality missions in place of an exhaustive tutorial, youâ€™re immediately thrown onto the gripping, hectic real-time strategy battleground from the get-go.

After my first moments of playing, I was instantly appreciative of the control scheme; it works perfectly, and is incredibly intuitive.Â  You can still manually change the keys if youâ€™d like, but you have no need to: scrolling the mouse wheel down pulls out for a tactical view of the map; simply right clicking on a spot brings up your available abilities; and you can easily move your player with a WASD layout, or by holding the left mouse button, without having to choose between the two.Â  The comfortableness of keyboard controls are often overlooked, so I canâ€™t applaud Anomaly enough for its effort.

The actual gameplay itself is stupid simple, but still allows a vast array of strategic opportunities.Â  Every mission tasks the player with choosing their own pathway through a maze of defense towers, and also allows them to invest their currency, known as Carusaurum, into a squad of no more than six friendlies.Â  Thereâ€™s a great assortment of different units to deploy, from heavy hitters to shield generators, and each allow a distinct tactical advantage.Â  Add in the fact that each unit has the ability to morph (completely changing their properties and benefits) and upgrade their stats, and itâ€™s clear that Anomaly accommodates dozens of different playstyles.

Playing as the field commander, it is necessary for you to personally orchestrate waves of attacks on The Machines.Â  The units might move along a path without any input from the player, but you are still very much in control.Â  Tossing out decoys, altering your squadâ€™s path, repairing units, supplying upgrades â€“ these are all key elements to survival, and it gives Anomaly a tense vibe throughout the entirety of a mission.Â  One mistake, and you could find your units on the brink of extinction. 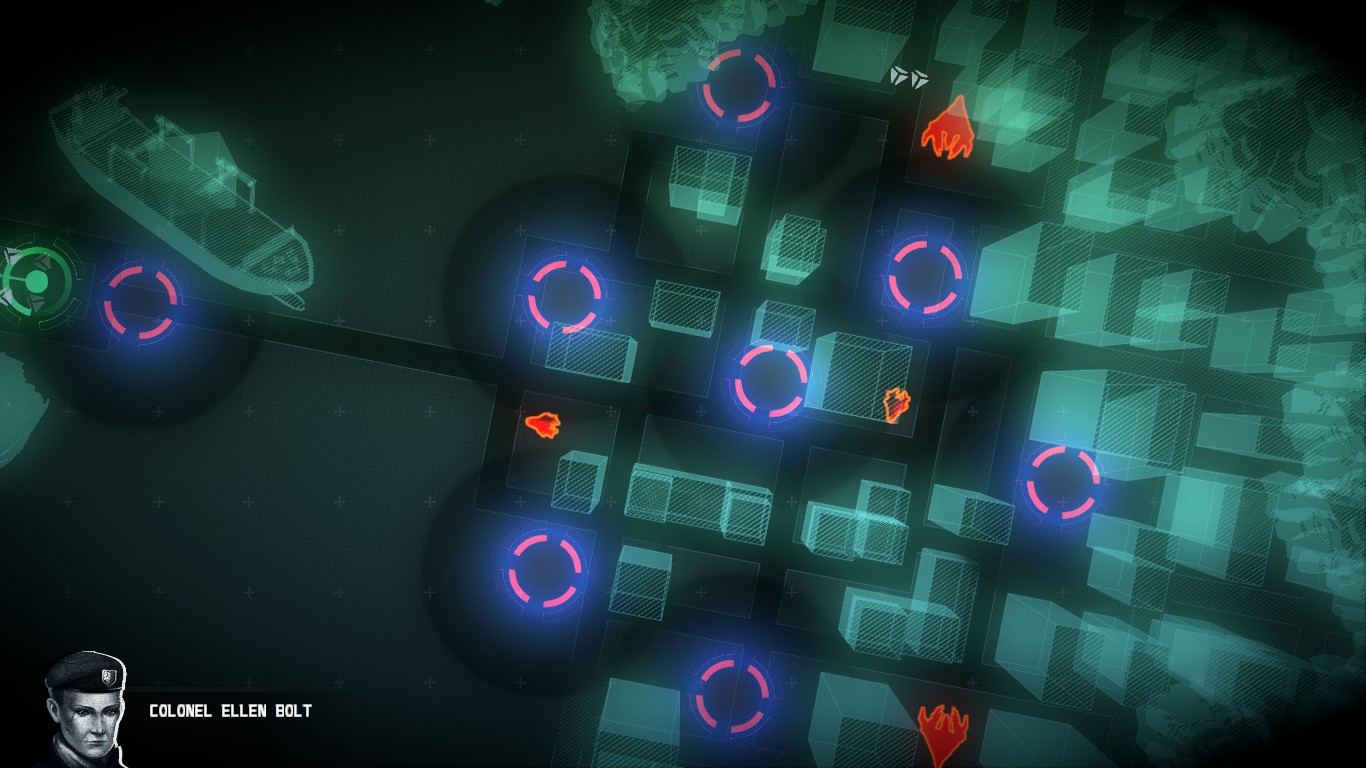 Planning out your attacks is vital

While this may all seem daunting to newcomers of the strategy genre, donâ€™t fret.Â  11 Bit Studiosâ€™ single greatest feat is pacing the game extraordinarily well; new game mechanics, enemy types, units, and abilities are all granted at a consumable rate, right up until the end of the campaign.Â  Anyone looking to get into real-time strategy games will have an easy time understanding the gameplay, while veterans will find no shortage of depth to cater to their liking.

Something is quite wrong with the Anomaly series, though; for an inexpensive downloadable title, it has no business looking this damn good.Â  The gorgeous user interface is a joy to play around with and, even though it hasnâ€™t changed much from the seriesâ€™ debut title, it still looks crisp and beautiful.Â  Mission environments are similarly stunning; from lush jungles to the high-tech VR training room, thereâ€™s a lot to love about your varied playgrounds.

The independent sound effects used for enemies and weaponry are great as well, but the rest of the sound direction is a little less enticing.Â  A cool opening cinematic got my hopes up for a quality soundtrack, so I was a little disappointed to find what amounted to generic filler music and subpar voice acting.Â  Perhaps other facets of Anomaly spoiled me, but I canâ€™t help but feel that this was a pretty big missed opportunity. 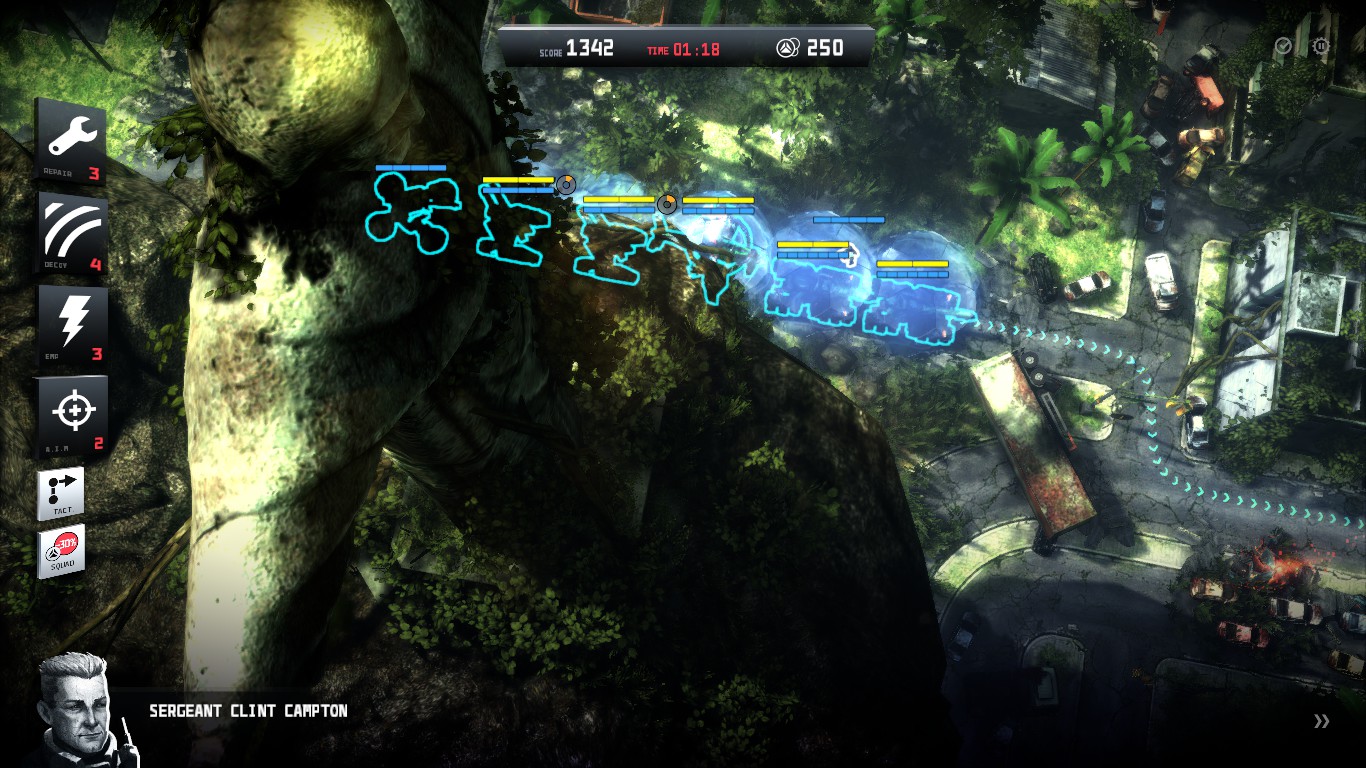 Anomaly 2 looks as great as it plays. And yes, this is Rio de Janeiro

If thereâ€™s one thing that shifts Anomaly 2 from a great to amazing, itâ€™s the multiplayer.Â  Building on the already-fantastic gameplay and concepts from the campaign, the online functionality lets one player control the The Machines â€“ this team sets up the traditional tower defense â€“ while the other player brings in the waves of enemies (which is nearly identical to the singleplayer gameplay).

A match ends when enough points have been gained, which come either from harvesting points with specific towers, or destroying enemies.Â  The matches are fast-paced, require a large amount of tactical planning to win, and will likely hold your interest long after the campaign is finished.

It is worth noting, though, that I had some trouble connecting to matches.Â  Even expanding the search filter didnâ€™t help much, so it may be difficult to say how long a dedicated base of players will be Anomaly 2.

The only real knock on the gameplay itself is a flawed checkpoint system.Â  If your squad gets obliterated while passing a checkpoint, you may end up stuck with too few resources and too little firepower to carry on.Â  Since there is only one checkpoint you can revert back to, there might be an occasion where youâ€™ll have to back out of the level and delete ten minutes of progress just to proceed.

Aesthetically and fundamentally, Anomaly 2 is nearly identical to its predecessors.Â  Thankfully, the series has been outstanding thus far, making this but a minor annoyance.Â  Just beware; if youâ€™ve heavily invested time in other Anomaly entries, this game may feel more like an expansion pack than a fully fleshed out sequel.

Every mission in Anomaly 2 has four difficulties which, aside from Casual, can be brutally hard.Â  Not only will they each test your strategic skills, but they will test your persistence and cunning as well.

There is also a great deal of incentive to play through each mission again; between attaining high scores, besting out friends on leaderboards, earning achievements, and scooping up medals for your playstyle during missions, itâ€™d be easy to delve several extra hours into the campaign alone. 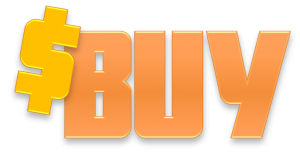 Even as a full retail release, Anomaly 2 could fair extremely well in the realm of real-time strategy titles.Â  The singleplayer experience provides plenty of content to keep players busy, the multiplayer is charming and addictive, and the gameplay is in a league of its own.Â  Minor flaws be damned, Anomaly 2 is a downloadable game that is well worth your time.

Former Contributor Nolan Alber is a college student from North Dakota. He enjoys rescuing puppies from burning buildings and beating up criminals on the streets, and often lies about his interests to make himself look better. Nolan is an avid gamer on PlayStation 3 and PC. He impulse-buys more video games than he can actually play, and is a fan of shooters and fighting games (even though heâ€™s terrible at the latter).
You might also like
BuyPC Review