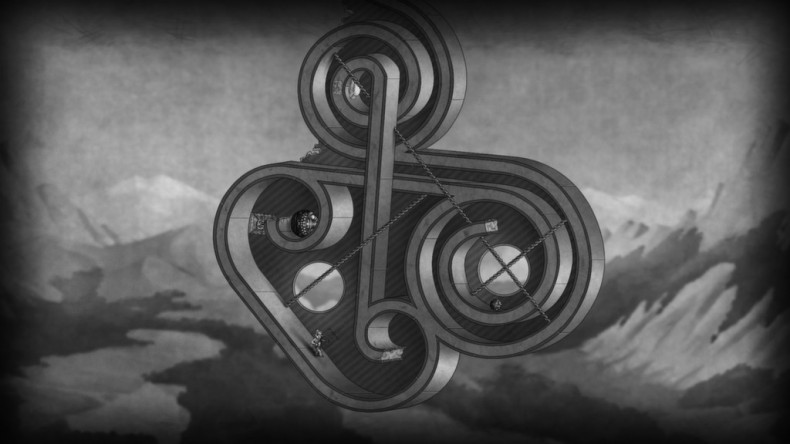 The puzzles are ingenious; The story is interesting; It's beautiful

Sometimes it's hard to tell where to go in a level; The protagonist moves slowly

The Bridge is the real deal; a puzzle game that stands out. I hope a lot of people play it because it deserves to be played. It's packed with way too much creativity to be ignored. It's definitely the best puzzle game I've played all year. The Bridge is, quite simply put, fantastic.

Jonathan Blow’s BraidÂ  is one of the best games available on Xbox Live Arcade. It’s also one of the best games ever period. Its brilliant narrative structure and ingenious level design have yet to be topped by many triers. The Bridge,Â  which released in February on Steam and debuted earlier this month on Xbox Live Arcade, is another attempt, this time by two people named Ty Taylor and Maria CastaÃ±eda, to follow in Braid‘sÂ  footsteps. It falls just a step behind, but it’s miles ahead of a lot of its kin. 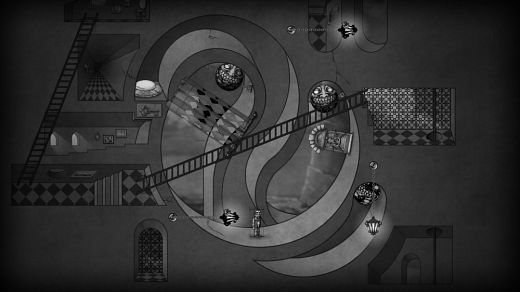 Something is wrong with the protagonist of The Bridge.Â  He has no pupils (as evidenced by the picture below). The story in The Bridge is about what happened to him, and the game keeps its secrets locked away until the very end, an ending that a lot of players will not see. The narrative structure is interesting and very. very similar to Braid’s. Â Bits of the story are given to players via text in between levels. I’m not going to spoil anything, but I will say this: prepare to be creeped out. 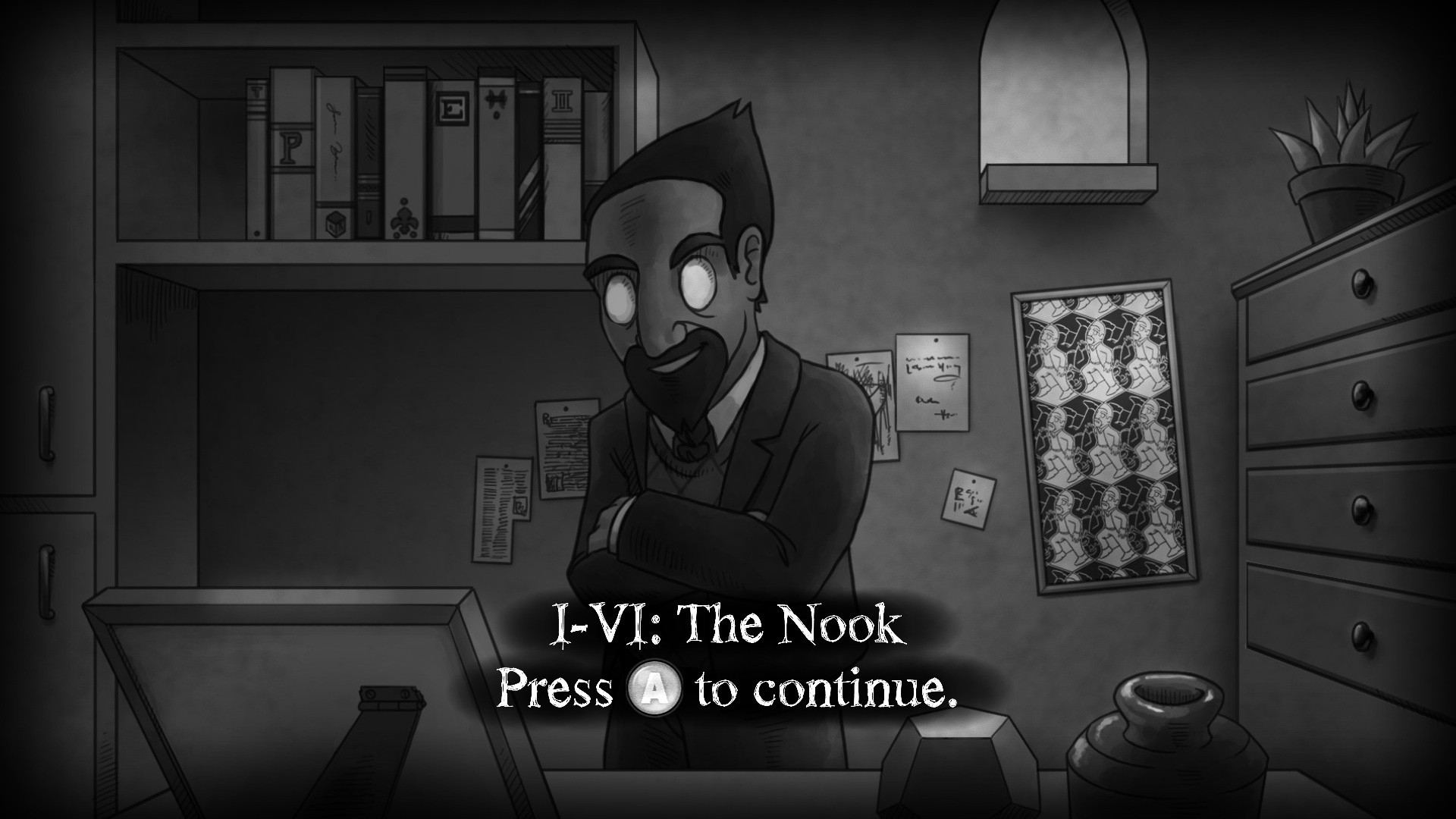 Most of the levels in The BridgeÂ  are imaginative and innovative. It’s a game in which a puzzle may appear unsolvable until the realization kicks in that a certain column can be passed behind or a path leads to a path it doesn’t seem it would lead to. The puzzles start off simple enough, but they get complex real fast. Evil balls are introduced that sometimes seek to maim and sometimes must be utilized in order to progress. Later, “inversion” switches, which turn the protagonist a different color, “vortexes”, which suck in and trap the nearest object or the protagonist, and “veils”, which grant the protagonist direct control over the aforementioned evil balls, come into play. It’s deep and often confusing stuff, and one mistake can lead to instant death, but errors can be rewound, proving once again that The BridgeÂ  is a lot like Braid Â (or Prince of Persia).

The game appears to be over after the initial 24 puzzles, but then it tosses in a surprise. It offers a “mirrored” version of those 24 puzzles. The mirrored puzzles are vastlyÂ  more difficult than the ones that came before. As a matter of fact, they are so different that they feel like entirely new puzzles. New elements are introduced, such as a doppelganger of the protagonist, that make the proceedings all the more punishing. Believe me when I say the second half of The Bridge Â is TOUGH (as in SUPER CRAY CRAY), and it’s also necessary to complete to get the entire story. 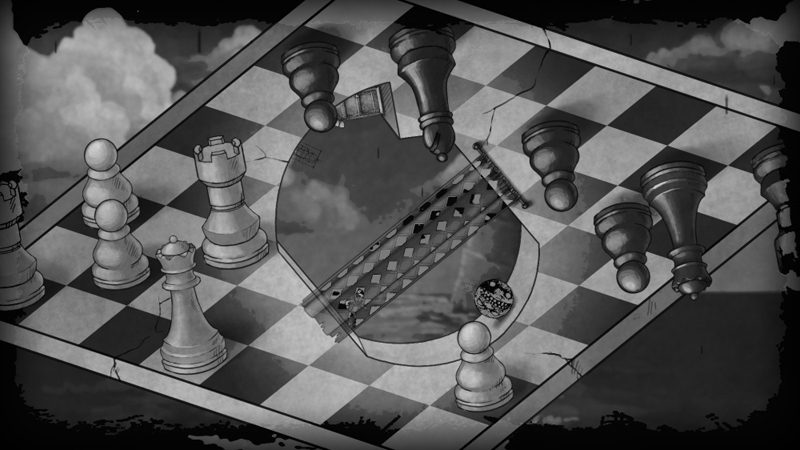 The BridgeÂ  is a gorgeous game, and I don’t mean gorgeous in the same way as this ridiculous 720p/1080p PlayStation 4 vs. Xbox One bullshit that’s been going on lately. It’s not Battlefield 4.Â  However, it’s stunning in motion. Its hand-drawn visuals are an absolute treat to behold. I wish more games would feature this style because I would buy them in two seconds just to look at them. The subdued soundtrack fits the tone of the game perfectly and is never distracting, which is a good thing in a game like this. 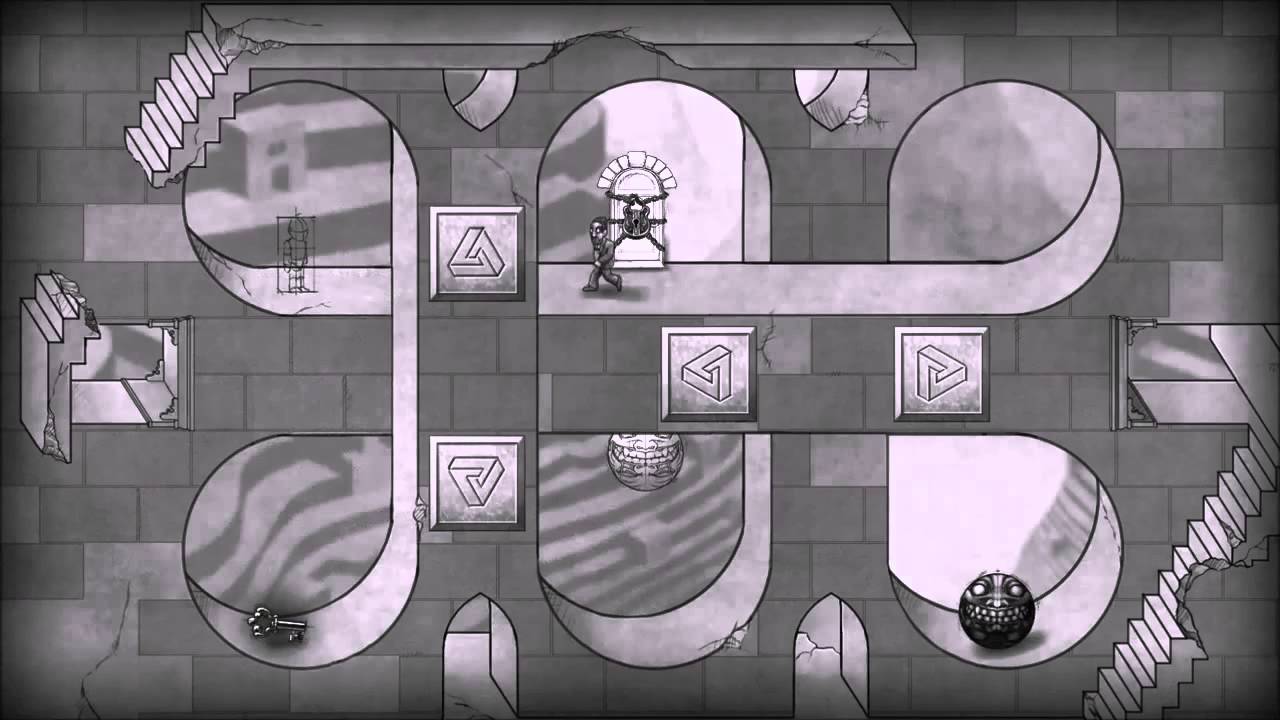 I’ve read a few reviews of The BridgeÂ  that claimed the puzzles were too sluggish. I guess that’s just a matter of taste, which there really is no accounting for, but I found them pretty enjoyable. The only thing that really bothered me is how difficult it is sometimes to tell where a pathway is in a level. It’s hard to discern which direction to take in general at times. M.C. Escher was a confusing guy, though, and the developers have nailed his style in The Bridge.Â  The protagonist also moves a little slowly, but that’s a small complaint in an otherwise great experience.

The BridgeÂ  is the real deal; a puzzle game that stands out. I hope a lot of people play it because it deserves to be played. It’s packed with way too much creativity to be ignored. It’s definitely the best puzzle game I’ve played all year. The BridgeÂ  is, quite simply put, fantastic.

Features Editor Buddy was a journalism major at the University of Alabama. He now spends his days writing novels that will probably never get published and wishing he were an extra in an Anthony Hopkins film. He's been gaming since he can remember and has owned every console from the NES to the TurboGrafx-16 to, yes, even the Phillips CD-i. He loves all games, but his favorite genres are shooters and RPGs. His favorite game is The Legend of Zelda: Ocarina of Time.
You might also like
360braidPrince of Persia