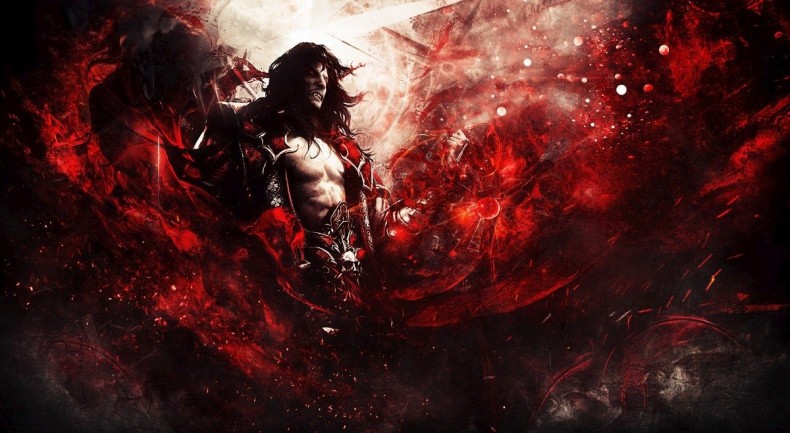 Castlevania Gets the Modern Treatment

Ever since the bestÂ Castlevania Â game,Â Symphony of the Night, Â released, developers have been trying to successfully repeat its formula. Some have succeeded, and some have failed. MercurySteam surprisedÂ Castlevania Â fans everywhere by taking the series in an entirely new direction withÂ Lords of Shadow. Â Lords of Shadow Â worked because MercurySteam wasn’t trying to repeat the past, but their obvious love for all thingsÂ Castlevania Â shone through in the game. They then attempted another repeat ofÂ Symphony of the Night Â withÂ Lords of Shadow – Mirror of Fate, Â a wholly uninteresting game filled with dull combat and centered around a useless leveling system. EnterÂ Lords of Shadow 2. Â It’s another take onÂ Symphony of the Night, Â but it brings its own tricks to the table. The result is a mess, a mishmash of too many concepts and very little cohesion. Some people have described it as a “Frankenstein” game, and that is actually a very apt label. For me, though, more of it works than doesn’t.

I completely fell in love with the combat inÂ Lords of Shadow 2, Â which is much deeper than it initially suggests. Sure, it’s stolen fromÂ God of War, Â but at least it’s stolen well. Dracula starts off using only a whip (formed from his own blood; don’t ask) and the earlier portions of the game don’t suggest a lot of complexity. Then he starts leveling up and gaining more combos, and eventually obtains two more weapons, the Void Sword and the Chaos Claws. With the combination of the Blood Whip, the Void Sword’s ability to leech health, and the Chaos Claw’s ability to pretty much just beat the crap out of enemies, the combat transforms into something special. It made me want to keep playing until the end.

What didn’t have me calling for an encore were the stealth sections. These “puzzles” or whatever the hell they’re supposed to be are dumb. They’re pointless and should have been left out of the final product or at least approached differently, especially one encounter late in the game against a goat creature that makes the stealth inÂ The Getaway: Black Monday Â seem brilliant by comparison. Some people have claimed this section took them over an hour to get through. It took me maybe ten minutes, but those minutes were among the worst I’ve ever experienced in a game.

I really don’t understand why MercurySteam thought these sections were a good idea. Dracula has to either figure out a way past enemies or hide in a column of what appears to be burning tire smoke and transform into a rat (why does he turn into aÂ rat?) to proceed. You’d think this would grant players the opportunity to devise a strategy, but it doesn’t. One correct path exists in every single one of these sections, so on top of already being bad stealth sections, they’re also badÂ linear Â stealth sections. They’re made worse by the fact that they’re in the entire game. For clarity: At one point Dracula takes down a three-headed enemy that is the size of a building, but he has to sneak past guards carrying guns for the entirety ofÂ Lords of Shadow 2.

Before you finish up the written review, watch Justin “SlasherJPC” Celani’s video below as he shares his thoughts on Castlevania: Lords of Shadow 2 Â as well!

For all the excitement I felt about the modern day setting promised at the end of the first game, my enthusiasm quickly faded as I wandered through the colorless and lifeless environments inÂ Lords of Shadow 2. Â Castlevania Â never needed pharmaceutical companies and rows of burning cars.Â Lords of Shadow 2 Â is attempting to be an open world game, but its world offers nothing except collectibles, some of which are useful but can often only be obtained by backtracking through the same depressingly dreary streets and alleyways. The only setting I found interesting inÂ Lords of Shadow 2 Â was Dracula’s castle. Its walls still have to be explored a lot to obtain every secret, but at least it looks like MercurySteam put some effort into it, even if it is pretty unbecoming for a castle (it appears to have been built on a volcano). I think the main issue with howÂ Lords of Shadow 2 Â looks, and I hate to say this, is its graphics. While the first game was gorgeous, Lords of Shadow 2 Â suffers from poor textures on surfaces and a whole lot of murkiness. When you see one of the impressively crafted bosses or characters, but then you study the ugliness around them, it’s like they don’t even belong in the same game.

But let me be clear: I did enjoy playingÂ Lords of Shadow 2. Â As I mentioned, I think the combat is brilliant. I loved most of the boss battles, which rely a little too heavily on setpieces, especially the ridiculous final one, but are nonetheless fun. I enjoyed exploring Dracula’s castle even as I dreaded setting foot on another gray street. The platforming is better than most of the platforming seen in other action adventure games. It’s affected only by the poor camera, which also unfortunately affects the combat at times by placing attacking enemies out of sight.

What about the story? ForÂ fans, the story is one of the most important aspects of anyÂ CastlevaniaÂ  game. It tosses in little references here and there (including a “miserable pile of secrets” one that made me smile) and a big reveal later on is very cool. But ultimately it devolves into a bunch of nonsense, which makes it like every otherÂ Castlevania, Â right? Well,Â Castlevania Â has always been silly, but it’s always known it’s silly and it’s played to that.Â Lords of Shadow 2 Â is insanely serious to the point where it starts to curdle. I don’t see many people caring about what happens to Dracula even as the game struggles to make them do so. And the ending is anti-climatic and disappointing. But that pretty much sums up all ofÂ Castlevania: Lords of Shadow 2. Â It’s not a bad game, but it is a letdown. The first game was a breath of fresh air.Â Lords of Shadow 2 Â is like going back for third helpings after you’re already full. MercurySteam claims to be done with the series, which is probably for the best. I think their involvement has run its course. I hope the nextÂ Castlevania Â takes the series in yet another interesting direction. And by that I mean I hope it ditches the modern day stuff and focuses on what madeÂ Castlevania Â great in the first place: entertaining gameplay, an interesting setting, AND meaningful exploration.

PC, PS3, Reviews, Xbox 360
castlevaniadarksiderslords of shadowMercurySteamsymphony of the night

Features Editor Buddy was a journalism major at the University of Alabama. He now spends his days writing novels that will probably never get published and wishing he were an extra in an Anthony Hopkins film. He's been gaming since he can remember and has owned every console from the NES to the TurboGrafx-16 to, yes, even the Phillips CD-i. He loves all games, but his favorite genres are shooters and RPGs. His favorite game is The Legend of Zelda: Ocarina of Time.
You might also like
castlevaniadarksiderslords of shadow