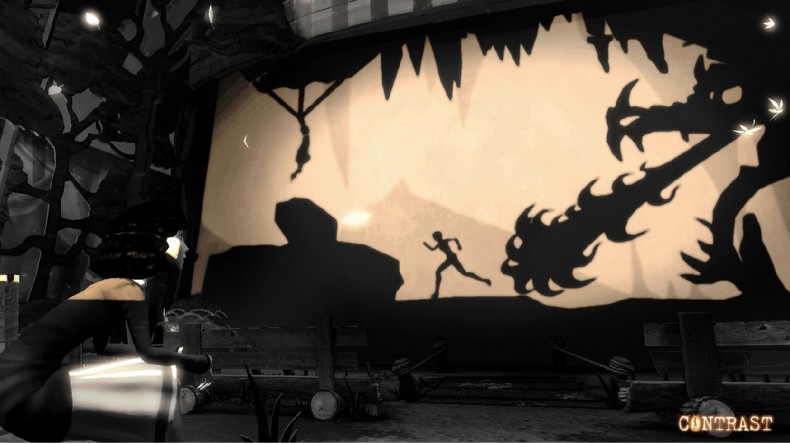 Granted the game is free with a PlayStation Plus subscription, I honestly can't recommend buying this game without PlayStation Plus at the current $14.99 price tag. It's a game with a unique take on story and gameplay but the poor execution makes this title fall short. Very short. If it goes on sale at $10 or below, that would be a good time to consider buying it.

Who Needs Light? Bring On The Shadows!

In a twist to modern gaming, the shadows are your friend. They help you get to places otherwise unreachable, and moving portions of the environment to perfectly place the shadows for a puzzle make for some thought-provoking play time. Unfortunately, the thought provocation is quickly turned into frustration with broken environments, messy controls, and overall an experience that should be fun but falls short.

The game centers around a young girl named Didi whose parents aren’t around enough. Her mother is a cabaret singer and her father is a shoddy businessman that always ends up with some new hare-brained scheme that lands him in a dangerous position with the wrong kind of people (this time with the mob over a circus with the potential to fail). While her mother is out all night singing at the cabaret, and her father having been thrown out by her mother, Didi is left to spend time with her imaginary friend, Dawn (the playable character). Didi and Dawn often sneak out of the house at night and wander the city alone when her mother is out at work. 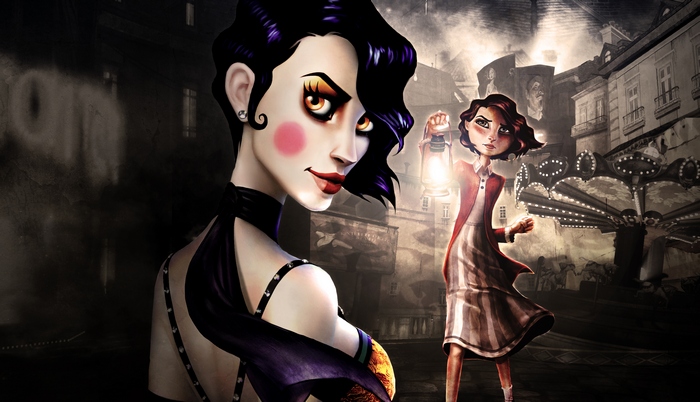 Dawn has the ability to shift into the wall and traverse the environment utilizing shadows on the wall to open up new pathways. Traversing these shadows, Dawn opens up pathways for Didi to continue on her journey. No one can see Dawn except for Didi, and Dawn can’t see anyone besides Didi – every other character in the game is only depicted by a silhouette and their voice. However, when you’re in certain environments like a restaurant, you can hear people’s voices and the clanging of silverware on plates but see no one, giving the game something of a ghost town feel.

That being said, the unique take on the gameplay style is something that should be fun, but the flaws in the game make it less and less enjoyable as the amount of time spent playing progresses.

For a different take, check out SlasherJPC’s review of Contrast on his channel, Next Generation Gaming!

The way Dawn moves is very reminiscent of early PS2 3D adventure games – she feels weightless, runs and walks way too quickly, and it’s difficult to position her properly, especially when you need precision to properly place an item for a shadow puzzle. The camera swings widely in the same style. 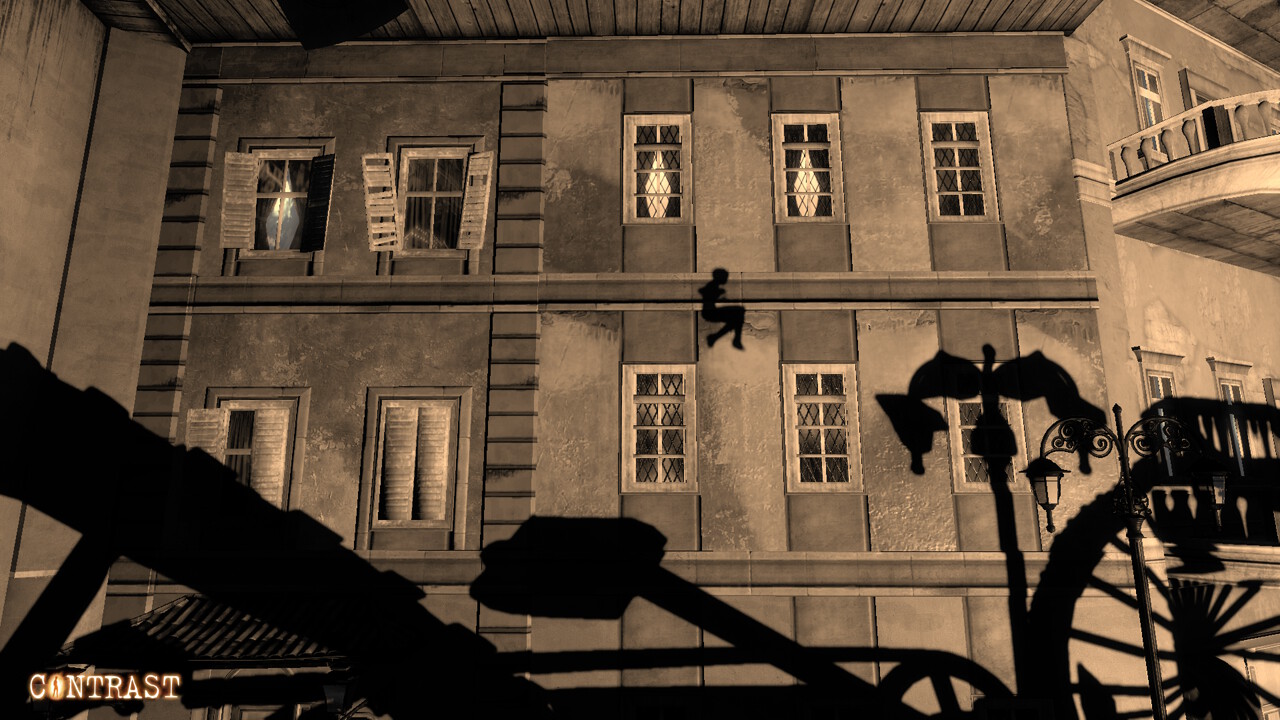 The environments leave a lot to be desired. Visually, they’re stunning – they truly grasp the feel of the 1920’s that they are meant to convey. The issue arises through the multiple times Dawn gets stuck on absolutely nothing. Dropping a box in a bad position gets her stuck. Accidentally pushing the interact button on an umbrella that was already open would get her stuck. It was easy enough to get unstuck (just push circle and she’ll dash out), but the frequency was enough to make me groan and sigh with frustration.

Another environmental issue is that sometimes floors that look solid aren’t, and Dawn will just fall through. Granted, it was a direction I wasn’t supposed to be headed in but I think an invisible wall would’ve stopped my attempt to go in that direction just as effectively as the character dying would.

The objectives in the game aren’t very helpful; it will just tell you something like “Go to the Excelsior Hotel” but won’t point you in a general direction. It’s up to you to look at the signs of all the places you’re supposed to go to figure out where to head out to. I didn’t see the hotel sign way up in the sky or see a dark gate that had been opened in the shadows.

The game features collectibles and things called “luminaries” you need to turn on certain light fixtures to reveal people’s shadows or to create a shadow to progress in the story. These are fairly easy to find and usually don’t require too much hunting. 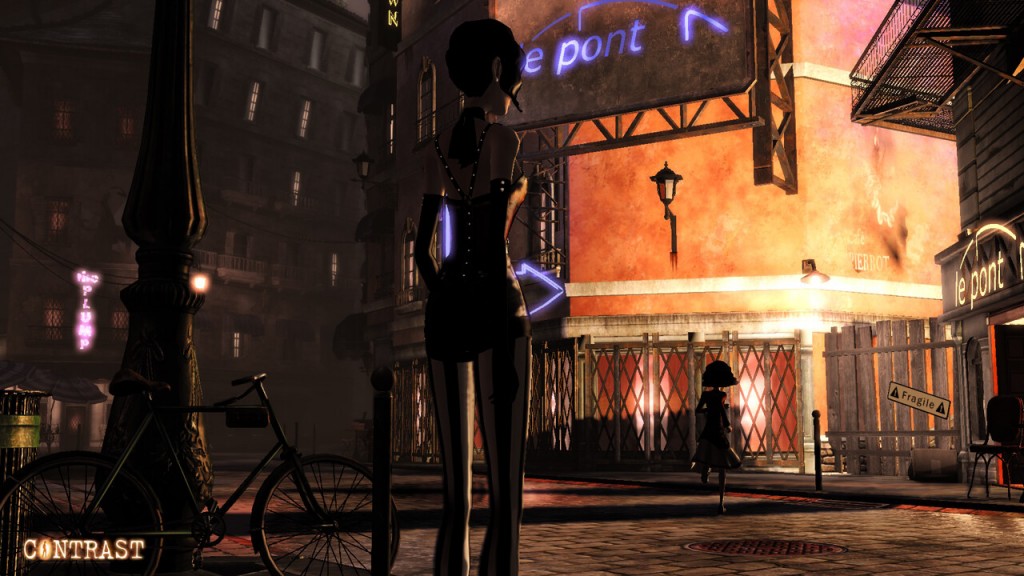 The music in the game really helps that 1920’s atmosphere. The music is fitting and it’s pleasing overall to listen to. It helps to transport the player back in time and give a true, classic feel to the game.

The game looks good graphically. The graphics aren’t stunning to the point of jaw dropping, but they’re smooth enough that you’ll give it a second look. It has a light Sepia sort of tone to add to the old school feel of the game. It’s just light enough that you can see but just dark enough that you can tell that shadows and darkness are, more or less, the central idea of this game.

Any attempt at trying to feel bad for Didi is quickly dispelled due to her incessant whining and bossiness. I understand that she’s limited and needs Dawn’s help but her requests could be a little more respectful. Simply stating “Maybe you can find another way in?” is just plain rude. A number of times during some dialogue that should tug at the heart strings quickly loses its impact because Didi starts whining and talking way too much.

Had they taken more time on this game, it probably could have been a lot better. Fixing up the glitches and tightening up the controls would have made this game more enjoyable.

Granted the game is free with a PlayStation Plus subscription, I honestly can’t recommend buying this game without PlayStation Plus at the current $14.99 price tag. It’s a game with a unique take on story and gameplay but the poor execution makes this title fall short.Â Very short. If it goes on sale at $10 or below, that would be a good time to consider buying it.

Former Editor-in-Chief Angie has a passion for gaming. She has never been able to put the controller down since first picking up an SNES controller at the age of 3. She loves researching anything gaming related and talking games amongst her friends.
You might also like
compulsion gamescontrast