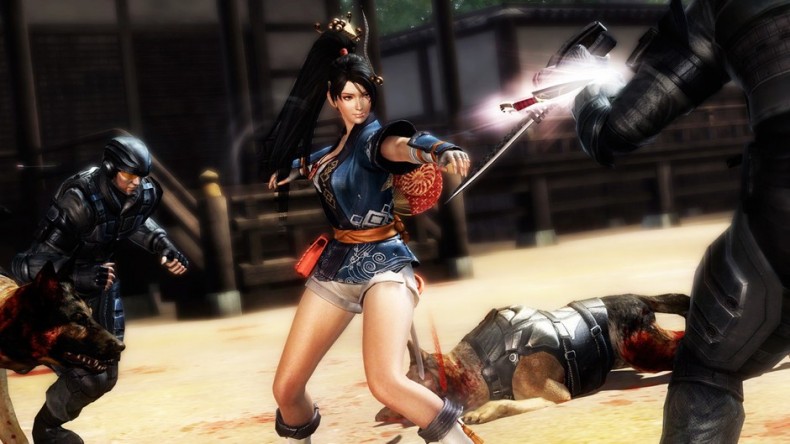 Easy to pick up and play, clean visuals, familiar fun

CPU resorts to cheap tactics for a win, blank expressions take away from emotional moments in story mode

The premise of Dead or Alive 5 Ultimate, in case you never played Dead or Alive 5, is about a tournament named…guess what…Dead or Alive. The tournament pits fighters against one another for the same reason any tournament is held; to see who’s the best fighter of them all. At least, that’s what DOATEC would like you to believe. DOATEC, which is an international weapons research and development company and the antagonist of the game as a whole, hold the tournaments as a means to test their genetic experiments in their quest to create “the world’s strongest fighter.”

Dead or Alive 5 Ultimate boasts an easy-to-pick-up-and-play fighting mechanic. For those who wish to master their characters, there is a Command Training mode to learn the basic moves; it’s simple and quick to accomplish for your favorite characters. Combo Challenge mode is there to learn how to link these basic combos together to deal some serious damage. For those who enjoy casual play, the fighting is still simple enough that you can pull off simple combos or mash your way to victory. Either way, this game doesn’t discriminate against anyone’s play style.

The game’s story mode allows an insight into most of the characters, although they don’t all have playable chapters. It was slightly disappointing to have to play through 3 separate chapters for Kasumi that they could have used to place in a story for other characters. There was a good reason for Kasumi having 3 chapters, however, but it still didn’t help that there was no chapter for Christie and a few other fighters. However, after playing for a few hours straight, the story mode can seem like a daunting task and you’re just waiting for it to finally be over. It is important to note that if you played through the story mode inÂ Dead or Alive 5, there is no difference between that story and the one in Ultimate; it’s literally the exact same story.

As in previous iterations ofÂ Dead or Alive, the game features a counter system. This system is easy enough to get used to with a little practice and paying close attention to timing. It’s fairly easy to stumble upon a counter when simply trying to block but it’s easy to forget in the heat of battle that the countering system only works with its respective hits (low, medium, and high).

Arcade mode allows the player to unlock costumes, titles, and a score ranking reminiscent of being in an actual arcade. However, there is little else to the arcade mode. It ends rather abruptly as there is no ladder to show your progress. The Normal difficulty is fairly easy to deal with. Hard mode and higher difficulties present more of a challenge. I do feel it is important to note, however, that the difference between normal and hard difficulties can feel a bit drastic for players who aren’t higher skilled in fighting games.

Survival mode is exactly as it sounds; fight your way through your opponents back to back on a single bar of health. Both arcade and survival mode can be played solo or in tag mode where you handle 2 fighters. Tag mode presents the option of switching out one character to let them regenerate some health while you continue to rumble with your secondary character. Team Battle is a mode where you have two teams of 7 vs 7 in a fight to defeat all 7 of your opponents to be victorious. When one character gets knocked out, the next jumps in immediately afterwards so you have to be on your toes.

My experience with the multiplayer was a good one. There weren’t many lobbies for me to join and changing the search criteria didn’t yield many more results. The online gives you the option to solely spectate or try your hand entering the fray and challenging the others in the lobby. A letter grade stays on display to let others know the fighter’s skill level, granted they’ve played a ranked match. The ranking system shows a fighter’s skill leveled F-A, obviously F being little to no experience and A being extremely skilled. I experienced a moment of lag while spectating which is to be expected when playing online; most online experiences aren’t fluid and lag should be expected. You can experience either solo or tag team matches online.

The graphics are similar to those of past entries in the series. The character models look smooth for the most part with fluid strikes and the traditional physics on the female characters as the game is known for. Unfortunately, during the story mode, all of the characters retain a blank expression which pulls away from emotional moments (moments of fear, for example) during cutscenes. However, character models aside, the backdrops to arenas and cutscenes during story mode seem rather inconsistent. In one cutscene during story mode while the camera hovered over a ship at sea, the graphics on the ship were well presented whereas the graphics on the water seemed a bit muddled. However, the same boat and water in a later cutscene seemed slightly more defined. The same could be said for wall textures that seem sloppily produced when the camera gets a little closer.

There were a few graphical hiccups that were unexplained, but not enough to take away from the cutscenes. Two examples are Brad Wong’s necklace spinning uncontrollably when he was laying down passed out, and Rig’s suspenders flapping up then down once while he was just sitting at the bar. There was a time or two during one cutscene where the framerate dropped, but it wasn’t enough that it takes away from the scene itself or what’s being said. 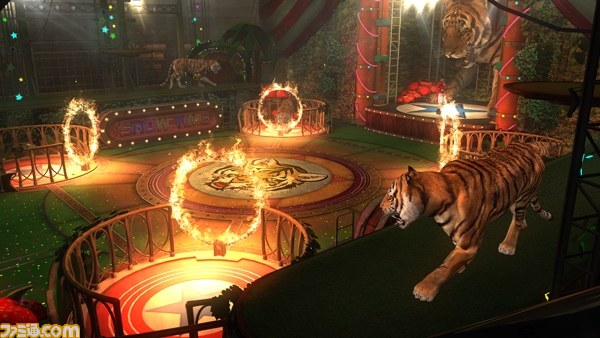 The background music is unmemorable to say the least. During my few runs through arcade mode, I put the music volume on the highest setting and I can’t say I remember any of the music tracks in the background aside from the music for The Show stage. Then again, it’s hard to forget or ignore circus music. I do, however, recall certain sound effects to give the arena life. The soldiers yelling in the Hot Zone stage and an alarm blaring in the background of the Fuel stage are a few examples.Â

While I do mostly praise this game, there were a few issues I had with it overall. Let me start by saying that I’m not the most skilled at fighting games. However, when I put my mind to it, I can hold my own somewhat. Now, one thing I took severe issue with is that the CPU tends to resort to spamming punches, critical stun hits, and relentless attacking when low on health making some annoying comebacks. I had one round where I was at near full health and the CPU was at a mere pixel of health and spammed throws and critical stun hits to win the round.

There was one issue in the game that absolutely deserves mention. It could just be a glitch, or I may be an isolated case, but during the 2nd to last cutscene of story mode, the audio was skipping severely and the vocals were gone. The character’s mouth was moving and the subtitles were there but there was no voice to be heard. The background music continued to play, however, so it couldn’t have been all of the audio.

Aside from a few characters not getting the opportunity to have their story told, there were a few issues to be had with the construct of story mode; some of the transitional cutscenes into the fights made little to no sense. For example, one cutscene shows Ayane stumbling upon Hitomi who says she’s training for the Dead or Alive tournament, and Ayane tells her “You don’t look like you’re dressed for training” and then they proceed to fight. Another issue I had was how some of the cutscenes didn’t really seem to tie together. It seemed more like it was just placed there as a filler cutscene as opposed to the story tying together.

The only real difference betweenÂ Dead or Alive 5 Ultimate andÂ Dead or Alive 5 are a few added characters, online tag mode, and more training options for newcomers and those who want to hone their skills. Players who haveÂ Dead or Alive 5 can transfer over previously unlocked and purchased costumes. Former Editor-in-Chief Angie has a passion for gaming. She has never been able to put the controller down since first picking up an SNES controller at the age of 3. She loves researching anything gaming related and talking games amongst her friends.
You might also like
Dead or Alive 5 UltimateMicrosoftPlayStation 3