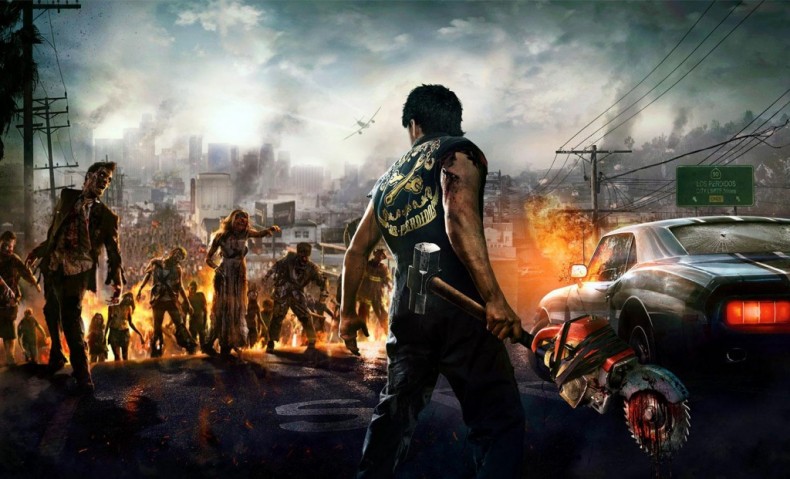 Dead Rising adds some much needed, great open-world gameplay elements to the series

A soundtrack that, while sporting more than 40 tracks, feels repetitive. The multiplayer and SmartGlass experience have a few bugs that need to be ironed out.

Dead Rising 3 gives a warm welcome to the next-gen Xbox One. No game is without its flaws, and Dead Rising 3 has a few, but not enough to prevent you from enjoying it. Overall, itâ€™s a solid story with solid gameplay, and it's definitely a notable entry in the zombie-survival genre. Little things like hordes of zombies appearing after you just cleared them out and the repetitive music will give you a kind of â€˜droneâ€™ feeling, but itâ€™s not long lasting. If youâ€™re sporting the Xbox One, then Dead Rising 3 should definitely be a consideration for your launch library.

Dead Rising 3 maintains the absurdness that Dead Rising is known for, but now has a more immersive, open world that allows for exploration without some of the restrictions of previous versions. Plenty of unlockables and collectibles will keep you busy as you move through the game.

Itâ€™s been 10 years after Dead Rising 2 and a new zombie outbreak has occurred in the city of Los Perdidos. Nick Ramos is a survivor in the city looking for a way out. After finding no supplies or survivors at a military check-point, Nick returns to his rag-tag team of survivors within the city walls. The city has been quarantined and barricaded with little hope for any alive inside the walls.

Nickâ€™s team discovers a plane that, with some tender loving care, could act as a vessel for escape. While scavenging the city, Nick discovers that the outbreak was not an accident. If thatâ€™s not bad enough, the entire city of Los Perdidos is scheduled to be destroyed with nuclear force in 6 days.

As more and more information comes to light, itâ€™s up to Nick to expose the truth and cure the outbreak. If you succeed, you escape the city before destruction, and (naturally) get the girl.

Dead Rising 3 uses a leveling system where you gain experience for killing zombies, saving random survivors, and completing the story and side quests. You get attribute points that you can then spend to increase your life or inventory slots, amongst other things. As Nick Ramos, mechanic extraordinaire, youâ€™ll combine items like gems and a flash light to create a light saber as you make your way through zombie infested streets.

You have a basic attack and then a heavy attack with your melee weapons, as well as the ability to aim down a sight and shoot with firearms. Most weapons do the trick for clearing a crowd, but collect blue prints to create combo weapons, which make quick work of larger hordes. The same goes for vehicles â€“ SUVs and sedans get you from point A to point B, but a steamroller/motorcycle roller-hawg does it in style.

Weapons are plentiful and so is health. At first I was a little uneasy at the idea of attracting attention, but after an upgrade here and there, youâ€™ll plow through zombies without a second thought. Just donâ€™t try to take them on without moving.

Given the open world, youâ€™ll be able to use vehicles more often than not to get around. Furthermore, youâ€™ll need them to plow through the thousands of zombies that you are guaranteed to encounter. As you enter a location, youâ€™ll find an aimlessly wandering horde. You are free to mutilate the horde if youâ€™d like, but if you go around the block, youâ€™ll find that the horde will be there again.

Dead Rising 3 set to achieve a more realistic feel and it has done just that. There were more zombie models to make it feel as though you were fighting individuals and not clones. There is so much detail in the open world that I almost feel bad for not exploring every little corner.

Dead Rising 3 has incredible voice actors and a pretty solid script if you look at all the pieces of the puzzle. These two aspects allow characters to stand out without feeling like anomalies to the entire cast. However, the soundtrack leaves a lot to be desired. Queuing up whenever there is a horde or boss battle, the music is repetitive and feels like itâ€™s just trying to fill a void that would be just fine if left empty.

In your endeavors, other players can join you mid game, arcade style. Adding players makes wading through a crowd of zombies a little easier. Not only this, but boss fights become a joke as you unleash havoc on them so quickly they barely have time to flinch. In the open world, itâ€™s not necessary that all players stick together, so itâ€™s fairly easy to get separated from one another. Splitting up allows for multiple tasks to get done quickly while everyone gets credit for anything accomplished.

Dead Rising 3 suffers from a lack of a soundtrack. With its repetitive use of the background music, it feels better when thereâ€™s no music at all since zombiesâ€™ grunts and growls fill the silence. Multiplayer is greatâ€¦when it works. Many times I would be alerted that another gamer was joining my session only to see that they would later be dropped. This inhibited me since accessing the menu no longer paused the game. I would either have to find somewhere safe, or wait until the player was completely dropped. Lastly, I have only been able to connect my Smart Glass companion app a total of four times out of who knows how many attempts. Whether I was using my phone, my tablet, or my computer, the Smart Glass app was not communicating properly with the game.

As previously mentioned, Dead Rising 3 has a ton of unlockables and collectibles. Get them all to gain a full arsenal of weapons and vehicles. There are a number of outfits to collect for fighting zombies including a MegaMan X costume complete with Mega Buster. Also included is a Nightmare mode for added difficulty. Nightmare mode may be the way to play the game since Normal is a little on the easy side.

Dead Rising 3 gives a warm welcome to the next-gen Xbox One. No game is without its flaws, and Dead Rising 3 has a few, but not enough to prevent you from enjoying it. Overall, itâ€™s a solid story with solid gameplay, and it’s definitely a notable entry in the zombie-survival genre. Little things like hordes of zombies appearing after you just cleared them out and the repetitive music will give you a kind of â€˜droneâ€™ feeling, but itâ€™s not long lasting. If youâ€™re sporting the Xbox One, then Dead Rising 3 should definitely be a consideration for your launch library.

Versus Mode Co-Host/Creative Co-Director Chris is ridiculous. True story: instead of paying rent one month he bought a Nintendo 3DS. Being a fan of all gaming platforms is tough on his wallet, but he's a gamer on a budget. He plays his PS Vita or 3DS while on the train to/from work and his Xbox 360 or Wii U when at home. He won his university's Video Game Olympics competition back in April of 2012 and mentions it whenever he can in conversation. His other interests include comedy, surviving Chicago, and hangin' out with his pup, Theta.
You might also like
Capcomdead risingDead Rising 3