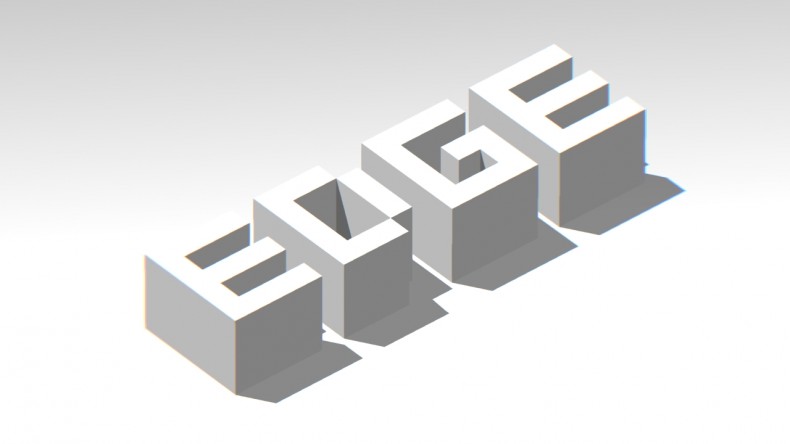 Physics problems, controls take learning, might be too short for some.

At $2, there's no reason not to give Edge a shot. It's clever puzzles, great music, and unique mechanics are greater than its worst problems, easily making it one of the stronger digital releases on any platform.

Edge, re-released by Two Tribes and Mobigame, is a great puzzle-platformer that uses its unique mechanic to make for some interesting, if flawed, challenges. The game is tightly packed and inexpensive which makes its problems pretty easy to forgive.

A block needs to roll on blocks to collect other blocks and get to the goal as quickly as possible. Itâ€™d be that simple were it not for the physics and myriad obstacles that keep the block from getting where it needs to go. The titular â€œedgeâ€ mechanic is key to success; by dangling on the edges of other blocks, you can guide your own over gaps as well as decrease your overall time.

Controlling the game is done with nothing but a D-pad or analog stick. I played the game on Wii U, and controlling it with the GamePad wasnâ€™t a problem. The controls do have quite a learning curve though, as the titleâ€™s isometric perspective can trick the eye and lead to tons of accidental deaths early on. The game has settings to define which cardinal direction is â€œup,â€ but only with practice will the controls make total sense. 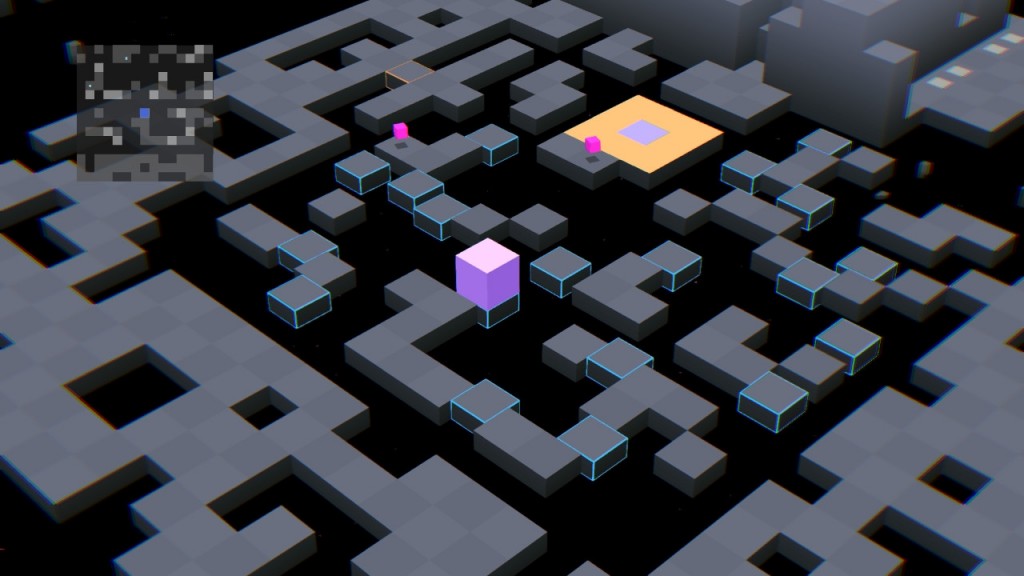 It can get pretty dicey.

The player’s block is affected by gravity, meaning that little pushes and tilts mean a lot. To defeat it, your block has edges that stick to others so it can pull itself up platforms and dangle from others. Utilizing the edges efficiently can make for some interesting shortcuts and help achieve that coveted S rank.

The gameâ€™s collectible, prisms, help keep the blockâ€™s speed up, and theyâ€™re required to unlock every level and get higher ranks. Theyâ€™re deviously hidden, and add another layer to the challenge.

100+ clever stages round out the game. Getting through all of them without ranks or prisms can take just a few hours, but getting everything could easily double or triple playtime.

Very simplistic polygon graphics pop off of the screen with high contrast visuals and sharp presentation. Thereâ€™s a beautiful RGB separation effect that occurs on objects that are out of focus, and the graphics stay incredibly clean throughout, especially on high resolution displays. 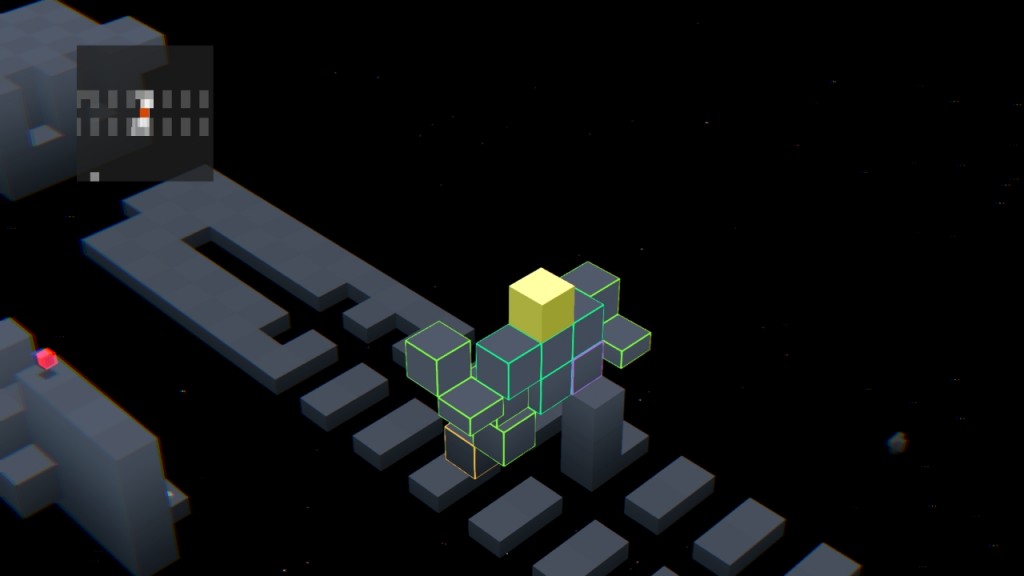 Sound effects are pretty good, from fun, squishy sorts of noises to a few solid taps. Nothing too stand-out, but I have nothing except praise for the music. The tunes in the game are absolutely fantastic, with punchy chiptunes and strong bass that set the tone for each stage perfectly. Speed run stages have a fast tempo, while slower stages get more thoughtful and even eerie music that make challenges more engaging. There may be a limited amount of tracks, but damn are those tracks fun to listen to.

Some wonky physics can get in the way of that perfect run, but it doesnâ€™t occur quite often enough to really break the experience. The learning curve is a little steep for a game like Edge, but that can be tackled with a bit of practice. Some may be a bit put off by the lack of content, but the game is less than three dollars, so that really just comes down to how valuable those three bills are to you.

Going for high scores, ranks and collectibles adds value to the game, as well as a few extra stages to play. All of the additional content from previous releases of the game is included in the Wii U edition, too.

At $2, there’s no reason not to give Edge a shot. It’s clever puzzles, great music, and unique mechanics are greater than its worst problems, easily making it one of the stronger digital releases on any platform.

Contributor Geron's been into games for as long as he can remember. From fighting Octoroks to studying graphic and game design at GMU, the guy's been around the block when it comes to interactive entertainment. When he's away from a console, he's working on his next piece of art. Fun Fact: his first published artwork was in issue #144 of Nintendo Power Magazine, when he was only 10.
You might also like
EdgeeShopMobile