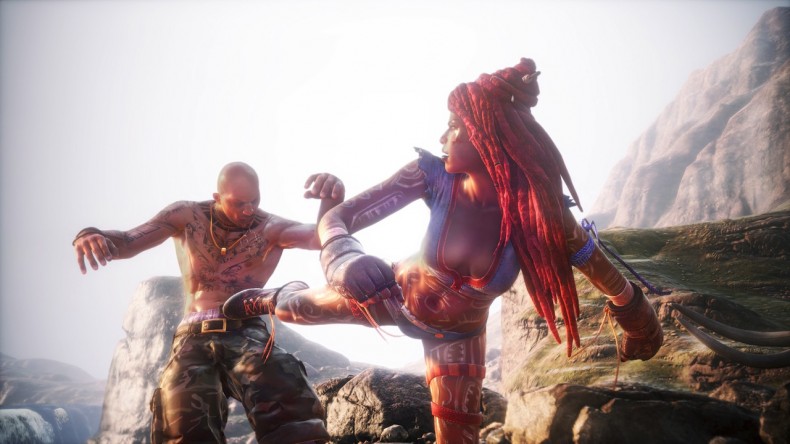 The concept of this game is awesome and has a lot of potential...

...and all the potential of this game is squandered by the fact that the core mechanics the game relies on are fundamentally broken.

A perfect example of a game that sounds good in concept, but completely lacks in execution. A game like Fighter Within has to have good, or at least decent, fighting mechanics to be enjoyable. But when the mechanics themselves are broken and unintuitive at the core, the game itself can't be expected to be fun, or play well. Let's hope Doaka learned some valuable lessons and wows us with Fighter Within 2, if it comes out.

A Fighter We Can Do Without

Fighter Within is exactly what everyone has been wanting for a fighter game ever since the Kinect came out. The concept that is. The execution,…eh…not too much. Still, Fighter Within gets you up off the couch in an interesting and surprisingly deep fighting game.

You play as Matt, a local martial artist that is gifted and rising to the top ranks of his school. You battle opponents from your dojo and others as you aim to obtain true martial arts knowledge.

As youâ€™d expect with a fighter game, you can punch, kick, and block as you fight your opponents. There are a serious number of mini combos you can perform as well as various counters. This provides a surprising amount of strategy, for example, if someone punches you five times for a streak combo, you can choose to block these punches which can perform a counter attack, but then your opponent might throw you, and so you can try to duck to perform a counter, but if you duck they can kick and daze you, and so on. Unfortunately the Kinect will only match about 50% of your gestures so donâ€™t bank on your strategy working half the time. 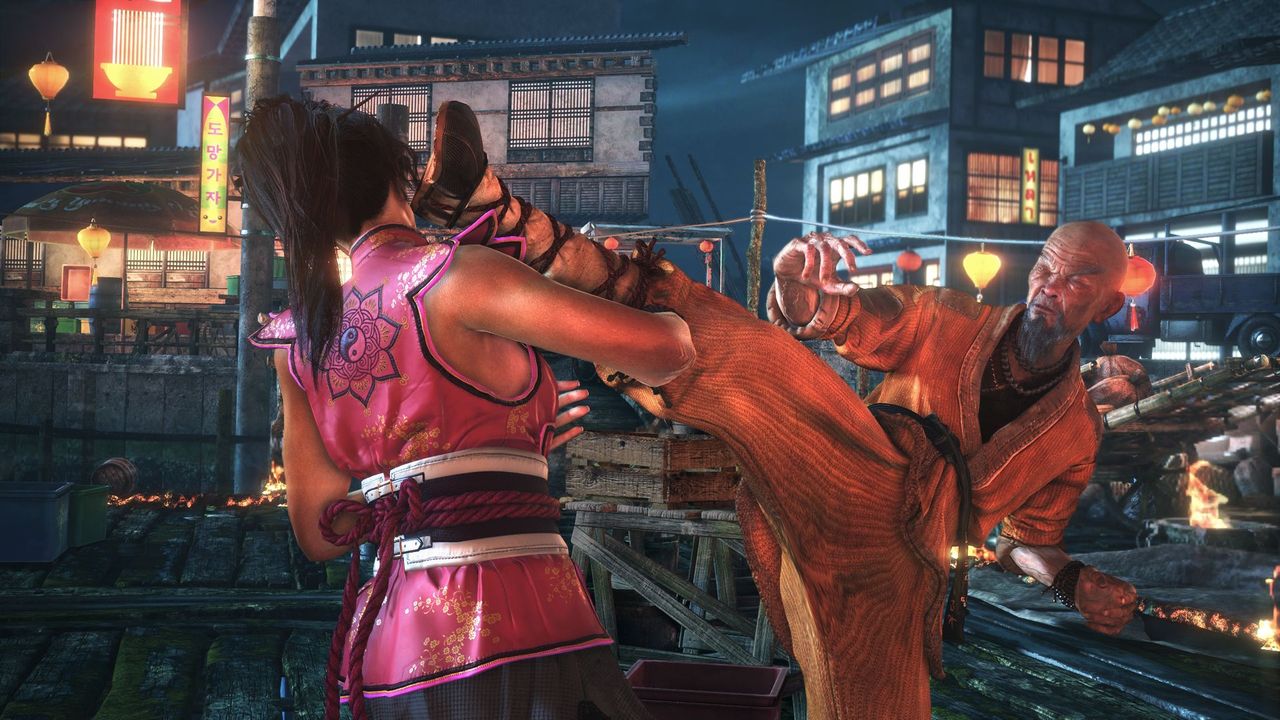 Fighter Within rings in the next generation with graphics weâ€™ve come to consider the standard for the new consoles. Nothing jumps out, but youâ€™ll appreciate the textures in the game. Fighter Within has some impressive scenery and environments, but its main focus is the gameplay, not the visuals.

During fights and combos, you can hear the difference in the power levels of a punch. When I first noticed this, I was impressed, however, beyond that you have to bear through a poor soundtrack and even poorer voice acting. Actually, playing this game on mute might even improve it. 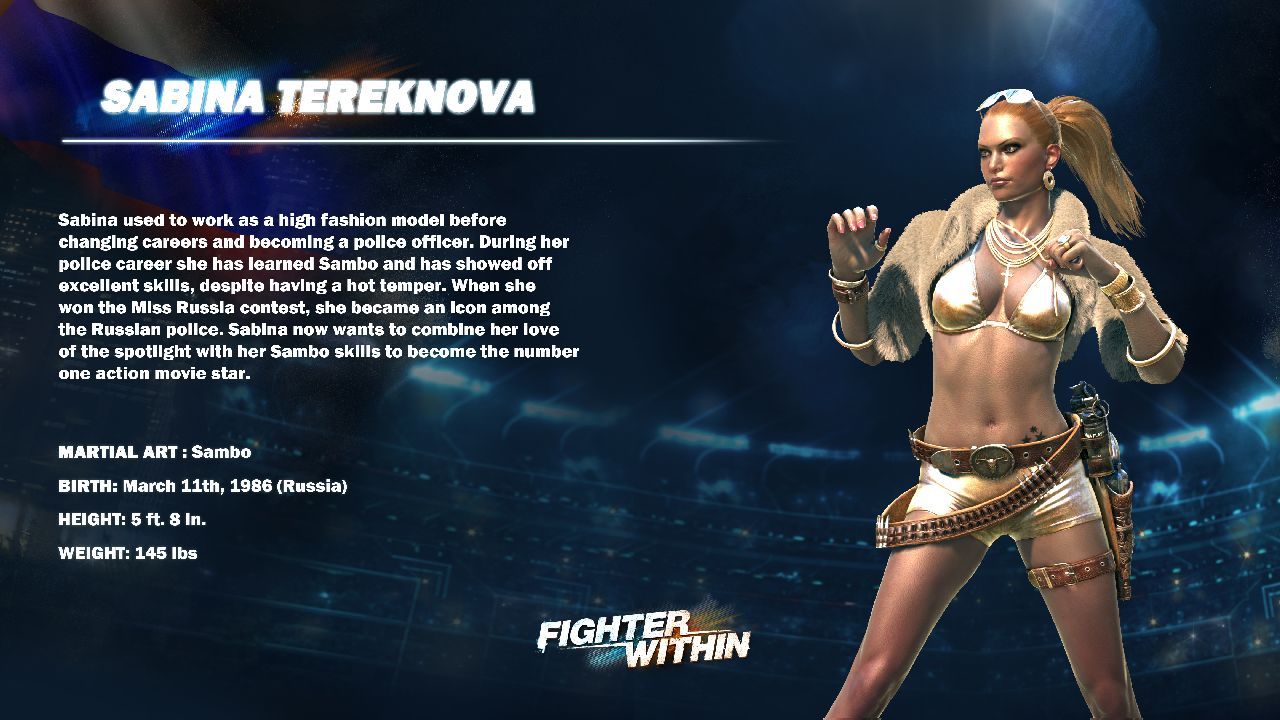 Fighter Within has multiplayer capabilities, online and local. This is kind of impressive when you think about how the Kinect is tracking two players at once when played locally. As stated earlier thereâ€™s a fair amount of strategy in the game, but unless both players know all of the possible array of fighting moves, thereâ€™s a lot of flailing, ergo, flailing is the new button-mashing.

The Kinect is an impressive piece of technology, so it baffles me that some gestures are still not accurately processed. To perform a finished move you have to kick your foot up backwards. Most of the time my leaning forward for balance was viewed as a jab since my fists were at chest level. Along with this, navigating the menu screen and making selections had to be done in the most precise manner or else you wouldnâ€™t be able to get where you wanted to go. There were moments where I would select my character and at the start of the fight, I would be a different character than the one I selected.

For a fighter game that relies heavily on the Kinect, the core mechanics of the game are poor and thus the game is almost unplayable.

The story is completely unnecessary and coupled with the poor script and voice acting, just makes for the most annoying cutscenes ever. Not the biggest issue, but it needed to be noted that there is a noticeable level of effort from the player, going into all aspects of this game, to accomplish anything. 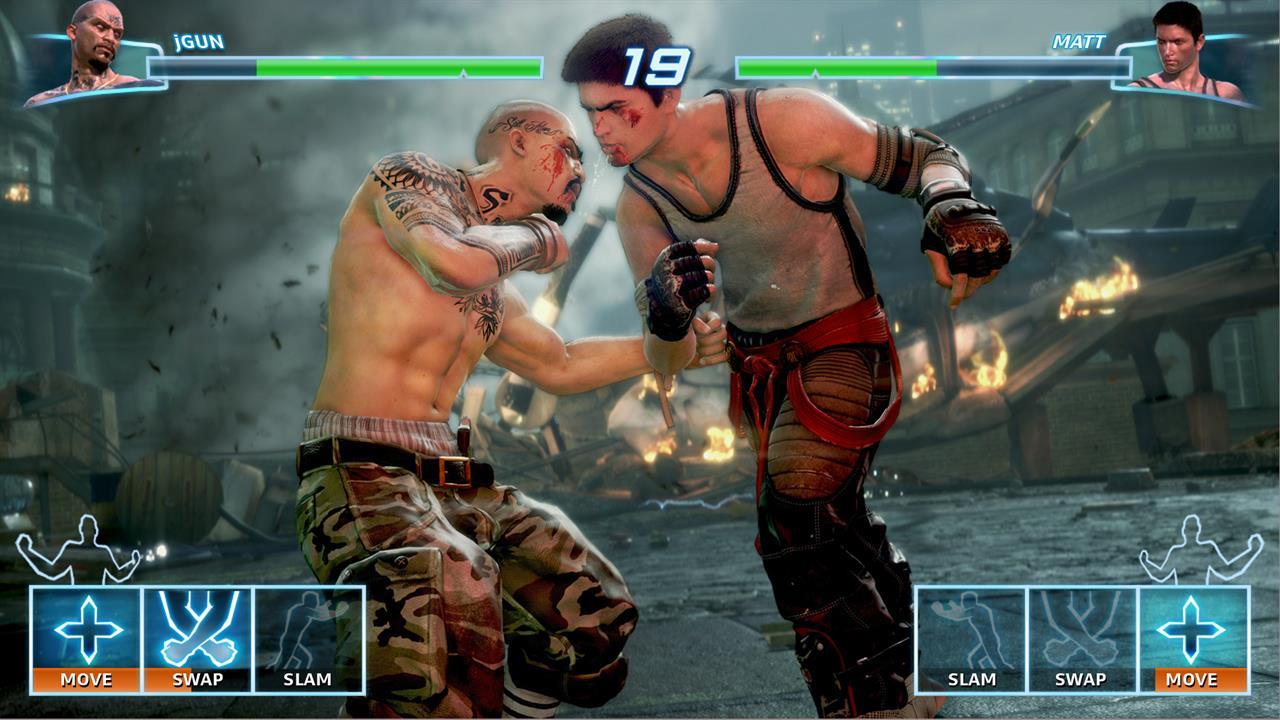 Also not an issue, but my observation stands: if the Kinect can read a personâ€™s heart rate based on the pulsing of the skin, then why canâ€™t damage given be linked to how hard someone is punching? When I found out shaking my fists performed the same action as actually punching, I quickly stopped playing as a sweaty martial artists and started to look like someone who rings a bell for a living for the Salvation Army.

Finally, for a fighting game you would expect to stand with one shoulder in front of the other and one foot back. For Fighter Within to accurately receive your telegraphed moves, youâ€™ll have to stand square with the Kinect because otherwise your gestures will be almost unrecognizable to the game. This small detail made it feel like I wasnâ€™t playing a fighting game at all.

The Fighter Within is a fighting game which relies completely on gestures, and they are hardly ever accurately received by the Kinect.Â  And considering that the Kinect accurately receiving these telegraphed gestures is a core mechanic of the game, means that this game is broken at its core. Thatâ€™s not to say I didnâ€™t have any fun playing it, but it’s the same level of sparse fun that one would have playing Superman on the N64.

Reviews, Xbox One
Fighter WithinNext-GenUbisoftxbox one

Versus Mode Co-Host/Creative Co-Director Chris is ridiculous. True story: instead of paying rent one month he bought a Nintendo 3DS. Being a fan of all gaming platforms is tough on his wallet, but he's a gamer on a budget. He plays his PS Vita or 3DS while on the train to/from work and his Xbox 360 or Wii U when at home. He won his university's Video Game Olympics competition back in April of 2012 and mentions it whenever he can in conversation. His other interests include comedy, surviving Chicago, and hangin' out with his pup, Theta.
You might also like
Fighter WithinNext-GenUbisoft