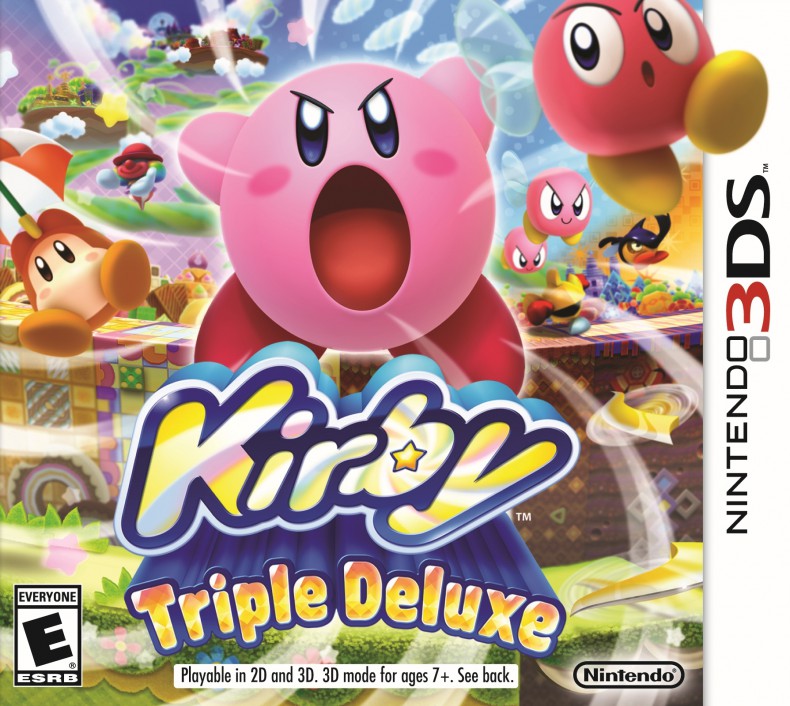 -Too short
-Too easy
-Final level is a boss rush

Even though the game is short and lacks challenge, it’s a sight to see the first time through. The environments are gorgeous, the abilities are fun, and the 3D will leave you in awe. For anyone, like myself, who loves 2D platformers, it’s a must own for their 3DS library, for everyone else make it a rent.

Triple Deluxe begins with King Dedede kidnapped from Dreamland by a mysterious insect creature named Taranza. During the commotion, a giant plant called the Dreamstalk sprouts from the ground connecting Kirby to the floating lands of Floralia where he must find out why the self-proclaimed king was taken, and what larger stakes are in play. While the story isn’t complex or necessarily intriguing, it gives a reason to explore a world outside of Dreamland.

It has to be said, Kirby Triple Deluxe is hands down the best use of 3D on the console. Throughout, Kirby will jump from foreground to background tackling enemies and obstacles without missing a beat; objects are shot, thrown, and driven to the foreground with an amazing effect that might just make you rethink turning the slider off. Where the experience really shines, though, are the boss battles which are easily the highlight of the game. Even a remixed Whispy Woods makes an amazing appearance with new attacks that really show off the 3D as it jumps between the gorgeous three dimensional plains.

While Nintendo has never shied away from color, players will notice their beautiful use, magnificent pastels and hard contrasts give some amazingly picturesque landscapes as you inhale enemies with over two dozen abilities to steal. Favorites such as beam and fighter return, with the biggest addition being Hypernova. 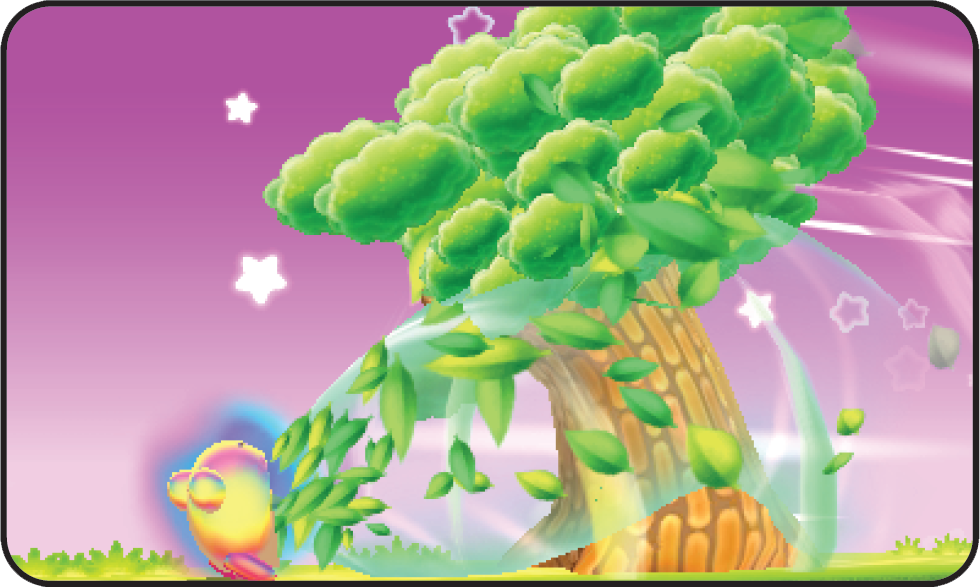 By eating a miracle seed, Kirby becomes an unstoppable rainbow vacuum, gobbling up everything in his way no matter the size or shape. Sadly, the ability is showcased in just two ways, either as an uncontrollable pink puff, devouring every enemy in sight, or to solve simple puzzles. It’s a sight to behold and gives an odd, but wonderful, juxtaposition to Kirby’s innocent look.

The crux of the game are Sun Stones, with a various number in each level, waiting for collection. There are ample amounts, and usually it only takes half in a particular stage to open the main boss, but collecting all will unlock an extra level per stage. They are easy to find, though, and in a lot of instances when you miss a Sun Stone, you will know exactly where to return. The extra stages are slightly more difficult, but nothing veterans won’t be able to handle. Throughout all the locales, you will always feel in control as the controls are simple but responsive and while there are some minor gyroscope sections for simple puzzles or riding rails, it never feels intrusive.

The major issues most gamers will have with Triple Deluxe are difficulty and length, there just aren’t much of either. You will never be in danger of dying, and even if you do, Kirby respawns on the current screen. The game tries its best to not allow that as enemies will start dropping health items when you are in the red.

Lengthwise, there isn’t much meat to the main game. There are only six stages, with a handful of levels in each, and sadly the finale stage devolves into a boss rush mode. There is a condensed time attack version of the story mode unlocked after completion where you play a King Dedede, but doesn’t include new levels.

While most of the time I need a challenge to keep my focus,Triple Deluxe never led me to boredom. Even as I breezed through each level, I wanted to keep playing to see the next boss, power, and vibrant level that would unlock…and that is why the length is disappointing. You want to keep playing, but in a few hours dedicated gamers will see all the game has to offer. The one reason to revisit the story are keychains, collectibles that span the entire history of Kirby’s existence, but gamers will find over half of those without trying on their first playthrough. 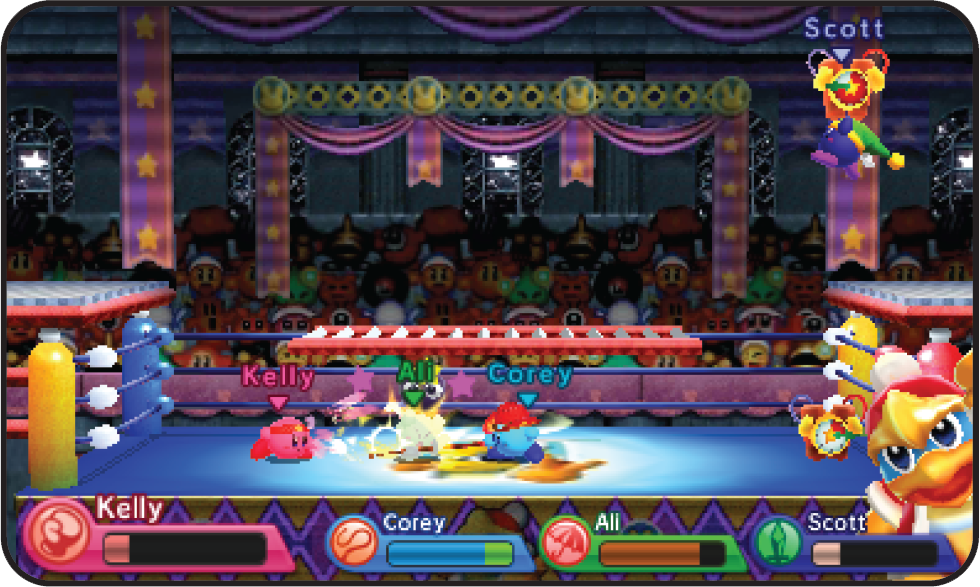 Kirby Fighters; my name is in this caption, both.

There are some other modes offered outside the story, such as The Arena, a boss rush mode where you choose a power and fight through 10 rounds with limited health options. Dedede Drum Dash, which seems more fit as a mobile app, where you jump in rhythm to a beat while collecting coins. Finally, is Kirby Fighters, which is like a Smash Brothers health match with only Kirbys using different abilities. The only takeaway from this is that Super Smash Brothers on the 3DS will work and look amazing.

Even though the game is short and lacks challenge, it’s a sight to see the first time through. The environments are gorgeous, the abilities are fun, and the 3D will leave you in awe. For anyone, like myself, who loves 2D platformers, it’s a must own for their 3DS library, for everyone else make it a rent.

Editor-in-Chief - A graduate from the University of South Carolina, Corey likes to ignore his paying jobs for video games. Playing since the NES, games have played a big role in his life and family. He hopes one day writing and art can be a career rather than a hobby.
You might also like
3DS3DS XLCorey