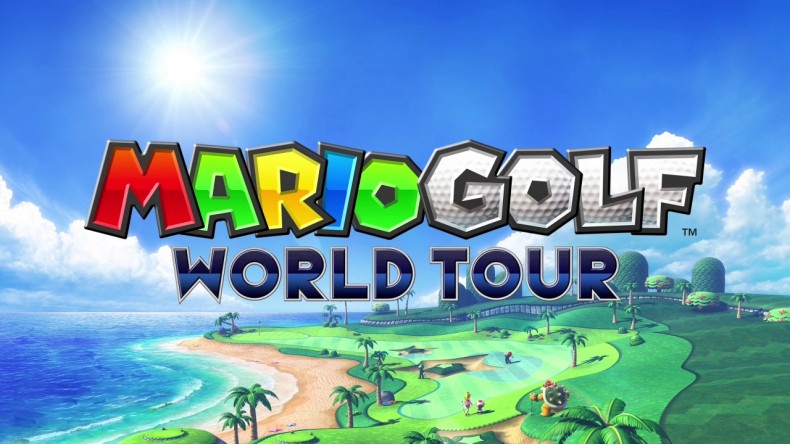 Mario Golf: World Tour is the welcome back to the golf course that weâ€™ve all been waiting a decade for. While I would have liked to have seen a meaty campaign with its classic RPG elements, World Tour makes up for it by being beautiful, entertaining, and, most importantly, fun. This game is a must have for 3DS owners, both golf fans and Mario fans alike.

It has been exactly one decade since Mario and company have hit the links, and in all that time, not much changed. This isnâ€™t necessarily a bad thing, since Mario Golf: World Tour managed to capture all of the whimsical and unique fun that was set forth by its predecessors. It was evident that a lot of time and effort went into sculpting this gorgeous new installment into the Mario golf series. As a long time fan of the games, this might actually be one of the best looking ones, second only to Toadstool Tour (the 2003 GameCube title). The vivid courses and crazy obstacles look glorious in both 2D and 3D, while Mario and company look better than they have on any other 3DS game.

While playing a round, the game allows you to choose between the traditional 3-click swing or Â an easier 2-click version, although the 2-click doesnâ€™t allow you to put spin on the ball for more creative shots. Power shots have also made a return, along with the addition of items that can be used for a variety of things. For example, using a mushroom will, like in Mario Kart, give you a boot when your ball hits the fairway. This added a really fun element to the game but I was disappointed to find out that items aren’t allowed in tournaments or matches.

In the previous handheld releases (Mario Golf on the Gameboy Color in 1999 and Mario Golf: Advance Tour for the GBA in 2004), there was a campaign mode where your character would play their way through the ranks, competing in tournaments at different clubs and then taking on that clubâ€™s pro. In a way, this campaign makes a return to World Tour, but its mostly watered down. Instead of going club to club, you just stay at the Castle Club and play their three vastly different courses. Once you win all three tournaments, thats it; the campaign just ends. No pros to take on, no challenges you need to complete. It only took me a couple hours to play and win all of them. 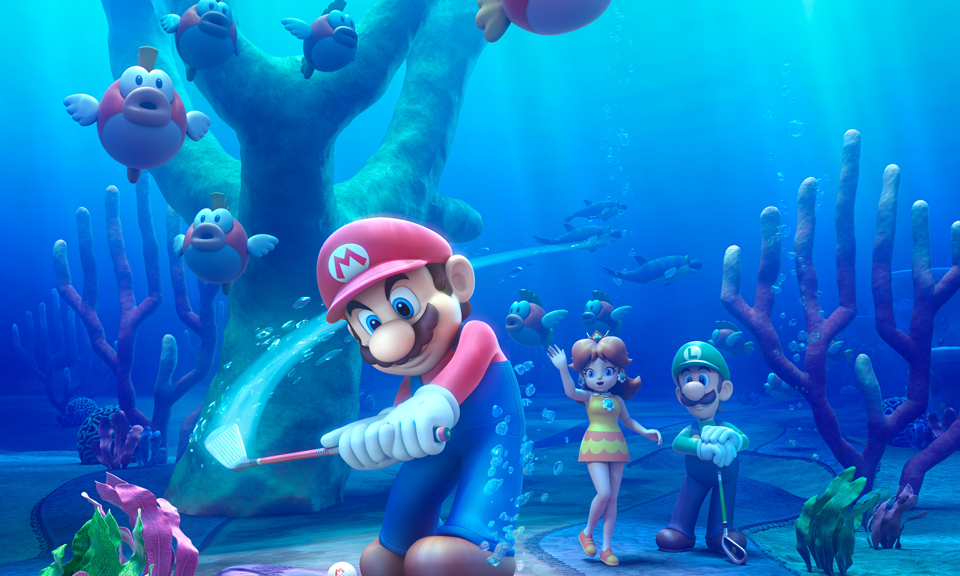 Unlike its handheld predecessors, World Tourâ€™s character system doesn’t have the RPG-eqsue leveling system where you gain XP and use the points you earn from leveling up into improve stats. Instead, this system has been traded out for equipment that you buy from the pro shop to boost driving distance, control, and accuracy. While I didn’t see a whole lot of difference in the items, it is a lot of fun unlocking new equipment to make your character a force to be reckoned with.

Aside from the campaign, there are also a bunch of challenges that are more than entertaining. These fun mini games include ring shot (which fans of the series will enjoy seeing again) and coin collection, as well as speed golf, 3 club, and match play versus Mario and the gang. Completing these challenges unlock new, Mario-themed courses, as well as new gear for your pro shop. While theyâ€™re a lot of fun to play, I just wish they had not been hidden under the quick play menu: I found that very misleading. This was too hilarious not to share: my Mii after I beat all the challenges on the Forest Course.

However, the thing that stole the show in World Tour is the gameâ€™s online play. Nintendo is not known for its great online experience but I think this time they nailed it. Playing online challenges, be it tournaments or mini games, is a boatload of fun and very easy to get into. The first time I teed off in one of the online tournaments, I was blown away when I saw DOZENS of golf balls flying through the air, as the game showed me where my competitors were ending up as they played the hole along side me. Despite the distraction of scores of playerâ€™s heads whizzing by, I found myself becoming ultra competitive, as I wanted to be the first one to put the ball in the hole. Its safe to say this feature will keep me coming back time and time again. is the welcome back to the golf course that weâ€™ve all been waiting a decade for. While I would have liked to have seen a meaty campaign with its classic RPG elements, World Tour makes up for it by being beautiful, entertaining, and, most importantly, fun. This game is a must have for 3DS owners, both golf fans and Mario fans alike.

SpawnCast Co-Host/Creative Co-Director Brian is member of the University of Mary Washingtonâ€™s class of 2012 and graduated with a BS in Computer Science. He has been gaming since the first day he held an original GameBoy in his hands and hasnâ€™t stopped since. He now plays mostly shooters and RPGs on his Xbox 360 but will occasionally work in some sports or fighting games when heâ€™s in the mood. He is also a huge fan of playing marathon sessions of Legend of Zelda when the opportunity arises.
You might also like
3DS