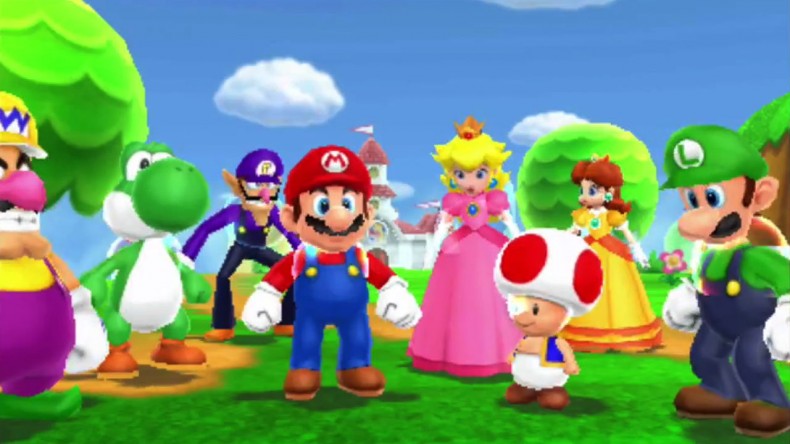 Bowser's Tower is actually pretty enjoyable, as is each board for about one minute

The archaic Mario Party design is still present in Island Tour; every board is based on luck instead of skill; dull gimmicks plague the single player mode; no couch co-op; no online multiplayer

Mario Party: Island Tour is a gigantic step backwards for the series.

All Work and no Play 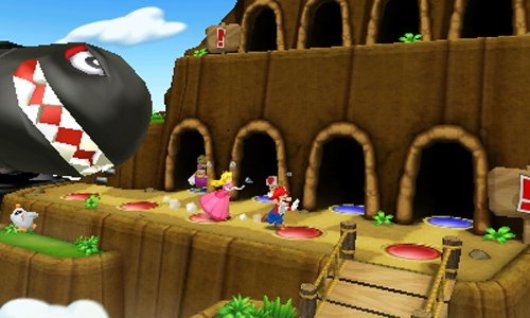 The Mario PartyÂ  games don’t require stories. It’s a little amusing that developers keep trying to toss them in. Island Tour Â is Nd Cube’s second attempt at the series (after Mario Party 9),Â and they attempt to apply a story to every board in the game. Â Here’s the thing: these are board games. Nobody actually thinks they’re on a journey to find King Kandy when they play Candy Land or believes they’re learning about the single tax theory of Henry George when they’re playing Monopoly; they’re playing to have fun and win. The same goes for Mario Party. 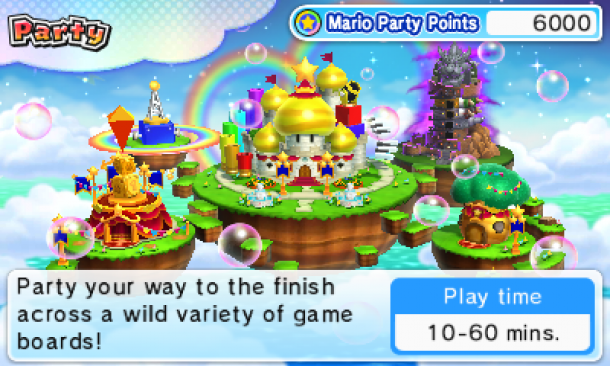 Island TourÂ  relies on the classic Mario PartyÂ  formula of being a collection of boards and minigames. Players must roll a dice to advance on a board and play minigames to gain extra dice rolls. Some of the six boards featured in Island Tour Â come with a gimmick attached, such as Bowser being able to set up traps that will hinder a player’s progress. For example, if a player doesn’t correctly guess which switch out of an available three lowers a bridge, they’ll have to wait until their next turn to guess again. Even with the gimmicks, it’s still pretty much the same Mario Party Â players have been experiencing since 1999.

A new mode making its debut in Island Tour,Â  Bowser’s Tower seeks to shake things up by eliminating the board game aspect of Mario Party Â and offering only minigames. It’s easily the best thing about Island Tour.Â Â It’s literally a tower in which players must play minigames in order to make their way to the next floor. Every few floors they’ll have to face a boss, which is really just another minigame, and when they get to the top they’ll have to face off against Bowser. Each floor that isn’t a boss floor offers three minigames, and the best part is that players get to choose which of the three minigames they want to play. I actually enjoyed Bowser’s Tower and hope it returns in the next Mario Party,Â  albeit with less randomness. 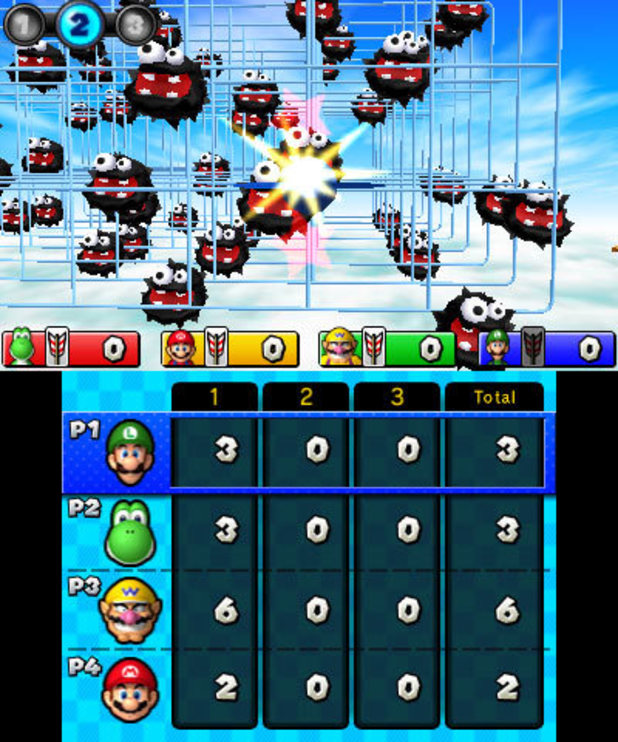 Forget about the soundtrack, which is as forgettable as the soundtrack from any Mario PartyÂ  (the only song I’ve ever remembered from any Mario Party Â game is this one).Â  Graphically, Island Tour Â looks like a Wii game on the 3DS. That’s either sort of impressive or an insult against the Wii. I’ll just say that it pretty much looks like any Mario game that has released in the past decade. I’m getting bored with these kind of visuals, but I’m absolutely willing to give them a pass if the game itself is still enjoyable. Island Tour Â isn’t. 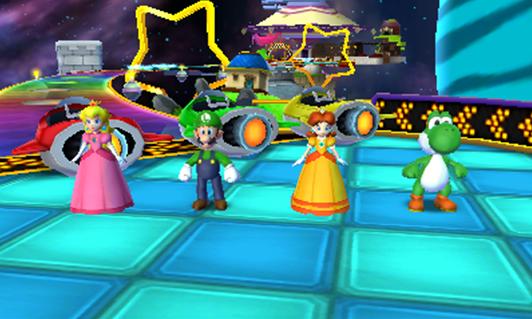 I’m willing to give the Mario PartyÂ  series the benefit of the doubt every time, but it keeps on letting me down. Island Tour Â is the worst entry in a while because it lives and dies by its single player mode. Unfortunately it’s the same drag it always was in the past. It’s absolutely still a game based on luck rather than skill, which has always been a stupid concept in video games. It’s bang-your-head-against-a-wall frustrating to be in the lead on a board only to have an opponent land on a part of the board that allows them to swap places with you, causing you to lose. Plus, the gimmicks on every board are just that, gimmicky, and terrible.

Couch co-op is the best way to experience any Mario Party Â game, and it’s been completely removed from Island Tour, Â which is understandable, but adds annoying hurdles to the multiplayer experience. Now StreetPass is required to compete against other human players, but it still feels like they’re AI. In a huge misstep, Island TourÂ  features no online multiplayer at all, which will make it a definite “no” for many gamers. So Island Tour Â basically has no multiplayer at all. I don’t know about anyone else, but when I’m playing a board game I want to be able to talk to the people I’m playing it with and not just stare at the board the entire time while waiting for my turn.

I’m pretty sure Nd Cube will be developing the nextÂ Mario Party Â game, so let me give them some advice: stop it with the randomness. Toss some skill into the next game. Make me feel like I actually stand a chance of winning and get rid of the archaic design that has plagued theÂ Mario Party Â series for years. Innovate and stop relying on the past. The past, including Mario Party: Island Tour, Â sucks.

Features Editor Buddy was a journalism major at the University of Alabama. He now spends his days writing novels that will probably never get published and wishing he were an extra in an Anthony Hopkins film. He's been gaming since he can remember and has owned every console from the NES to the TurboGrafx-16 to, yes, even the Phillips CD-i. He loves all games, but his favorite genres are shooters and RPGs. His favorite game is The Legend of Zelda: Ocarina of Time.
You might also like
Mariomario partyNintendo