Marlow Briggs and the Mask of Death Review 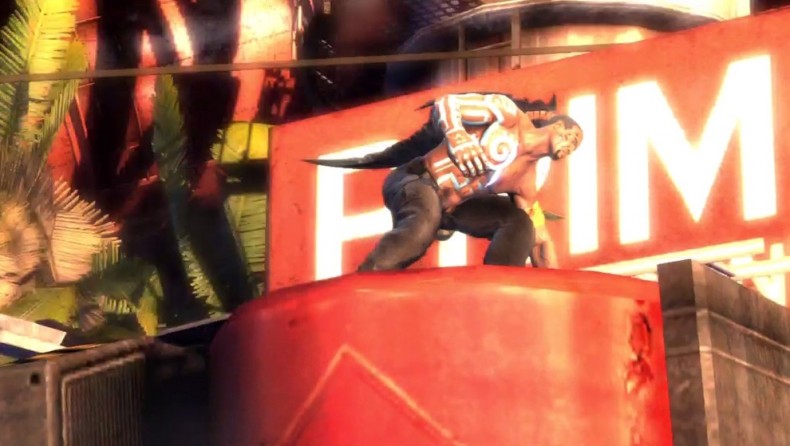 Marlow Briggs and the Mask of Death is worth a playthrough over a weekend, with it only lasting about 6-8 hours and even then, never feels dull. The game borrows and makes well use of some major aspects from triple A titles, and provides consistently fun gameplay.

Killing Him Will Only Piss Him Off

One of the things I hold proudly in my obsession with video games is the drive I have to play games that fly under the radar, or the ones that just don’t “fit in” with the other titles. One of these games is none other than Marlow Briggs and the Mask of Death. Marlow Briggs is a game that isn’t afraid to show you what it truly is; pure entertainment.

As for the story, it’s laughable. It’s in no way a pleasant tale, but the way it’s played out makes it a prime target for laughs. When you boot up the game, you’re immediately introduced to a quarry somewhere in Central America surrounded by gun-toting guards and what looks like a research camp.Â  It then shows Marlow Briggs and his lover Eva walking toward one of tents. Eva reveals that she’s unsure if she’d like to continue working as a translator of Mayan text in the camp. When they reach the camp she tells her boss how she feels, and he doesn’t react kindly to this. He tells her that she has no choice and that she has signed a contract, basically meaning she’s forced to work for him until he’s satisfied.

Marlow doesn’t take kindly to this, telling Heng Long (The boss) that he can’t talk to his lady like that. Long replies by ordering his guards to take hold of Marlow and Eva, and then commands his assistant to kill Marlow with a Mayan scythe. Think I’m spoiling anything? I’m not, this literally happens in the first 5 minutes of the game. So there you are, dead, and out of nowhere, a mysterious mask on the scythe orders resurrects Marlow to become the “Sacred Warrior”. Marlow’s original goal is to take back his girlfriend and leave the dig site, but as the game progresses you learn that there is a much more pressing issue at hand, and you eventually need to, you guessed it, save the world.

The game isn’t very long (I beat it in one 6 hour sitting), and you can tell that the story was not the main focus here. But throughout everything the story only becomes increasingly more ridiculous, from fighting gigantic water gods to a mountain rising out of the ground like it was nothing. Most of the story is presented in the gameplay, with the banter between Marlow and the Death Mask. There are cutscenes here and there but they’re nothing to write home about.

This is what kept me playing through the game, it’s just pure fun. It plays a lot like hack and slash games like God of War or Devil May Cry, but with less originality. It has basic combos that you can string together, but it’s nothing new. With that said, the game is still a blast to play, and most of the time you’ll be cutting up enemies and throwing them all over, but that’s not all! Marlow Briggs and the Mask of Death even features some platforming aspects, which feel almost like an Uncharted game, but less refined. 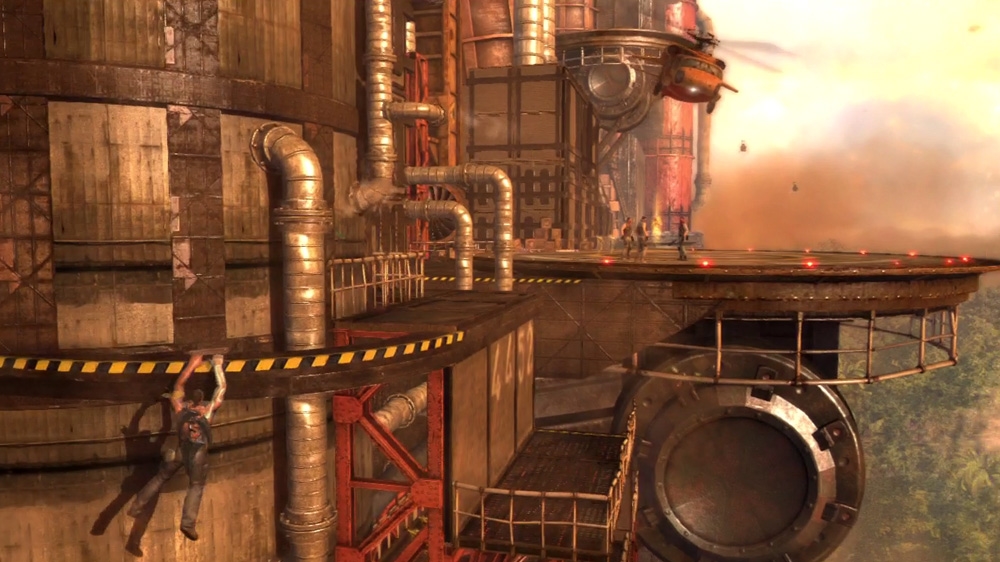 One of the many moments in which you’re literally hanging on for dear life.

The combat is fun and simple, with no real complicated combos to master. It’s fast paced through and through, meaning elements never feel dull and this makes up for the button mashing you’ll be doing the next six hours. Besides the combat and platforming, there are a few shooting based portions of the game where you’re either in control of a turret shooting down choppers or when you’re actually in a plane, shooting down other planes. The shooting sequences are fun and a nice change of pace, which helps the game stay interesting. The controls feel tight and responsive, which is something that a lot of hack and slash games have trouble achieving.

Even though the game is only around 6-8 hours long, the game feels like a game you’ll want to give another playthrough on another difficulty or trying to get one of the high scores on one of the challenges spotted throughout.

Due to the game taking place in Central Africa the color scheme in this game is great. Even though you’ll be splattering the area with blood, the game looks lively and the areas are varied throughout the game as you try and track down Heng Long. The game looks its best when you’re in outdoor environments, but still feels detailed enough throughout. On the other hand, the sound was probably the first issue I had with this game. I noticed right off the bat that the voice acting was sub-par for some of the characters. The voice of Marlow was good, but not great, and the only voice to really grab my attention was the voice of the Mask of Death.

The only real issue I had when playing Marlow Briggs was at certain moments in the game it showed these static image cutscenes in which it’d be a frozen frame of time, but viewed at multiple angles. (Example: Bayonetta) I have never enjoyed when scenes are played out like this and sometimes it felt like I would of rather played out the scene in the game rather than watch it in what I would call “broken slow motion”. Have you ever seen a movie where the only things you could say about it were; “It’s so bad it’s good.”? Well Marlow Briggs is the video game adaptation of that, with over the top gameplay, cutscenes and an absolutely ridiculous story, this game is worth a playthrough or two. While I wouldn’t pick it up at full price, if this sucker goes on sale, definitely give it a chance. You might be surprised.

PC, Reviews, Xbox 360
505 GamesMarlow Briggs and the Mask of Death

Former Staff Writer Alex has been gaming since his mind could comprehend what gaming is, starting with the brutal likes of the Iron Fist Tournament to grinding levels in RPGâ€™s. In his free time he loves to play bass and go on adventures with his dog, Chief. Alex aspires to be a gaming journalist and bring as much as he can to the SpawnFirst table.
You might also like
505 Games