The Night of the Rabbit Review 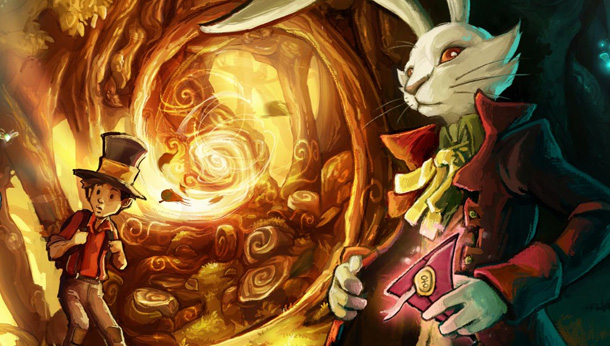 Some bugs that made their way through production.

At $19.99 on Steam for both Mac and PC, itâ€™s definitely worth checking out, if for the voice acting and artwork alone. The story itself is sweet and charming, and the gameplay tweaks elevate it to more than just a standard adventure game.

Daedalicâ€™s Night of the Rabbit is a charming fairy tale with fun– though not revelatory– gameplay, beautiful graphics, and excellent voice acting. Â Daedalic has a knack for off-beat stories (check out Chaos on Deponia and Deponia) and Night of the Rabbit is no different. Â Night feels in its high points like the charming prologue to a series of childrenâ€™s magical adventures. Â Thereâ€™s nothing earth-shattering about the game or the story, but itâ€™s an engrossing, charming, and often-funny story about the magic to be found (and made) in the waning days of summer.

Night of the Rabbit begins where all good childhood adventures do: in the final few days of summer vacation, when a boy named Jerry Hazelnut follows a white rabbit named Marquis de Hoto into the woods in hopes of becoming a magician. Â There he finds Mousewood, a village of mice, hares, hedgehogs, and the occasional dwarf. Â His brief is simple: as the new apprentice of the Marquis, he has to help the town of Mousewood prepare for the Treetop Festival, which generally means collecting and combining a series of items and delivering them in the hands of the appropriate people, er, animals. Â Along the way, Jerry meets the charmingly eccentric residents of Mousewood, which includes a cranky hare, two brother hedgehog repairmen, a snotty mouse child, and a mole with a booming radio voice. Â There is no sense of urgency during this time of preparation, only the sprawling feeling of the final days of summer. Â Jerry learns a series of usable magical spells, and heâ€™s well on his way to becoming a master magician himself. 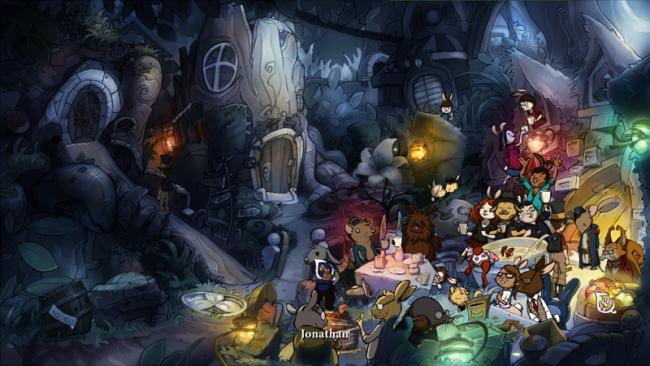 As this goes on, thereâ€™s a slight air of menace around the town of Mousewood, which largely consists the presence of strange creatures wearing people-masks. Â Their presence strikes the right balance between silly and sinister, and that mood shifts more in the direction of the latter after Jerry returns home to find that heâ€™s been gone for quite some time and his home and his city have been taken over by pollution and grime. Â After he has some hope inspired in him (literally– youâ€™ll see), he returned to Mousewood to find it, too, changed. Â The early play drags a little but hits its stride during these later acts, as Jerry works to free the citizens of Mousewood from the strange little men in their people masks.

â€œOh, so youâ€™re looking for the beginning of your story.Â  If we can find your beginning, we can go from there.â€ â€“ the Wood Sprite

The story is told in a traditional five-act structure, with its crescendo in the final act.Â  The characters are primarily archetypes and rarely go beyond those limits, but that works for a game as similar to a fairy tale (or, perhaps, Alice in Wonderland) as Night is, and itâ€™s never necessary for characters beyond Jerry to slough off those frameworks.Â  A grumpy hare, a Dude-like magician, an enigmatic white rabbit are exactly what they appear to be.Â  The story isnâ€™t theirs, however.Â  It belongs to a boy named Jerry.

At its heart, Night comes from the world that Sierra and LucasArts built in the 80s and 90s: point-and-click combine-the-item adventure. Â None of the puzzles are particularly challenging, unlike some of the vexing moments in the beautiful Daedalic-published Machinarium, but this makes for easy, relaxed gameplay. Â Daedalic has the classic adventure game formula figured out, and there are multiple unique gameplay elements that elevate it beyond the standard combine-the-item play (though thereâ€™s plenty of that). Â The first of this is a helpful gold coin that, when looked through, provides Jerry with a magical glimpse of the world around him, to include identifying hotspots, which can be helpful in a pinch. Â The second is a spell that changes the world from day to night and back again, a clever touch that also means thereâ€™s a lot of backing-and-forthing, which can get a little tedious.Â  As is fairly standard in games of this genre, thereâ€™s a lot of moving back and forth between various scenes to ensure that every little bit of inventory is picked up, which can become tedious but is far from problematic.Â  A spell called â€œAdvice Seekerâ€ provides hints when needed, though most of the puzzles are self-evident enough to preempt any usage of this, except when specifically scripted into the gameplay as a necessity.Â  The game is, to its credit, also longer than youâ€™d anticipate.

As usual, Daedalic knocks it out of the park with their beautiful graphics, sound design, and voice acting. Â Every set piece is a beautiful revelation: day scenes are completely different at night and beautifully so. Â The design supports the magic of Mousewood, and every interior and exterior is gorgeously crafted. Â Even brief side adventures, like a foray into a Japanese garden, become places you want to visit. Â The change from day to night in some scenes yields new characters and scenery: for instance, day near a dwarfâ€™s house shows darkened windows and a lack of life.Â  Night, on the other hand, has the eerie outlines of dwarves mining in the dark.Â  A quiet hare garden during the day turns into a raucous party at night.Â  The music is also gorgeous, primarily folkish string pieces that enhance the quirky fairy tale atmosphere. 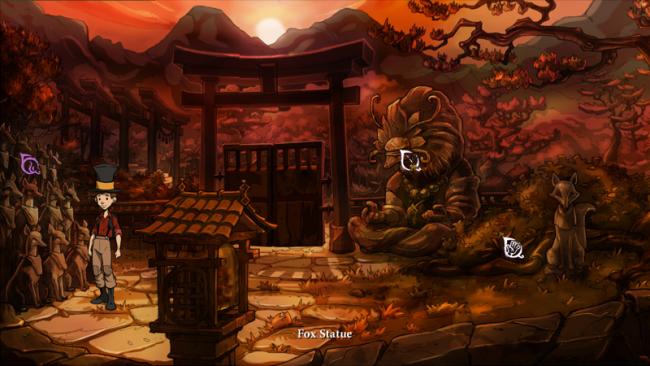 Jade Empire, is that you?

Itâ€™s hard to say whether this was specific to my version or not, but I had some game-breaking technical issues in the final chapters, including white screens of death, bizarre garbled text, and tiled images. Â This was generally fixed by saving, quitting, and restarting, but thatâ€™s not really fun for anyone.

Nothing much, though the game is available in multiple languages, to include a German audio track, though it should be noted that the English-language voice acting is far superior.Â  There is also an entertaining mini card-game that resembles Go Fish and, once learned, can be played with citizens of Mousewood for fun.Â  There are also collectible stickers and dew drops throughout the game.

At $19.99 on Steam for both Mac and PC, itâ€™s definitely worth checking out, if for the voice acting and artwork alone.Â  The story itself is sweet and charming, and the gameplay tweaks elevate it to more than just a standard adventure game.

Former Staff Writer Alice is a novelist, Shakespearean actress, and gamer who once survived emergency surgery in Bangladesh, but still finds most video games more exciting. She still has recurring nightmares about Uninvited (from 1986) thanks to an early childhood playing games on an ancient Mac. She's played Mass Effect more times than most people should own up to and is eagerly awaiting her very own episode of Intervention, which will likely be the Best. Episode. Ever. She also occasionally speaks German, but only when it's most inappropriate.
You might also like
adventureBuyPC