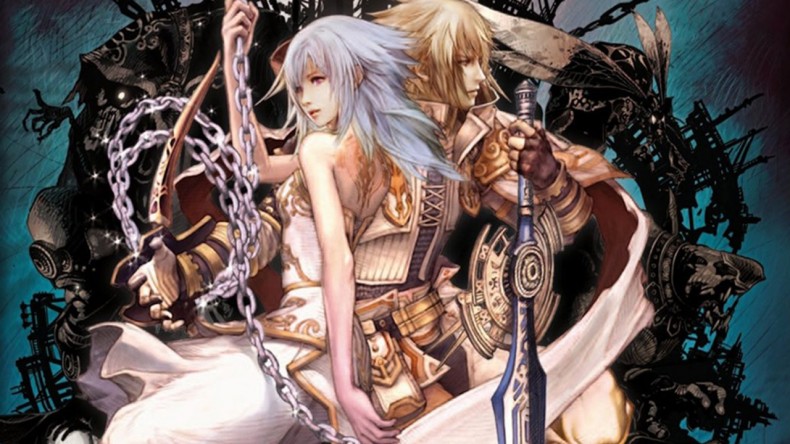 Almost every single thing about it is interesting; Using the Oraclos Chain is cool and the primary gameplay is fun, but...

...it can become monotonous when playing for extended periods of time; The required backtracking is irritating; It's pretty lacking in the visual department

If you still own a Wii like I do, you owe it to yourself to pick up a copy of Pandora's Tower. It was basically the Wii's last hurrah, and it deserves more attention than it got. It has a few things working against it, but not enough to keep it from being an enjoyable action-RPG with an interesting story and some cool tricks up its sleeve.

Pandora’s TowerÂ should have released in North America sooner. It came out in Japan in 2011. Europe and Australia got it last year. It’s the type of game that could have carried the Wii during those dull months Nintendo allowed the console to suffer from. Instead Nintendo of America chose to ignore fans for two years before allowing Xseed to localize the game in the Wii’s twilight days. It’s a shame becauseÂ Pandora’s TowerÂ is really solid.

Pandora’s TowerÂ offers a different take on the damsel-in-distress cliche. The protagonist, Aeron, is tasked with saving Elena, a singer, from a horrible curse that’s been inflicted upon her. The curse is slowly turning her into a monster. A merchant named Mavda explains to Aeron and Elena that the only way to stop the curse is to journey to a place known as The Scar. The Scar is named as such because it’s a giant hole with 13 towers suspended over it via a large chain.

Mavda tells Aeron he must journey into the towers and kill the “master” ruling over each. She tells him he must collect each master’s “flesh” and bring the flesh back to Elena so she can eat it. According to her it’s the only way to stop the curse. She provides Aeron with a weapon called the Oraclos Chain, which she says will help him defeat monsters and obtain their flesh. Then the game really begins.

It’s an interesting story that actually improves as Aeron tackles each tower. Past events come into play, and everything is not as it seems. I found myself wanting to hurry up and complete each tower so I could find out a little bit more about why the towers were even there. It also answers the questions of why Mavda is helping Aeron and Elena and why Elena was cursed in the first place. It’s a refreshing RPG narrative. 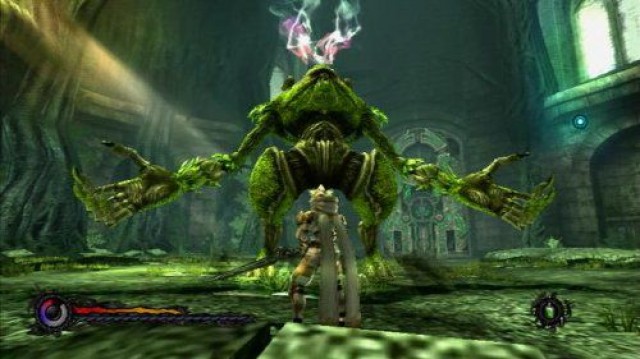 The Oraclos Chain was really just put in the game so the developers could fool around with the Wiimote. The main thing players will be doing inÂ Pandora’s TowerÂ is tapping A to whittle down an enemy’s health with Aeron’s primary weapon before pointing the Wiimote at the screen and pressing B. This brings up a reticle. Players must aim the reticle at the enemy and release B. This causes Aeron to fling the Oraclos Chain at the enemy, bounding them and setting them up for a finishing blow.

Taking down the various minor enemies inÂ Pandora’s TowerÂ is usually an easy task, but bosses are an entirely different story. Aeron must constantly utilize the Oraclos Chain during boss battles, and players will have to hold down the B button while performing pulling and snatching motions with the Wiimote to drain each of the tower masters’ health bars. When the health bars are depleted players must perform one last attack with the Oraclos Chain, an attack that rips out the master’s heart. Aeron must then deliver the heart to Elena, who hesitatingly eats it.Â Figuring out each of theÂ Shadow of the Colossus-esque bosses’ weaknesses is fun, and ripping out their hearts is always awesome and satisfying. 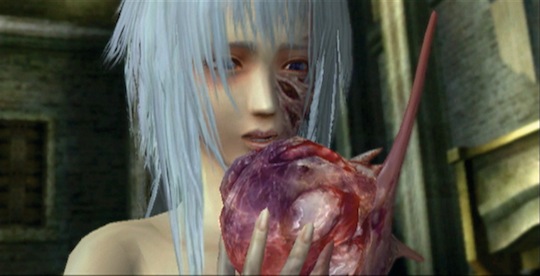 The Orcalos chain also serves other purposes. It can be used to grab items that are out of Aeron’s reach, navigate the environment and solve simple puzzles. The 13 towers each contain different obstacles, which are usually pretty easy to bypass. The Oraclos Chain is almost always the “solution”. The biggest obstacle Aeron must face in each tower is architecture. Some of the towers are tough to navigate, and some require quite a bit of backtracking. Everything else ties into the biggest foe Aeron must face inÂ Pandora’s TowerÂ overall: time.

A circular meter rests on the bottom left of the screen. It slowly depletes as time passes. It’s basically Elena’s health, and if it runs out the game is over. Elena turns into a monster and the player receives the worst ending. Figuring out the layout of each tower is key because as they become more challenging Aeron will have to sometimes abandon his current quest to deliver beast flesh to Elena. I felt guilty watching the physical changes Elena goes through as the meter grows smaller and smaller, so I began making sure to keep her well-fed.

Pandora’s TowerÂ is not a pretty game. It’s very grainy with some of the enemy designs, environments and cutscenes being its only redeeming aesthetic qualities. The Wii was never known for its technical prowess, and most games on the console suffered visually. However,Â Pandora’s TowerÂ looks as if it belongs to the year 2004.Â Shadow of the Colossus, which I’ve already compared it to, looks better than it does.

Its obviously inexpensive nature also means that a lot of the voice acting sounds really phoned in. Aeron hardly ever speaks, but Elena sounds like a spoiled British girl who missed tea time. The music is also nothing to brag about. Much of it is either predictably intense, and often appropriate, battle music or organ music that sounds like it was composed by someone on an acid trip. FORTISSIMO POSSIBILE!

Pandora’s TowerÂ is meant to be played in short bursts. I recommend taking a break after each tower because the gameplay becomes monotonous quickly during extended sessions. The chain mechanic is a cool idea, but it does outstay its welcome at times. Also, the constant backtracking is a bit of a nuisance. IfÂ Pandora’s TowerÂ hadn’t made me care about what happened to Elena as much as I did I probably would’ve found it annoying in its entirety. If you still own a Wii like I do, you owe it to yourself to pick up a copy ofÂ Pandora’s Tower.Â It was basically the Wii’s last hurrah, and it deserves more attention than it got. It can probably be found for lower than the suggested price at most outlets now, so get it. It has a few things working against it, but not enough to keep it from being an enjoyable action-RPG with an interesting story and some cool tricks up its sleeve. R.I.P. Nintendo Wii.

Features Editor Buddy was a journalism major at the University of Alabama. He now spends his days writing novels that will probably never get published and wishing he were an extra in an Anthony Hopkins film. He's been gaming since he can remember and has owned every console from the NES to the TurboGrafx-16 to, yes, even the Phillips CD-i. He loves all games, but his favorite genres are shooters and RPGs. His favorite game is The Legend of Zelda: Ocarina of Time.
You might also like
Nintendoshadow of the colossusXseed