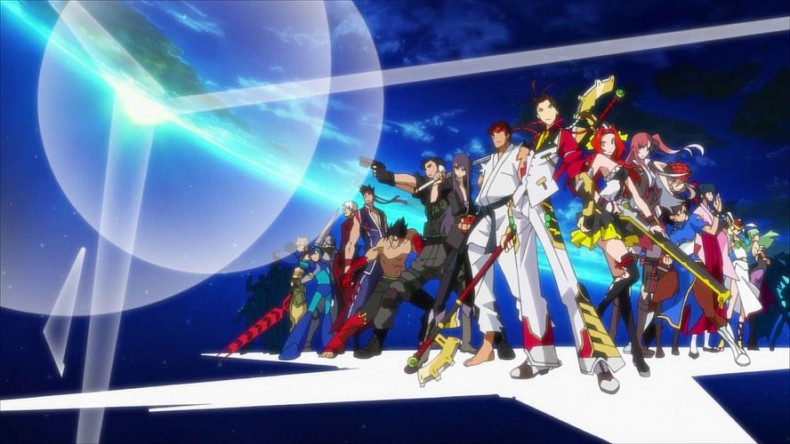 Simplistic and unbalanced for a strategy RPG, dumb story, soundtrack is lacking, levels are excessively long

Despite Project X Zone's stupid crossover story and the simplistic, unbalanced gameplay, the game still manages to be fun. This is a good game to waste time with and it will keep owners busy for quite some time. Just don't expect a complex strategy game because this is just a casual game with strategy RPG elements. For anyone looking to get a decent game for their 3DS, this is definitely worth a look.

If there is one thing writers in the entertainment industry love, it would be crossover stories.Â  Why wouldn’t they though; by placing two or more popular characters into the same story, they already amassed a decent sized target audience based on the premise alone.Â  Apparently both Capcom, Namco Bandai, and even Sega decided this was a good idea and pulled out all the stops with Project X Zone, a casual turn-based strategy game for the 3DS. Despite a ridiculous concept and simplistic design, Project X Zone somehow manages to be a decent time waster.

Normally, I would give the basic concept of the story along with a few details, but that is extremely difficult considering how seriously convoluted the entire story is. In short, characters from different worlds, different dimensions, and different timelines of said worlds and dimensions are brought together to fight against a common enemy.

This evil group has managed to steal a powerful artifact able to tear apart time and space which serves as a means to explain and justify the crossover of various characters. It’s cheesy, ridiculous, and all-round cartoony, but at least they made an effort to explain the insanity.

While the lack of depth and craftsmanship in the writing is to be expected, it would have been nice to know where some of the game’s characters come from.Â  There are quite a few characters found in the game that I had no idea who they were, or from what game series they originated in.Â  Despite this, there are still a decent amount of characters that are easily recognizable.

Here’s a genre I would never expect to be mixed in with strategy RPG: casual. Project X Zone is the type of game a person would pick up when he/she doesn’t feel like playing anything too thought provoking or complex. The game is much like various IOS or Android games in which they serve as a means to waste time.

Units start off in pairs with at least three different attacks and a set of skills before receiving the option to add a solo unit for one more attack and skill. Movement is much like Final Fantasy Tactics or Fire Emblem in which each character can move a set number of squares. Combat on the other hand, is much more unique and flashy.

By attacking an enemy unit, pair units are allowed four regular strikes and one attack from the combined solo unit, if they have one, before the turn is up. Various attacks may either inflict a status ailment to the enemy or knock them off their feet allowing for possible extra damage. By choosing the attacks with the analog stick, players can string together ridiculously long combos.

The combat, while very flashy and over the top, isn’t difficult to master and after a few tries with the given characters, players, myself for example, will probably fall into a rhythm by using the exact same combination repeatedly. Granted, there is a simple joy to racking up a 50+ combo and watching the enemy’s life bar pull a disappearing act.

AttacksÂ accumulate X-points which can be used for skills, super attacks, and to either guard or counter an enemy strike; this is why the game is more casual. In a single units turn, that unit can use multiple skills, use multiple items, and then attack the enemy.Â  It is entirely possible to use all X-points on the unit’s every available skills, use up the entire inventory, and then attack an enemy all in the single turn of one unit which feels a little unfair.

Losing a battle isn’t even very punishing as the unit can be revived as long as it has been done within a set number of turns. This and the available actions given to a single unit aren’t really bad things per se, but the gameplay feels really unbalanced, especially for someone who is a fan of XCOM: Enemy Unknown.

There is one aspect of the game that should not be an issue, the length of the levels. Never before has a quick-save function been so necessary since an average level may very well last up to thirty minutes. Every stage is filled to the brim with dozens of enemies and at least one boss who has a life bar taller than the Empire State Building.

I like when a game has longevity, and this game has over forty levels by the way, but every level can be a bit tiring due to its extreme length. While the game isn’t very difficult, I could only guess how disheartening it would be to get close to finishing only to forget to save and be defeated.

The only other problem with the game is there is very little mission variety and even the bosses essentially fight the same. This means all bosses can easily be defeated by getting your team to surround the boss and constantly attack the boss from all sides like it were a gang initiation. Also defeating the bosses usually ends the missions immediately. 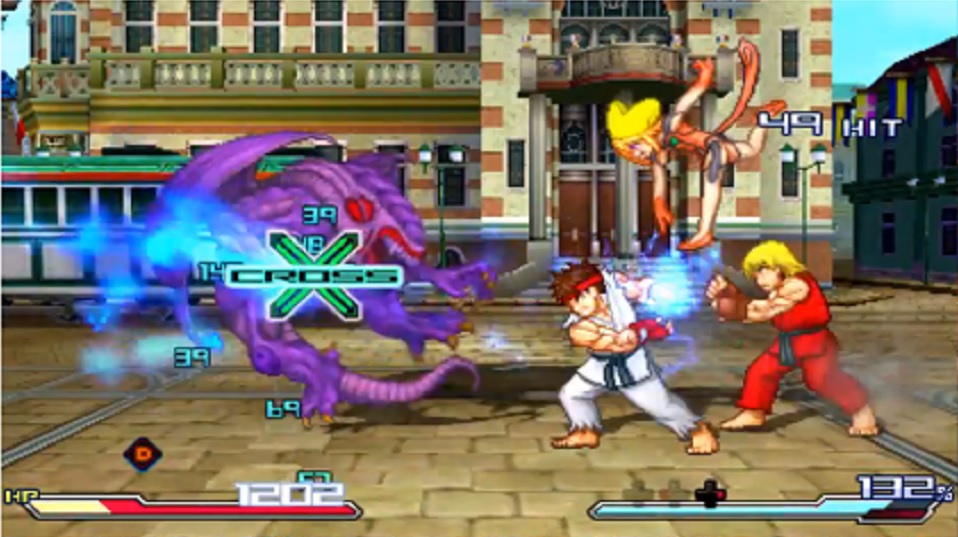 The 2D graphics and hand-drawn characters look great and for once, the 3D function of the platform actually enhances the graphics. The art direction is colorful and whimsical, even though this is somewhat contradictory to some of the more serious characters, giving the game superb visuals. Animations are fluid and fast making it a joy to watch the characters pummel an enemy in style.

Sound design is not bad, but the lack of musical tracks is a letdown since the same musical tracks will be used repeatedly during every stage. The voice acting is in Japanese with English text under the speaking character. This isn’t a problem for me since I enjoy watching subtitled movies from various countries anyway, plus it sounds natural. Despite Project X Zone‘s stupid crossover story and the simplistic, unbalanced gameplay, the game still manages to be fun.Â  This is a good game to waste time with and it will keep buyers busy for quite some time. Just don’t expect a complex strategy game because this is just a casual game with strategy RPG elements. For anyone looking to get a decent game for their 3DS, this is definitely worth a look.

Former Contributor Chris West is a graduate of Texas Tech University where he earned his BS in Electronic Media in Communications. Chris has been passionate about games since he was a kid and today prefers games with a strong narrative. He also has a soft spot for horror games, legitimately scary games mind you, and any game claiming to be challenging, Dark Souls for example. When he isn't playing games, he is pursuing his other passions: music and photography. Chris can play both guitar and bass and then take high quality pictures of the performance with his camera. In the end, Chris enjoys writing about his passions and ideas, when he isn't destroying his friends in Call of Duty.
You might also like
CapcomNamcoSEGA