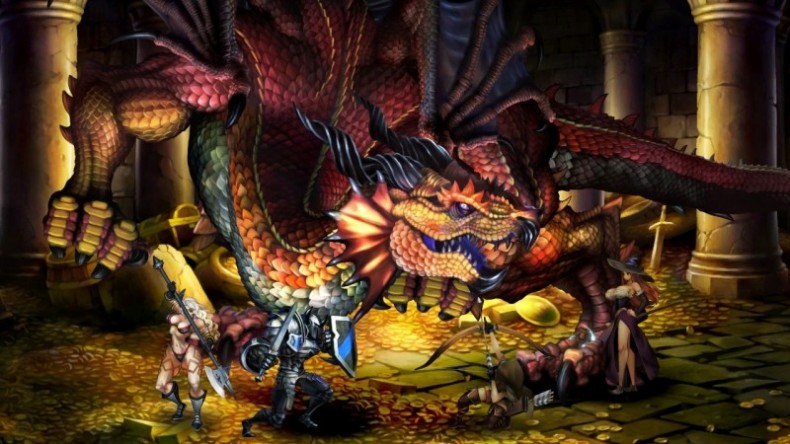 2-D graphics and aesthetics are amazing, RPG elements are deep, Many incentives to replay, Couch and online co-op aim to please, Amazing longevity

Dragon's Crown is an engaging side-scrolling brawler, beautifully wrapped over a deep RPG core. The gorgeous 2-D graphics and aesthetics are certain to please many, although its buxom beauties might turn off a few snooties in the crowd. The gameplay, however, will win over more than a few hearts. The slight issues respective to the PS3 and Vita versions aren't enough to even consider jading your opinion of the game. Even though I initially scored this game 8 corndogs out of 10 (and I hate corndogs), this game is a nine all the way through. Highly recommended.

Join SlasherJPC as he gives you the skinny on Dragon’s Crown, for both the PS3 and PS Vita versions. Find out why this game is one of the sleeper hits of 2013, and why it absolutely needs to belong in your gaming library, regardless of whether you own a PS3, Vita, or both. Also: a small-headed goblin bites the big one. Don’t ask…just watch.

Video Content Director You've just stumbled upon a huge Next Gen Gamer. Anything having to do with the latest games on all systems - Justin loves to play and talk about. From the big guns to the smaller indie titles, he loves'em all. Watch, comment, subscribe, but most of all, enjoy!
You might also like
AtlusDragon's CrownPS Vita