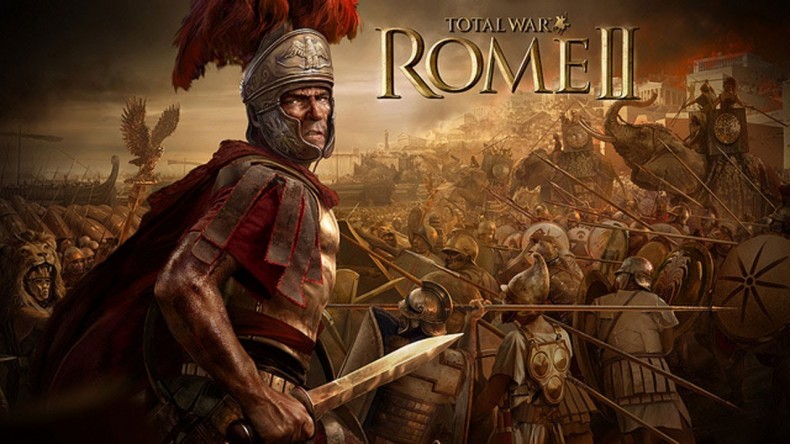 The Total War franchise has captivated hundreds of thousands fans for over 13 years, and through each game the developers have done their best to outshine each older iteration by building new engines, researching history and thickening the gameplay. Rome 2 is the culmination of these efforts and it shines through as the best Total War game yet. Well done Creative Assembly, you've done it again.

If youâ€™re looking for a game with a brilliant story line, excellent plot twists and genre defining writingâ€¦look elsewhere. I say this, not because the story is bad or anything, but because there isn’t one.Â  If youâ€™re a fan of the series or if you’ve even just someone who’s played the first game, youâ€™ll know that the only â€œstoryâ€ takes place on the campaign map, and is pretty limited unless you role-play along with it. In Rome 2, the Roman faction works much the same way as in the original Rome, in that there are 3 families all vying for dominance behind the scenes and with that, you need to climb the social ladder. There are ways you can do this such as; secret assassinations, shit-talking behind other families’ backs, and good old fashioned blackmail.

Because of Romeâ€™s unique take on Strategy, in that they combine RTS (Real-Time Strategy) with TBS (Turn-Based Strategy), I thought I would do the same and divvy up the gameplay into these handy chunks. Yes…you are quite welcome.

So the campaign map in this game is beautiful; I mean it is astoundingly good. It’s finely detailed with forests, mountains, volcanoes and cliffs and is textured brilliantly. It is said to be the biggest Total War map ever, and it holds true to that statement: it takes longer to reach places than it used to and there are loads more provinces – it feels humongous. The gameplay on the campaign map is very different from the battles, and this is probably because itâ€™s technically a different genreâ€¦ Yeah. As with all Total War games, the campaign map is turn-based, which gives you loads of time to meticulously plan your invasions, battles and defenses. In this time, you recruit units, build structures and carry out your moves across the map. Personally I feel that itâ€™s the best way to do it. How far will you go for Rome?

When throwing legion after legion into the fray against some barbarians isn’t cutting it, some diplomacy can come in handy. I love the improvements done to the diplomatic relations. Now you can actually see why someoneâ€™s getting all butt-hurt about you, instead of sitting there thinking, â€œWas it something I said?â€ It really adds a sophisticated edge to the game when you can see these things.

The battles get better all the way through the series, and I feel like the improvements made in Shogun 2 are heavily reflected in Rome 2. The chaos of battle is thick in the air, and you can feel these guys fighting tooth and claw for their lives by the expressions and chatter that arises from the ranks. To make the battles seem more realistic, the developers made a stellar move and added lots of dialogue for the soldiers, based on what army youâ€™re facing. You still get the neat-o little speeches from your general at the start, but among the ranks, you can hear the captains shouting at the legionnaires to stay in formation or to keep quiet. It even goes as far as mocking the other army – brilliant. The battle visuals have also become something of a love interest for me. They’ve got around 4000 troop animations and the polygon count has gone up exponentially, giving us a juicy experience on the â€˜field.

Like anything else in Total War: Rome 2, the sound and graphics have been scaled up from previous games to epic scales. Sporting over 3,000 sounds just for movement and a not-so-paltry 2000 impact sounds, itâ€™s just a ridiculous eargasm to hear a battle. You can really tell the difference, whether itâ€™s the (not so dull) silence of the battlefield before an encounter, or the ragged clash of steel and wood – it honestly puts you right on the field. Experiencing these sounds, along with the new cinematic â€œunit camâ€, which puts you in a third-person perspective of a unit really close to the fighting, adds stunning realism that isn’t found in other games of the same genre. On a slightly irritating note, the male adviser is a little buggy as of yet, as his voice will inexplicably change from time to time. Heâ€™ll be chatting away, giving you some advice on what to do and then as soon as heâ€™s done three or four bits then BOOM, Mark Strongâ€™s voice starts piping through your speakers giving you mostly irrelevant rubbish, of no use to man nor beast!

Creative Assembly have continued to offer the same game modes for TW multiplayer for like, ever. But now they have a few more interesting features continuing on from the flexibility of the campaign mode. They have all the usual battle types from the previous games, but have added the naval and land options as well. Creative Assembly also brought back (thank goodness) the Multi-player Campaign that was featured in Napoleon and Shogun 2. It was quite unpopular as it was time-consuming and sometimes boring to play, and unfortunately, thatâ€™s the way it is with Rome 2. Multiplayer is usually made great by the people you play with, and as an example, playing last night with one of my friends made the experience pretty awesome in itâ€™s own right. To give CA a pat on the back, the new MP campaign is significantly smoother and feels nicer than before. Good job guys!

With Rome 2 pre-order versions, Creative Assembly were pretty generous in giving us The Greek States culture pack for naught as an incentive, and also on release day they bestowed unto us a second DLC faction- Pontus for $0. In-game they have added numerous features that I havenâ€™t mentioned that may slip under peopleâ€™s radars at first: re-nameable armies and fleets (been waiting since Medieval for this!), Legion/Fleet traditions â€“ these act as a skill saver kind of thing, If one of your legions goes the way of the 9th (10 points and a pat on the back for whoever gets that reference) then you can reinstate their legacy using this. It saves their attributes that they gained through experience and puts it into a new legion/army for you.

â€œWe are legion, for we are manyâ€- The gameplay bugs in Rome 2. I know, I know. The game is great and I’ve had loads of fun so far, but the amount of bugs is unholy and annoying. I myself experienced the following: random frame-rate drops, bad frames in general on all graphics settings (even low), poor loading time for textures, un-textured surfaces, boats being half sunken when landed on a beach and last but not least, random crashes. Hope is in sight however and CA are working hard on weekly patches!

If you love strategy â€“ buy it. Donâ€™t even think about it, just buy it. If you like the Roman period and want to have some measure of an experience with it, buy it. Itâ€™s expensive yeah, but you can get it cheap on some sites, so itâ€™s well worth shopping around. The game is well polished as far as gameplay goes and once the graphical errors are fixed, it will be near perfect.

Former Staff Writer Fraser enjoys long walks on the beach, and doesn't like rude people. He also plays a ludicrous amount of games on both PC and PS3 and is Studying Computer Games Development at college in Scotland, U.K., and of course games journalisming with these fine fellows you see above and below. His wallet fell seriously ill in 2009 of a Steam Sale and has never recovered since, leading to many, many games. He has high hopes that he can suitably inform and entertain many of you fine people, and play a part to make SpawnFirst-a great website, even better. As ever, feel free to add his steam account.
You might also like
PCrome 2strategy