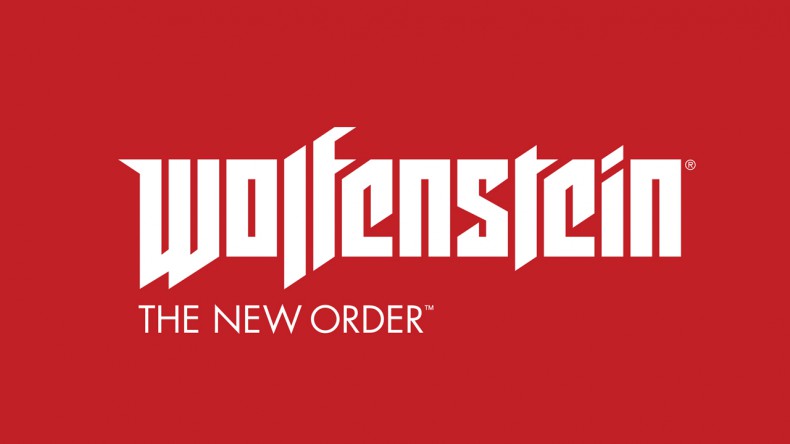 + Varied environments keep the game from getting stale

- Jarring transitions from cutscene to gameplay

- Double-mapped buttons can be finicky

The franchise that helped launch the FPS genre is back and it hasn't skipped a beat. But more importantly, it's a ton of fun.

This Wolf is Definitely Leading the Pack

Wolfenstein: The New Order begins in an alternate history version of the year 1946. World War II is still ongoing and the Nazis have managed to develop advanced technologies, which give them a huge advantage over the Allied forces. William ‘B.J.’ Blazkowicz and a team of Allies undergo a raid on an enemy fortress that is being run by B.J.’s old nemesis Deathshead. From there things go badly and the player is forced to make a moral choice which will alter the timeline you experience.

Blazkowicz and a few of his men manage to escape the fortress, but in the process B.J. suffers a serious head injury. The game jumps forward in time 14 years at this point. Since his injury B.J. has been housed in an asylum, stuck in a vegetative state. Nazis are ordered to shut down the asylum and they begin to massacre the staff and patients inside. Witnessing this awakens B.J. from his docile state and he begins to retaliate, saving an asylum worker in the process. When he learns that Germany won the war he begins his globe-trotting crusade to join the resistance and fight back against our new Nazi overlords.

This isn’t your typical linear FPS by any means. More often than not there are multiple paths through a level. The maps are quite open for exploration and exploring will pay off, rewarding you with upgrades for your health and weapons, among other things. That isn’t to say that you won’t be fighting the Nazi horde in tight corridors from time to time. There are 16 chapters in all; each one can take anywhere from 40 to 60 minutes to complete. It took me about 11 hours to complete the story on the medium difficulty, which left me at 47 percent completion overall.

More often than not there are multiple paths through a level. The maps are quite open for exploration and exploring will pay off, rewarding you with upgrades for your health and weapons, among other things.

The gunplay is as good as you would expect from an FPS game. You can have up to five weapons on you at any one time, most of which can be dual-wielded, and they all generally have alternate fire modes. The weapons you’ll be using to mow down Nazis left, right, and center with are your usual suspects for an FPS, such as assault rifles, shotguns, and pistols. There is a special weapon you’ll acquire for a level late in the game that I won’t spoil. The game controls similarly to the Call of Duty franchise and runs at 1080p and 60 frames per second, ensuring that gameplay is smooth and fluid. The game features a fair amount of gore as you’ll be dismembering limbs and blowing Nazis into little chunks with ease depending on your weapon of choice.

The New Order  won’t be taking away any ‘best graphics’ awards from Infamous: Second Son or Killzone: Shadow Fall,  but that’s not to say the graphics aren’t good. The game runs on id Tech 5, which is the same engine that Rage was built on, so if you’ve played that; you’ll have some idea of what to expect, graphically-speaking. There are some jagged edges on objects if you stop to get up close and personal with them, but in motion the game looks great. You’ll have a ton of fun blasting Nazis to bits and painting the walls red.

You’ll encounter a wide array of enemies to slaughter during your campaign, from small armored dogs and generic Nazi soldier cannon fodder to big robotic bipedal monstrosities. As the game takes place in an alternate timeline it allowed Machine Games to take a lot of liberties with factual history, which makes for a more enjoyable game.

When you engage with the enemy they’ll do their best to evade your fire by scrambling behind cover. That’s usually not a problem for you though as most of the objects they choose to hide behind are destructible. You can keep on firing at that concrete until all that remains is exposed rebar, and of course, the corpse of your Nazi prey.

Stealth works surprisingly well and is definitely a valid option. A well-placed headshot with your silenced pistol will quietly kill a Nazi soldier. Or you can get up close and personal by sneaking up behind a guard and opting to do a knife takedown.

There are four perk tiers in the game to suit your play style and they can be upgraded and expanded upon. For instance, the more you opt to use stealth, the better B.J. will become at it. Some of the perks include increased damage with a silenced pistol, faster movement speed while dual-wielding, and increased reload times.

Stealth works surprisingly well and is definitely a valid option. A well-placed headshot with your silenced pistol will quietly kill a Nazi soldier. Or you can get up close and personal by sneaking up behind a guard and opting to do a knife takedown. Be careful when approaching a guard head on because sometimes they’ll grapple you and fight back. At this point you just have to mash R3 as fast as you can to ensure you aren’t the one that gets stabbed to death.

For all that The New Order does well there are a few issues I have. Some transitions from cutscene to gameplay are quite jarring. There are instances where you approach a character to engage in a conversation, which will trigger a cutscene for no good reason. I don’t see why the characters couldn’t converse during actual gameplay; it just feels awkward. There are also some bizarre animations that make me feel they could have used a bit more polish. B.J. can apparently pull himself out of water by grabbing onto thin air.

Some of the buttons are double-mapped so occasionally you might find yourself throwing a knife at an enemy a few feet in front of you rather than simply stabbing them. Not only that, but the weapon wheel is mapped to the same button as your grenades, which means you can’t “cook” grenades either. Luckily I didn’t encounter anything game breaking and these are only minor grievances.

If you like to hunt for collectibles, such as golden Nazi artifacts, there’s plenty to keep you occupied here. However, the fact that the story can be completed in 11 hours and the game’s distinct lack of multiplayer make it a little hard for me to recommend a purchase at full price. If you’re a completionist there’s enough here to keep you occupied for 20+ hours, but that’s only if you want to see the outcome of both timelines and collect absolutely everything. If you’re the type of gamer to run through the story once and move on, I would think twice before you pay full price for this.

The franchise that helped launch the FPS genre is back and it hasn’t skipped a beat. But more importantly, it’s a ton of fun. Wolfenstein: The New Order is very much a modern FPS with some retro mechanics sprinkled in for good measure. However, the lack of multiplayer means it may not stay in your system of choice for long.

This game was purchased legally and therefore is not under NDA or embargo restrictions from Bethesda Softworks. Also, SpawnFirst does not deal with pirated versions of games and we have an extremely strict policy against such practices. The author’s PSN profile can be viewed HERE.
The Lowdown
Badges
PlatformPC, PS3, PS4, Xbox 360, Xbox One
GenreFPS
Developerid, Machine Games
PublisherBethesda
RatingMature
Release Date

Senior Staff Writer Karl has been an avid gamer since the days of the original PlayStation, it's a passion that took ahold of him at a young age and one that never let go. When he isn't playing games he's usually writing about them, or listening to The Killers. Metal Gear Solid is quite possibly his favourite gaming series of all time, having only initially purchased a PlayStation 3 to be able to experience Metal Gear Solid 4.
You might also like
PCps3ps4