Yoshi’s New Island Review; or I Prefer The Old Island 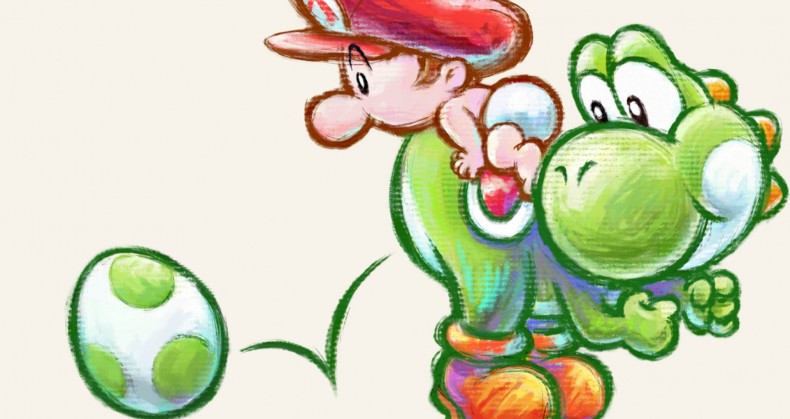 It's a platformer that is more lethargic than it should be

I can't think of any other platformers I would recommend Yoshi's New Island ahead of. Play it if you want to see a shadow of a better game with a rare bit of brilliance sprinkled here and there. I've already stopped caring. I had some fun with it, but Yoshi's New Island will never find its way back into my 3DS.

I Miss My Super Nintendo

When a platformer is attached to the Nintendo name it’s also attached to certain expectations. Nintendo is the king of the platformer and should be able to pull them off blindfolded at this point.Â Yoshi’s New Island, Â the fourth sequel toÂ Yoshi’s Island, Â which itself was a sequel (Super Mario World 2),Â was obviously handled mostly by game developer Arzest, with nary a hint of Nintendo’s magic to be found. The original was beautiful and imaginative, and it has stood the test of time. Its follow-ups have not, suffering from a severe case of sequelitis even in their own time.Â Yoshi’s New Island Â is a step up from previous efforts, but it never comes close to being anything more than “meh”. YoshiÂ still knows all of the old tricks. The main attack in the game is still the ability to suck in enemies with Yoshi’s lengthy tongue. You can then spit them at other enemies or swallow them, turning them into an egg. The eggs, whether formed by enemies or found in blocks or egg flowers, form a line behind Yoshi. Yoshi can carry up to six eggs at once and can use them as projectiles.

This is where another of the unique elements of the series comes into play. When Yoshi uses an egg an aiming reticle appears on the screen. It’s connected to a dotted line that moves up and down rapidly, but Yoshi can stop it at any point and choose which direction to throw the egg in. This becomes quite useful as bosses and flying foes enter the picture. It’s almost always better to use this attack while in motion because if Yoshi uses it while standing still an animation hiccup occurs, which can be annoying when Yoshi is in a tight spot.

Yoshi’s New Island also features minigames in and out of its main story mode. The ones in the story mode all use motion controls and like most things that are motion-controlled, they suck. I dropped my 3DS twice after having to tilt it at ridiculous angles. The co-op minigames, unlocked by completing story levels and available through the main menu, are bland, but mostly inoffensive. They’re also completely optional unlike the ones in the story mode.

But aside from that hiccup, everything works fine. Platformers are not exactly known for being broken or anything, andÂ Yoshi’s New Island Â is no exception. It plays like a platformer ought to. The “flutter jump” Yoshi is known for is still utilized to travel to hard-to-reach platforms or hidden areas or to bounce across enemies.Â Yoshi’s New Island Â certainly feels like any otherÂ Yoshi’s Island Â orÂ Mario Â side-scroller, complete with worlds that each end with a castle containing a boss battle at the end. The problem withÂ Yoshi’s New Island Â is that it’s a downgrade from the original game, which released almost 20 years ago. It’s way too easy; by the time I reached the final boss I had 117 lives. To make matters worse, the game helps players cheat by providing a pair of golden wings after a few deaths that render Yoshi almost entirely invincible. It looks worse than the original game, which doesn’t make any sense. The soundtrack borders on awful with discordant Yoshis humming songs that sound like they’re being filtered through soup cans. The levels are uninspired and feel as if Arzest just slapped them together from a “How to Make a Platformer” textbook. Yoshi’s New Island Â is not a bad game in any way, but I can’t remember the last time I felt so indifferent about a game set in the Mario universe. I also can’t think of any other platformers I would recommendÂ Yoshi’s New Island Â ahead of. Play it if you want to see a shadow of a better game with a rare bit of brilliance sprinkled here and there. I’ve already stopped caring. I had some fun with it, butÂ Yoshi’s New Island Â will never find its way back into my 3DS.

Features Editor Buddy was a journalism major at the University of Alabama. He now spends his days writing novels that will probably never get published and wishing he were an extra in an Anthony Hopkins film. He's been gaming since he can remember and has owned every console from the NES to the TurboGrafx-16 to, yes, even the Phillips CD-i. He loves all games, but his favorite genres are shooters and RPGs. His favorite game is The Legend of Zelda: Ocarina of Time.
You might also like
3DSNintendoYoshi's New Island