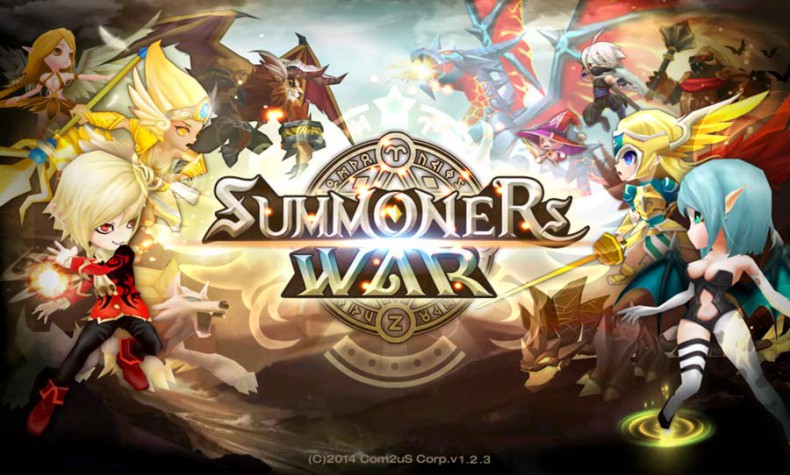 Summoners War, the latest game from social game developers Com2uS, is making a big wave in the casual game community–and among some hardcore gamers, too. We’ve come to expect nothing but disappointment from freemium role playing games, what with their “energy” requirements and overpriced premium content, but Summoners War brings fun back to the benighted genre. You play as a wizard who, from his or her floating island, starts to summon and train an army of monsters to go forth and dominate the world’s magic crystals. Which you can then use to summon more monsters. Wash, rinse, repeat. With tons of different monsters, a fun PVP system, and plenty of people to chat with in online guilds, Summoners War is more than just another mobile flash in the pan. Here are some of our Summoners War tips to rise to the top of the leaderboards. Every Summoners War monster has a basic attack and a special attack. Special attacks can be used once every few turns, depending on the move. Our Vagabond can attack multiple times and might even make an enemy less powerful for a few turns, but he won’t be able to use that attack again for four turns. It’s sometimes a good idea to use these attacks as often as possible, but keep all your team’s effects in mind and use them in sync for maximum effectiveness. As with any violence-based game, your attacks will have a chance to do extra damage on a critical hit. You can increase the odds of getting a critical with runes. As you collect runes, pay special attention to which ones increase critical rates–especially those that do so as a set. Sets are much more powerful than single runes. One of our favorite things to do in Summoners War is fuse monsters. It’s more than just a consolation prize when you summon a monster you already have. If you combine identical monsters, you’ll be able to level up an ability for the stronger one while also giving it extra experience points. That’s a double whammy of bonuses! When it comes to PVP, monsters are only half the battle. As you’re fighting a defensive battle (that it, when the AI is fighting one for you), you can get a boost from magical towers that shoot out damaging energy at your opponents. These towers can easily turn the tide of a battle. Be sure you have as many towers on the ground as you can afford early in the game. Having two at once will decimate your enemies and help boost your leaderboard rank. Mana is, as usual, the basic unit of magical power in Summoners War. You’ll pick up lots of it during battles, but most of your mana will come from the Pool of Mana on your island. Make sure to empty it out constantly, especially before you quit playing for the day (or night). Once it fills up, you’ll miss out on all the extra mana you could have gotten between then and the next time you log in.