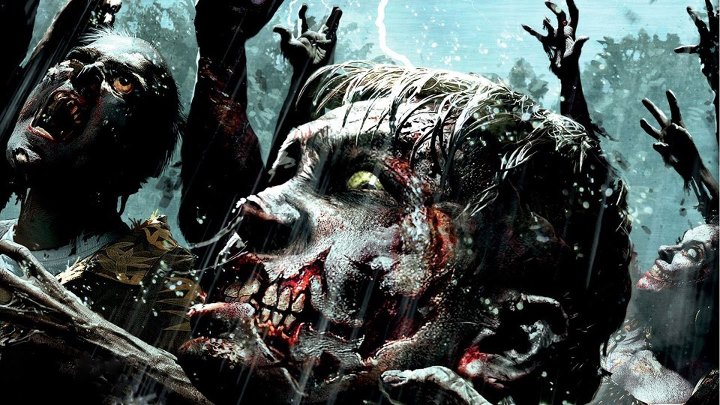 I believe it is about time to officially welcome zombies into the Hall of Overused Villains right alongside Nazis, Russians, vampires, and giant spiders.Â  Since zombies are about as clichÃ© as exploding red barrels in video games today, developers have to be extremely creative to get their zombie-fest in front of the pack.Â  Unfortunately, the developers at Techland couldn’t be bothered to make a creative, or even good, zombie game placing their undead tire fire of an RPG in the #5 spot of year’s worst. Starting directly after the events of the first game, players get to choose from one of five terribly, unlikable characters who are magically immune from zombie bites, scratches, and tickle fights.Â  From hence forth, the characters are captured by the CEO of an…wait for it…evil corporation that wants to use the zombie virus as a weapon.

This may sound like the exact same plot of every Resident Evil game, but it’s more like the Cliff Notes since there is little narrative which ironically makes Resident Evil the better storyteller;Â  there you go Capcom, you can print that on the box of Resident Evil 6.

Considering that the first season of The Walking Dead was already out and The Last of Us was prepping for launch, one would expect the writers to plagiarize from a better game.Â  That’s like sitting between both the class valedictorian and salutatorian but cheating off of the dumb kid who can’t spell basic acronyms and three seats in front of the valedictorian.Â  Understandably, a good story doesn’t always make a good game, but too bad the actual gameplay is garbage.

On paper, Dead Island is essentially Dead Rising combined with Borderlands just with all the joy and humor sucked out of it to create a harsh, melancholic experience.Â  Instead of guns, players will mostly rely on melee weapons for about 50% through the game, which is annoying for players who picked the gun specialist.Â  Since this is an RPG, players must choose which stick has the best stats before attacking an enemy which, in classic RPG style, launches a calculated number out of a zombie’s ear much like if a person were to slap Steven Hawkins in the face.

Sadly, this is about all there is to the gameplay: find a stick, fight zombies with a stick while questing, and find a better stick on the way.Â  There is no strategy to the gameplay other than to run in frantically swinging a blunt object like someone laced Derek Jeter’s Gatorade with crack.Â  Players can upgrade, combine, and repair weapons, but the game constantly drops significantly better weapons so this is pointless.Â  Just when you think you have the best, something slightly better comes along to replace it; weapons are like iPhones in this game. Death is only a minor setback too because when Â players die, they are transported back to a checkpoint with a few dollars missing from the their Â wallets and any enemies killed or injured remain exactly as they were left.Â  Unfortunately, players will be slipping the Reaper quite a few Benjamins due to cheap enemy design.

Certain enemies can kill players instantly by throwing small objects and some even come with an RPG perk that kills players if they so much as lightly brush against the player or break wind in the player’s general direction.

One new feature called Hub Defense allows players to get acquainted to the lazy gameplay mechanics, non-consequential deaths, and zombie types blatantly ripped from Left 4 Dead.Â  This mission type is like tower defense just without a tower, or defense.Â  Hub Defense is more like a updated version of whack-a-mole in which zombies come in, and the players smack them down for an extensive period of time; it’s boring, stupid, and it pads out the gameplay basically.

To make the poor design, boring gameplay, and useless RPG mechanics that level up the zombies right alongside the player, the game’s mechanics are held together with duct tape and a few pieces of chewing gum.Â  Hit detection for example tends to be a fickle mistress because sometimes I would swing a weapon only to watch it phase through the superpowered zombie and immediately be attacked as it phased back in.

The hit detection really is wonky though, in one area of the game, players can run across the leafs of palm trees; my suggestion would be to play multiplayer and recreate that scene from Crouching Tiger Hidden Dragon.Â  The last notable glitch I experienced was when the sprint function would not work, but my character was running in place like he was on an episode of Scooby Doo.

So overall, Dead Island: Riptide is a semi-functional mess marred by poor design, boring gameplay, and a complete lack of imagination.Â  It doesn’t’ help that so much of it seems to have been abysmally plagiarized from other games (story and zombie types).Â  Luckily, the developers did enough right to keep them from reaching a higher spot on the list so at least there’s that.

Former Contributor Chris West is a graduate of Texas Tech University where he earned his BS in Electronic Media in Communications. Chris has been passionate about games since he was a kid and today prefers games with a strong narrative. He also has a soft spot for horror games, legitimately scary games mind you, and any game claiming to be challenging, Dark Souls for example. When he isn't playing games, he is pursuing his other passions: music and photography. Chris can play both guitar and bass and then take high quality pictures of the performance with his camera. In the end, Chris enjoys writing about his passions and ideas, when he isn't destroying his friends in Call of Duty.
You might also like
Dead Island Riptide