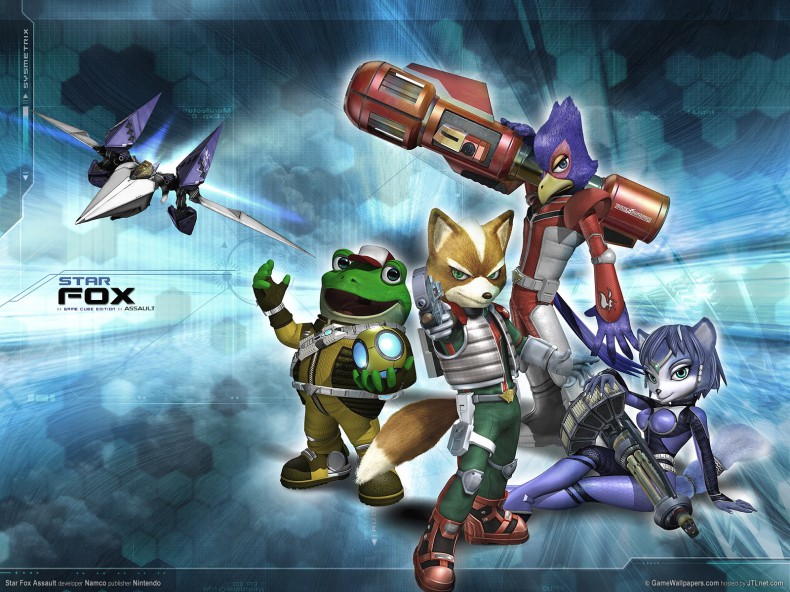 Welcome to another installment of “Where’s My Sequel?!” where I take a look at games that either never got a sequel although I felt they deserved one, or a series that hasn’t had a new installment in 10+ years and is long overdue for a new game. This week I’m going to be taking a look at one of my personal favorite series ever: Star Fox.

Now, I know what you’re thinking: “Brian, you’re breaking your rule! Star Fox: Command  came out in 2006 for the DS, which was less than 10 years ago, and Star Fox 64 3D  came out on the 3DS in 2011, which was only three years ago!” That is very astute of you, reader, but I’m doing Star Fox anyhow because I feel that Star Fox is too big to be a handheld game and belongs on a console, which Fox and friends haven’t been on since 2005 (yes I know, that is still below 10 years but hey, it’s close enough). The first entry to the series, Star Fox, drop kicked its way into the world in 1993 on the SNES. At the time, the graphic were groundbreaking, and it was actually the first Nintendo game to use 3D polygons, and featured the same flight mechanics that we all know and love from the series. Four years later, Star Fox 64  blasted its way onto the N64 and was a huge hit. Daring space battles with friends and an awesome, quasi rail shooter campaign had players huddled around their TVs for hours. Then, in 2002, Star Fox Adventures  came out for the newly released GameCube. However, it wasn’t too well received by fans as it virtually abandoned the traditional space fighter gameplay and instead put Fox on the ground and had him fighting dinosaurs with a magical staff.

Luckily, the series was able to bounce back from that in 2005 with Star Fox: Assault. The game combined the vehicle based combat with the ability to get out of your ship and fight on the ground. While the controls were admittedly bad while you were on the ground, it was definitely the proper successor to Star Fox 64  that everyone had wanted back in 2002. After that, Star Fox never found its way to a console again. However, as I mentioned above, the series did make a jump to handhelds where it saw a lot of success with both titles as both of them featured online game play, a first for the series. Despite this success and having Fox, Wolf, and Falco appear in Super Smash Brothers Brawl, a new Star Fox installment never made it to the Wii, and, as of the moment, has not appeared on the Wii U. Maybe E3 will change all that, but we’ll have to wait and find out.

Why The Series Rocks

The short answer? Space battles. Duh. However, this series deserves a real answer to explain why it rocks. At its core, Star Fox is very simple: pilot your Arwing up, down, left, and right, and shoot anything that moves, all while occasionally doing a couple barrel rolls. However, this rather rudimentary setup is completely overshadowed by the absolute mayhem happening on the screen. With scores of enemies firing at you from all sides, incompetent squad mates asking you to help them, and asteroids hurtling towards you, the Star Fox games (sans Adventures) border on overwhelming. Remarkably, while these games walk this very fine line, they never cross it. None of the games ever feel like they’re unfair or impossible, giving players a poetically beautiful balance of challenge and arcade style fun. Also, space battles. Duh. So What Happened To It?

That is a very good question, and the answer is: I don’t know. The series is well loved by all players, although, according to Shigeru Miyamoto in 2009, sales of the series had decreased over the years. While several rumors that a new Star Fox game was coming to the Wii had appeared during its life cycle, a console release of Star Fox never came to fruition. A beacon of hope has emerged in the last month though: a leaked picture of Nintendo’s E3 line up shows a Star Fox title on the roster for the Wii U. While the authenticity of the picture can’t be confirmed, its hard not to get my hopes up a little bit, although I have been burned before…

If There Is a Sequel?

Well, let’s assume these rumors are true: what should a new Star Fox game be like on the Wii U? Well first off, I would like to see optional flight control using the GamePad’s motion functionality. While I probably wouldn’t use it full time, I would definitely get a kick out of swinging my arms around as my Arwing hurtled through space on the screen. I would also like to see customizable Arwings, in the vain of Mario Kart 8’s karts and bikes. In past games, there had only been two or three vehicles for you to pilot, so it would be nice to see more options in a new installment.

The newest edition of the Star Fox franchise will also have to have an amazing online multiplayer. Past games have had a very fun four player local dogfight, and the two DS/3DS titles have had an online version of it. It would be nice to see a 12 player, online, free-for-all deathmatch in the Wii U iteration. Finally, and probably most importantly, Star Fox on the Wii U absolutely has to stick with the classic formula. There have to be very few or no on foot missions, and it has to stick primarily to the vehicular warfare. I think after the misguided deviation for Star Fox Adventures, Nintendo learned their lesson, but I felt the need to reiterate that anyhow just in case. Space battles are what we want and space battles are what we should get. Simple as that.

With E3 only a few days away, a new Star Fox game might actually be my most anticipated announcement. It’s been nine years since this beloved series has graced my console, and I have been teased every time I’ve turned on Super Smash Brother Brawl  and seen Fox, Falco, and Wolf staring me down. Its high time these three champions of space get the respect they deserve in the form of a new Star Fox game. Nintendo: make it happen.

SpawnCast Co-Host/Creative Co-Director Brian is member of the University of Mary Washingtonâ€™s class of 2012 and graduated with a BS in Computer Science. He has been gaming since the first day he held an original GameBoy in his hands and hasnâ€™t stopped since. He now plays mostly shooters and RPGs on his Xbox 360 but will occasionally work in some sports or fighting games when heâ€™s in the mood. He is also a huge fan of playing marathon sessions of Legend of Zelda when the opportunity arises.
You might also like
NintendoArticlesFeaturesBrian O'Donnell