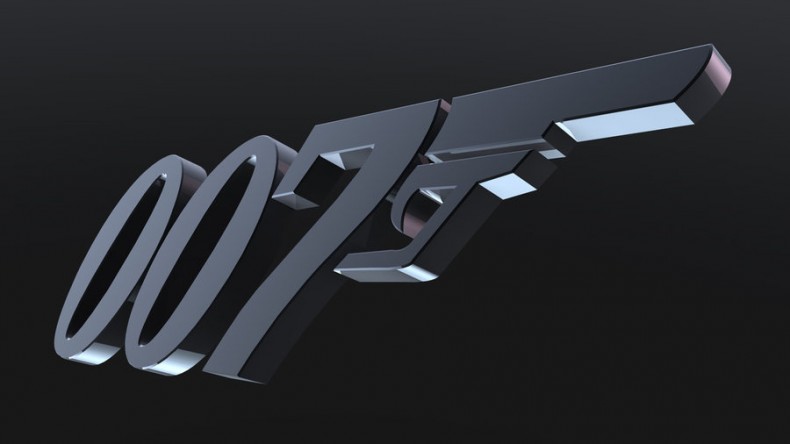 James Bond video games have been showing up on consoles since the 80â€™s, and with a new generation of consoles coming out, one can assume that the worldâ€™s greatest secret agent will eventually find his way to the PS4, Xbox One, and Wii U. As a huge James Bond fan, I have played many of the games over the years, and I have enjoyed some more than others. The other day, my friend asked me which James Bond game I thought was best. After thinking for a long time, I was able to compile a list of my top five, and Iâ€™ve decided to share that list with all you Spawners out there. Hereâ€™s my list of the top 5 James Bond games of all time. 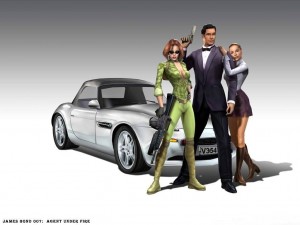 Rolling in at number 5 on my list is Agent Under Fire. AUF was the first James Bond title to be released in the PS2/Xbox/GCN generation and one of the few Bond games that didnâ€™t follow an existing movie or book. I remember playing this game when I was younger on my Game Cube and being blown away by how great the game looked. The guns looked almost real and the BMW that you drive in game looked amazing. What I remember even more was the multiplayer; zipping around with jet packs and grappling hooks, firing rocket launchers rampantly at my little brother and the unfortunate bots that were entered into the game. This game was a lot of fun, and provided a pretty memorable (and destructive) single player adventure (featuring a Pierce Brosnan lookalike that sounded more like George Lazenby ) with an impressive multiplayer experience that is expected of all James Bond games. 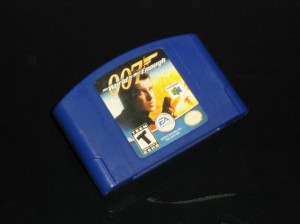 As the second James Bond game for both the PS1 and N64, The World is Not Enough was one of the better James Bond games to date. The single player of TWINE follows the same basic plot line of the movie and featured voice acting by just about all the original cast. It was also the first James Bond game to feature an â€œalternate fireâ€ for your gun (switching you PP7 from semi-auto to silenced was awesome). Once again, the multiplayer (which was NOT included in the PS1 version) was the most memorable. I remember the TWINE cartridge sporting that sweet blue plastic (thatâ€™s how you know a game was good) and running around looking for weapons that dropped from the sky. I remember turning on dumbed down bots (another first for the Bond series) and my friend and I hunting them down with ease. It was a LOT of fun. 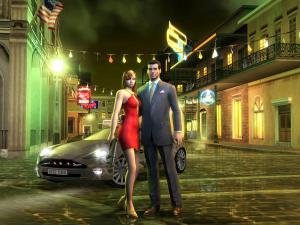 Everything or Nothing is one of the few Bond games to make the jump to a third person shooter, and this one hands down does it the best. It featured an original story that that was both difficult and fun. To this day, I still remember the insanely hard level where you had to catch Jaws on motorcycle; it must have taken me a thousand tries to beat it. It was an impressively hard Bond game but itâ€™s also one of my personal favorites. It was also first James Bond game to feature a co-operative campaign, which I recall struggling through with my cousin. The extremely awesome co-op also made up for the brutally bad 4 player deathmatch, in which all players shared one screen and ran around a square arena. While the 4 player was a big mistake, the co-op and single player were outstanding for this James Bond classic. 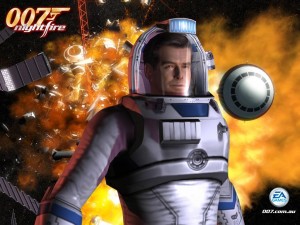 Nightfire is definitely my second most played Bond game to date. The original story (although it was strikingly similar to Moonraker in some ways) was awesome and extremely fun. It also played out exactly like a James Bond movie should: lots of action, explosions, car chases, and beautiful women. The game also took you to dozens of exotic locations, including Paris, the Austrian Alps, and Tokyo, as well as OUTER FRICKEN SPACE! It was an AWESOME campaign, which I have played dozens upon dozens of times. To go along with its impressive campaign was its equally impressive multiplayer. Nightfire allowed for up to 6 bots in a match and sported a bunch of different character skins and mods for game play. Who can forget playing on Skyrail (aka the best multiplayer map in the game) and standing on one building with the Sentinel guided rocket launcher and driving it right into your friend on the other side of the map? Or the fact that you could get an insta-kill from throwing Oddjobâ€™s hat? It is easily one of my favorite games of all time, and is so well loved by me that I donâ€™t think the disk can even run anymore since it was used all the time. 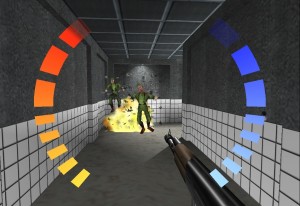 Letâ€™s be real, were you expecting anything else but the granddaddy of all multiplayer games to be number one? Â Goldeneye is THE standard for local multiplayer and paved the way for all first person shooters. It is loved by gamers everywhere and is still regarded today as one of the best video games ever made. Everyone who has played an N64 has played Goldeneye and will be able to share some memory about the game. For me, Goldeneye caused so many arguments in my family, most of them ending with tears and threats to be beaten to death with the controller. Whether it be someone selecting Oddjob, someone screen looking, or someone violating the No-Shooting-An-Unarmed-Player treaty of 1997, Goldeneye was bound to end in a fit of rage by someone. For that reason it is a regarded as one of the best. Gamers who have played Goldeneye can relate to my experience, and, although frustrating at the time,Â  spawned some of the best memory of anyoneâ€™s childhood. Therefore, Goldeneye will forever be my #1 James Bond game.

Well there you have it, my top 5 James Bond games. As you can tell, I have not been impressed with any of the recent Bond games (4 of them existing on the latest gen) and I sincerely hope that another great Bond game finds its way to the next gen; weâ€™re due for one.

4 people like this
Articles, Opinions
007Agent Under FireEverything or NothingGoldeneyeNightfireNintendoThe World is Not Enough

SpawnCast Co-Host/Creative Co-Director Brian is member of the University of Mary Washingtonâ€™s class of 2012 and graduated with a BS in Computer Science. He has been gaming since the first day he held an original GameBoy in his hands and hasnâ€™t stopped since. He now plays mostly shooters and RPGs on his Xbox 360 but will occasionally work in some sports or fighting games when heâ€™s in the mood. He is also a huge fan of playing marathon sessions of Legend of Zelda when the opportunity arises.
You might also like
GoldeneyeArticlesOpinionBrian O'Donnell