Amnesia: A Machine for Pigs Mega-Review 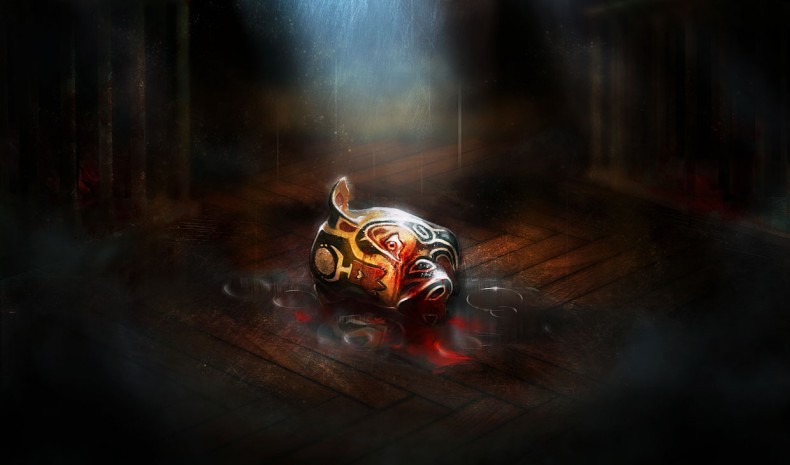 Voice-acting feels almost entirely detached from the feel of the game, objectives can be unclear, and graphics seem a little lacking .

Amnesia: A Machine for Pigs may not have a lot of replay value, online support or top of the line graphics, but it does succeed exactly where you expect it to; an unnerving atmosphere, helpless and frantic chases and a chilling soundtrack. Those points make it an excellent survival horror title, thatâ€™ll have you calling for mommy.

Your two children have gone missing. You hear their eerily calm cries from the darkness while your head is still swimming from a fever dream. This is how you begin your trek through the fog, the darkness, and most importantly, your fear – to find them. You come across a turn-of-the-century automobile, blocking your path. You find a letter a man left for his friends (obviously before texting was invented) who complains the trucks always need fueling and that pumps are nearby. You find a can in a darkened supply room and you’re certain you see a shadow move in the faint light. Shaking it off…you move on, finding the fueling station and beginning the slow process of cranking the wheel to fuel the can. Suddenly, you hear a squeal and a crashing noise. You look up and see a hunched figure quickly moving out of your line of sight on an overhead banister. Your character’s breathing quickens and grows raspy. Your hands sweat. A note in your character’s journal reveals his fear and urgency. You quickly weigh the risks of running and accidentally encountering your foe, or stopping to hide and risking becoming trapped. You finally run, return to the truck and quickly add the fuel. You escape, while looking over your shoulder, knowing you’ve only survived one of many encounters. This is Amnesia: A Machine for Pigs, and it’s only just begun.

The story is basic at best; youâ€™re a father searching for your children. You wake up in your own home to find it hauntingly devoid of life. You then begin your harrowing journey through the machinery of a processing factory and other disturbingly dark and barren environments at the bequest of a mysterious voice on the phone and your own desire to rescue your children. The concept is where the game truly shines, placing you in the shoes of a near helpless protagonist in a hostile world. You move through the dark, solve puzzles, collect documents and avoid getting viciously murdered. You are hunted by an unknown foe, a grotesque, disfigured shadow that stalks you in the darkness. You hide, with breath held, or you run.

The gameplay is simple due to your character’s lack of options. You have a lantern and that is about it, meaning you have to rely on stealth, quick-thinking and auto-saves to get through the game. The lantern also draws the attention of your adversaries which may leave you feeling your way through the dark to avoid making yourself too obvious. The simplicity and lack of options may turn some away, but at the same time, itâ€™s what drew me to press on. The simplicity allows you to impress your own personality onto the game; either plunging into the unknown and getting cut to pieces or carefully making your way, only to find out there wasn’t anything to threaten you. You can also pick up and throw most small objects so you can build flimsy barricades in times of need.

Your lantern barely cuts through the darkness

It works well, creating fun and tense scenarios where you can hear your assailant, yet you can’t see him and youâ€™re forced to try and solve puzzles while avoiding detection, knowing that a conflict could mean death. On the other hand, there are other times when you know where your enemy is the entire time, and can plan accordingly. The inventory from the first Amnesia game was removed as well, leaving you to carry any key puzzle item in your hands, or, you knowâ€¦ oddly floating in front of you.

It compares mostly to Slender: The Arrival, similar to the first Amnesia title, because you have to evade an enemy you have no way of fighting. Amnesia does make it a lot clearer how to go about avoiding confrontation, but it falls into the basic pitfalls of games with stealth elements – It’s difficult to tell when you’re hidden and when your opponents can see you. It’s a bummer, but it definitely feels cool when you find your own little nook in the darkness, and an enemy walks right by you.

For a slightly different perspective, check out SlasherJPCâ€™s thoughts on Amnesia: A Machine for Pigs in his video review, where he scores it a 7.5 out of 10!

The graphics leave something to be desired, but feel free to take that with a grain of salt. I played with the graphic settings lowered a bit to make it easier on my laptop, but it didnâ€™t match up to what Iâ€™d expect from a 2013 title, even at the beginning before I changed any settings. If you happen to have a faster computer, then your experience may be better, but it certainly doesnâ€™t hinder the stellar gameplay and aesthetics. Besides, Iâ€™m not expecting Lost Planet or Uncharted-level graphics from an indie title like this.

The sound is where this game excels. The distorted squealing and footsteps of the enemies is unsettling to say the least. The machinery that the gameâ€™s theme centers around clanks, grinds, and hisses to prevent you from ever settling in and feeling comfortable. The score is fantastic, perfectly characterizing the twisted and demented world Mandus has fallen into. Composer Jessica Curry deserves a serious thumbs-up for her efforts here.

Don’t mess with this guy. Unless being clawed to pieces is how you get your kicks. Then by all means, go mess with him.

No real extras, but not its definitely not surprising on a twenty dollar game that targets a niche audience.

The only issue worth pointing is that the game can lack clarity at times. Itâ€™s not a deal breaker, but a solving a puzzle, and wandering around until you find a secret switch are two different things, and sometimes your objectives can be difficult to discern. You pick up notes and Mandus jots down his thoughts in his journal, which usually contain the pertinent information, but when itâ€™s not there, the solution can be difficult to determine. Other than that, the game works well, without a hitch.

A Machine for Pigs also has long loading screens, but that may just be me. It does hurt the flow of the game, but it’s so engrossing during the chapters that it doesn’t feel like a big enough deal to make you stop playing.

Go ahead an pick this title up on the 10th, but only if you’re aÂ  fan of puzzle-driven, horror titles. If you feel the need to stomp your opponents heads in Gears of War style, then it’s not for you, but if you like subversive, unsettling experiences that demand patience and quick-thinking, and might make you piss your pants at the same time, then this game is definitely for you.

Contributor John is a third year journalism major and a fifth year policy debater, but gaming is his passion. He firmly believes that the PS2 is the finest console ever made and will defend to the death that playing Pokemon is not and never was lame. He owns every current gen console and is excited for the advent of the PS4 and Xbox One. He enjoys action-adventure and survival horror, but can hold his own in a discussion about nearly any genre. He listens to a surprising amount of alternative music and can fix a mean bowl of Frosted Flakes.
You might also like
AmnesiaindieSteam