The Beats of Indie Gaming: An Interview with Erin Anthony 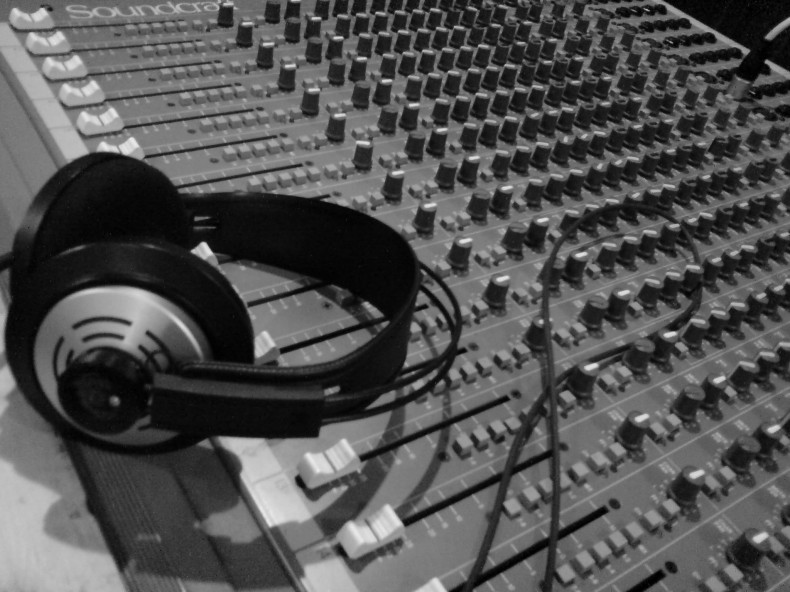 The Man Behind the Bleeps and Bloops

A video game without a soundtrack is like a book without words. Would the climax of the original HaloÂ  be anywhere near epic without the HaloÂ  theme blaring in the background? Would the Mushroom Kingdom be anywhere near as whimsical as it is if it were plunged into complete silence? It’s hard to imagine these legendary series without their musical scores to back them up. It’s the music that gives the games their life, and ultimately makes us love them. Recently, I had the distinct pleasure of sitting down with Erin Anthony, a composer for indie games, to talk about his work and his thoughts on indie developers.

How did you get into making music for video games?

During my piano playing career, I was super interested in writing music. I dabbled in it starting with the most basic music composition software back in 2002. I decided to put more time and effort into productionin the start of 2011 and would do custom tracks as well as remixes in a project I called “52 Beats” to kickstart my music career. The idea was to release a hiphop/pop beat once a week for a year. It’s funny because during this time, I actively tried to avoid songs that sounded like a video game track. About 4 months into this, everything fell apart – I had only produced about 9 completed tracks.

Towards the end of 2011, a co-worker mentioned he was working on a puzzle game about mowing the lawn. For some reason, I skipped work the following day to come up with songs for this new game. I did not ask my co-worker if he needed a producer or anything, I just went and did it.

The next day, I showed him my tracks for his game and he loved them. The next thing I knew, the game had picked up a lot of steam and won a competition to be featured in the 2012 PAX East convention. It was around this time that I realized I should focus my production on video games. I discovered I had a knack for figuring out what sound was needed for any given environment in a video game. Probably because I spent my whole life playing them haha!

What games has your music been featured in?

My music has been in two games so far. The first being Lawnmower Challenge by Lunar Enigma and then Absolution by Hacksaw Games. I am currently working on new tracks for games in production by both companies, as well as other ventures. Each track I make for someone allows me to refine what works and what doesn’t. Perfecting my craft and building my portfolio is top priority for me now. 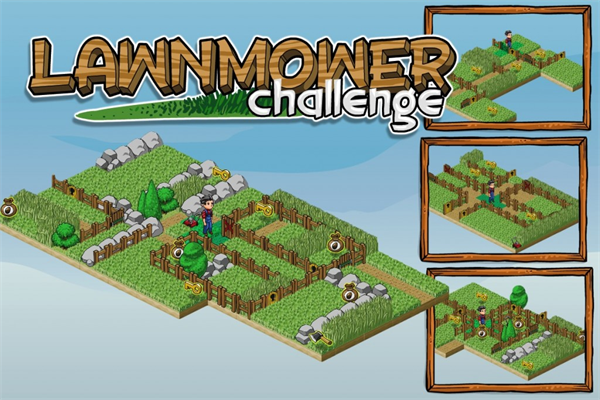 I’ve listened to some of your tracks and they’re AMAZING! What games/composers do you use for inspiration, if any?

My inspiration is seriously all over the place. If you look at my iPod, I have the most random collection of music that I know of. When it comes to production, I am influenced by pretty much all Nintendo music by Koji Kondo. My last track, Azorius Chancery has a mocking chord progression from Zelda’s Lullaby. My filters and fades are influenced by the superstar Hip-hop producer, Mike WiLL Made It. I flip and invert melodies from Snowboard Kids 64. Some of my tracks have that “into stutter” effect that Pharrell uses (e.g the beginning to “Drop It Like It’s Hot” or “Mr. Me Too”).

Is your process for composing video game music different in anyway for your process when you’re making music for fun or for something else besides video games?

It is, actually. When I start to compose for a game, I love to start with the artwork or mockup of the game. I put myself in the position of playing the game for the first time and try to imagine what the song should sound like. When I hear a good melody in my head, I begin to sift through my collection of tens of thousands of different instruments and sounds until I happen on one that matches my vision. Then from there I work to create the appropriate atmosphere, not worrying about development or progression until later. When I write a piece randomly, I usually just start with an instrument or drum beat that sounds good to me; no real end goal or vision, just what sounds good. So yeah, totally different process I’d say.

Do you want to stick with indie games for future endeavors or would you rather, given the opportunity, work with bigger budget games?

Indie video games are fun because there’s so much variety out there and I just want to write for all of them. I really just love the process of knowing what the gamer should hear/feel and then making that happen. Even if it’s just a flash game, I want my listeners to be lost in the music. For a bigger budget game, I’d take those same values but be able to run with them much further; maybe get access to a real studio that would allow for ultimate creativity exploration, perhaps work with a real orchestra and be able to bring a new life to my music I’ve never thought possible. 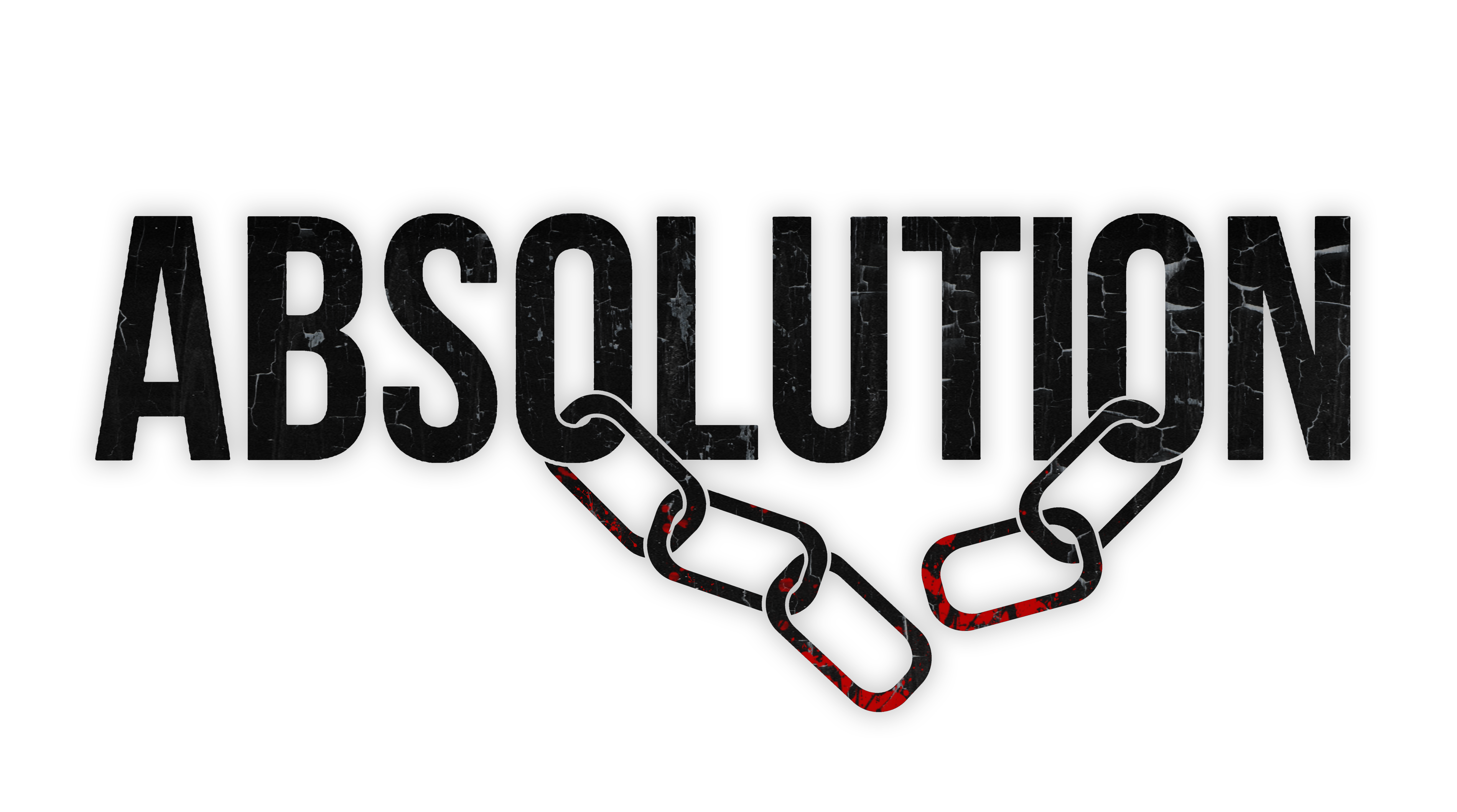 Having worked with indie/smaller devs, how important do you think they are to the gaming industry?

I think they are crucial to the video game industry as we know it and really have been the backbone this entire time. I’m no historian and I haven’t looked any of this stuff up so don’t quote me but back in the 90s, video games had so much freedom. Technically, everyone was indie and small time. What separated the good from bad were the amazing talents from developers all over the world and with this success, money, and advancements in technology, were able to forever push the boundaries of what was possible. As games got more and more complicated, the investment people/developers had to make increased as well. It got to a point where it just wasn’t possible to release a game on a console/PC without taking extreme risks. If you take a look at the creativity in big budget games during this time, it was sparse. Triple A publishers with all their money, want to make sure the games they spend millions on will net them hundreds of millions. Therefore, new ideas just aren’t that appealing when you can just push the same game with a different title on it and fancier graphics; this is where the indie scene comes and saves the day. All the new, fresh ideas are coming out of this direction because the risk is minimal and with services like Steam Greenlight, Apple/Google Play store, even Kickstarter the possibilities are endless. It’s the indie/smaller devs that are the heartbeat of the video game industry. Take them away and we’re left with Battlefield 7 and Call of Duty: Ghost Ops – Elite Storm 17, this time with robots, explosions, and exploding robots.

Here is one of my favorite tracks that Erin made