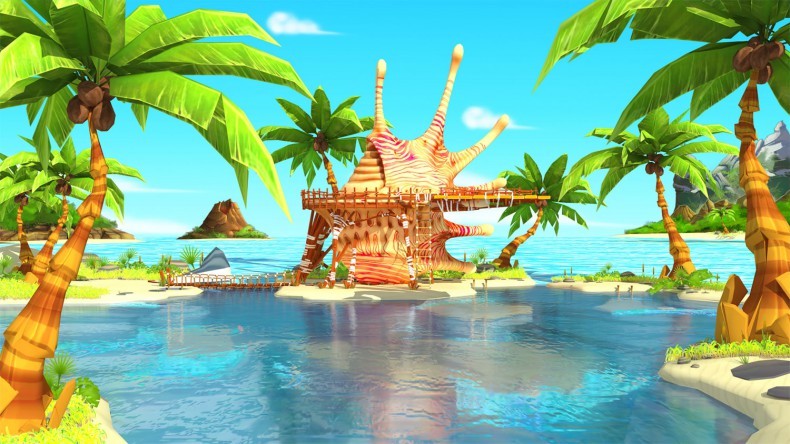 Fishing Cactus’ ability to develop for multiple platforms, hard work, and dedication have brought the studio to where it is today. Bringing the Creatures’ series back into the lime light, Fishing Cactus was willing to give us an interview in regards to their newest game, Creatures Online.

How did Fishing Cactus get started? What is your best selling game to date?

The truth is that since the creation of the studio 6 years ago we mostly developed games for publishers. Sometimes big publishers like SEGA or Disney. It was a necessity to keep the studio running, and to be able to work on our own IPs. At this stage we can’t tell you more about them except for Algo-Bot. Algo-Bot is a game imagined by programmers, for programmers and puzzle lovers. This game will be our very first self-published game. The game was greenlit a few months ago and will go up on Kickstarter in 2 weeks. More on Steam.

Creatures wasn’t originally created by Fishing Cactus. was it hard to get the IP? how long was Creatures just an idea before you got the rights to make the game?

That is a very funny fact! Andrea Di Stefano – who was the first Game Designer on the project and a huge fan of the old series – emailed Gameware and asked them if we could buy the IP. They said yes. It was awesome! But the problem was that we had no money to develop it. So, we asked our friends from Bigben Interactive if they wanted to publish it for us. They agreed.

Did anyone from Fishing Cactus play the original Creatures series? how did they approach the others into designing Creatures online?

Sure! A lot of people here played the old series! Andrea Di Stefano the first Game Designer, Lucas Devos who takes care of the game now that Andrea has left the nest; Not to forget, Samuel Languy who worked hard on the Creatures’ genes J. I’ll also mention our CEO, Bruno Urbain, and of course Julien Hamaide our Technical Director who is main programmer on Creatures Online. They really did their best to keep the soul of the game and inspire the others. But even with that, there are parameters such as time, budget, business or other that influenced the development. It’s very difficult to keep your project the way you dreamt it. We really did our best.

When did the game originally start devlopment? You’ve had a few set backs throughout the years, deciding to move onto android devices as well as running into some pretty bad glitches. Has it ever discouraged you when you have to keep working past the next ‘goal’ date?

We started it in 2011 and it took us nearly a year to translate the code. Continuing to delay a game is something you never wish for. Nevertheless, like every human our motivation can be variable, we always had the will to continue the development. It is Creatures, after all! 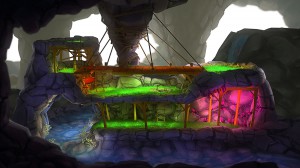 Could you share your biggest roadblock in development so far?

The locomotion of Norns in the 3D space and the various issues with the splicing machine were the biggest roadblocks. We can’t decide between these two!

As I’m sure you’ve noticed, Creatures has quite the community surrounding it. Have you experienced a lot of backlash for trying to make a modern addition to the franchise?

The new Norn look, as well as the will to target a wider audience have generated some reactions. Some were of course negatives, but there was also a lot of understanding feedback. Globally, the community is really understanding!

Whats something new you’d like to add to the Creatures franchise? do you have anything up your sleeve, or do you share most of whats going on with the Creatures community?

We have some things up our sleeve, but we share most of what’s going on with the Creatures community through the weekly updates.
As for something new we’d like to add… we have to finish what we are currently doing before anything else, so I prefer to stay silent and not build expectations on things which could take time to concretize!

Any ideas as to how you are going to keep the original feel of the Creatures series while bringing in new fans?

The original complexity of the series should be preserved, but the game should be accessible for everyone. This way people can enter easily in the game, and will eventually discover the complexity later… For example, not all the Creature’s drives are showed to the player, only the most important(hunger, sleepiness, pain…). But the other drives are present too! Of course, this lead to some compromises and we hope the current balance will be interesting enough for the two kind of players.

A big part of Creatures is the different kits, helping you identify whats wrong with the norns. Although the owner’s kit is in the game, are we going to see the return of the health kit etc?

Aside from the owner’s kit, the science kit is present too. That being said, its readability can still be improved, so we need to refine it a bit before thinking about other kits.

Undeniably, a big part of the Creatures series is the Grendels and Ettins. This added a certain risk element to the game. Are we going to be seeing them on release? If not, will you be adding them in later?

Grendels and Ettins will not be included on release. Adding them later is still an option, but not in our priorities. Although the game is generally quite “safe”, it does not mean the game has no risk element. There are still some insects which can harm the Norns, for example. 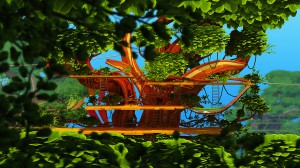 You’ve been playing around a lot with the age of Norns and the timing of pregnancy’s, how fast they grow up, etc. Can genes effect these wait times? Have you found the perfect [standard] number yet?

Ageing of Norns and timing of pregnancy seems fine by now. As we use a genome based on the one in Creatures 3, Norn’s lifespan still depends of genes which can be affected by mutations, meaning some Norns may live longer than others.

On the iOS version of Creatures, if you leave the app running in the background, will it pause or remain playing? Do you have a limit as to what the devastation will be if someone accidentally left the game open?

Will the mobile versions of Creatures have less features compared to the desktop versions?

No, both versions are the same game.

Can we get any window of when Creatures might release?

We won’t tell you anything, even against some dark chocolate! Sorry, this kind of announcement doesn’t depend on us, so we don’t want to advance anything.

I just want to thank the community for being more than patient.

If you’d like more information on Creatures Online or Fishing Cactus, be sure to check out their website.

Alana lives in the Great White North, where Polar Bears rule and Maple Syrup is next in line for the throne. During those frigid Canadian winters she is granted more then enough time to explore the lands of Azeroth, play through the next great indie title, or practice hitting fellow gamers with green shells. When she isn't doing any of the above, you can find her practicing the accordion, attempting to juggle, or taking care of the exotic animals and plants she keeps(that are not really meant for the Canadian climate).