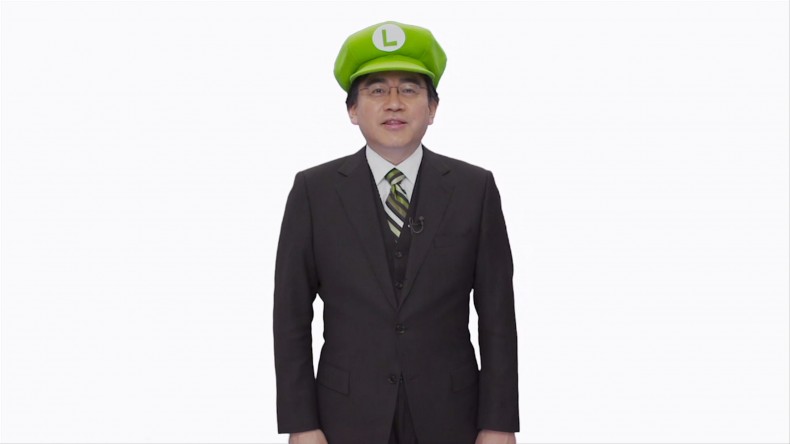 Nintendo’s Direct Presentation came after Sony and Microsoft had been getting all the attention. Nintendo pleased many fans with their E3 Direct Presentation whichÂ showed many games to come out for various Nintendo systems, while also unveiling new information about existing games as well.

Unlike previous years, Nintendo have opted to keep their presence at E3 to two small booths rather than a large scaled project similar to both Microsoft and Sony. CEO and President of Nintendo, Satoru Iwata, opened the Direct Presentation saying: â€œToday we would like to deliver directly to you updates on games that we will be showing at E3 2013â€.

Most felt as if Nintendo played it safe, but nothing’s wrong with that as long as youâ€™re pleasing the audience and consumers, which is exactly what they did.

The first game shown was the new PokÃ©mon X and Y, the highly anticipated 3DS titles. We get a glimpse of some new PokÃ©mon and we also learn that a new type will be implemented into the game: The type is called fairy, and will be super effective against Dragon type PokÃ©mon. Sylveon, the new â€œeeveelutionâ€ (an evolution of Eevee)Â has been confirmed as a Fairy type PokÃ©mon. Both X and Y will launch October 12th 2013 in a worldwide release.

Next we saw Super Mario 3D World. In the trailer we saw some 3D gameplay with side scrolling mechanics still in the game. We then see clips of playable characters such as Mario, Luigi, Toad and even Princess Peach. We see all four characters playing all at once, suggesting that the game may be similar to New Super Mario Bros. Each character has a special ability and multiplayer mode â€œwill be as competitive as you make itâ€. Thereâ€™s also a powerup, the cat ability which will enable the characters to climb up certain walls, scratch their enemies, and run in a similar fashion to a cat. It will be available in December and can be downloaded via the Nintendo eShop.

Then, a trailer for the new Mario Kart game titled Mario Kart 8 was shown. In the trailer we see that motorbikes will be making a return, having missed out on Mario Kart 7. We also see karts turn into hoverkarts, which will be used to stick to specific walls and buildings, enabling you to drive on the walls and even the roof. We see Mario driving on a track upside down while the other characters, using the normal kart mode, are on the track above him. Racing underwater will be featured in the game, and the flight mode (seen in Mario Kart 7)Â will also be returning.

After this, we saw Wii Party U. The usual mini-games and such were shown. Most was resemblant of Mario Party, but that was to be expected. Wii Party U will utilize Wii U gamepad and the Wii control. Tabletop games will be able to play on the Wii Uâ€™s gamepad. Wii Party U is expected to release during the end of the year. Although the game was previously announced for a summer release, I doubt many will be incredibly depressed with this news.

Nintendo also said that Wii Fit U will be releasing later than expected. Iwata apologized and thanked the customerâ€™s patience. Nintendo has decided to add more features to the game, and this is what has pushed the game back to the winter season.

After noticing great drawings by users using the gamepad on the Wii U, Nintendo has decided to release an Art Academy title on the Wii U. However, itâ€™s only in production at the moment; it will be available on the Wii Uâ€™s eShop later this summer according to Iwata. Users will be able to create and post their pictures on the Miiverse.

These titles, especially for the Wii U, will definitely give the console a much needed boost, as little games have been released on the console so far. Most (if not all) games on the Wii Uâ€™s list are/look like great games and it will be interesting to see how these games play on the Wii U in comparison to the Xbox 360 and PlayStation 3.

We then saw some games which will be available on the eShop;Â DuckTales: Remastered and Cloudberry Kingdom were just a few of the ones featured in this small snippet.

A The Legend of Zelda: The Windwaker HD trailer was then shown. The new 3D world looks amazing for this well deserved remake. The game will be run in 1080p and texture graphics will be improved. The player will be able to explore islands and control the wind by using the windwaker. The game is set to release in October and Iâ€™m sure any Wii U owner will be patiently awaiting the release of this title.

The Wonderful 101 made by Platinum Games was then showcased. Itâ€™s about a group of heroes which fight off an alien invasion. The heroes can combine together to unite and become a large weapon which will be using the gamepad on the Wii U. During the game, upgrades can be purchased and the heroes will gain more abilities the more the user plays. The Wonderful 101 is expected to hit stores on August 23rd 2013 in Europe but will also be available to purchase on the Nintendo eShop as well.

Iwata then announced a game which has never been mentioned by Nintendo prior to this Nintendo Direct. Unsure of what is to come, a trailer starts. Then all is unveiled, and it’s — another Donkey Kong game! The side scrolling series will see Vikings taking over Donkey Kong’s island. Different camera angles will be used to show dynamic scenes in comparison to older titles. A two-player mode will be implemented in the game with Donkey, Diddy and Dixie Kong being playable characters. At the end of the trailer we find the name of the game will be Donkey Kong Country: Tropical Freeze and that it will be releasing in November.

Iwata then instantly jumps into Bayonetta 2. We see Bayonette fight an unknown figure with guns. We then see two demons summoned by Bayonetta and the hooded figure fight. Gameplay was then shown with a lot of blight colors and flashing lights. It will be available sometime in 2014.

X was then showcased, which looked amazing if I’m to be honest. The open world game looks as if dinosaurs will take part in the game as well. A suit (which can transform) will allow the player to travel by land or by air. X will be releasing in 2014.

FINAL VERDICT: Nintendo surprised many with the amount of games showcased. Titles such as Mario and Donkey Kong will always be a success but games such as X and The Wonderful 101 look new and different compared to other games. Well played Nintendo, you’ve restored hope in the Wii U.

Former Staff Writer Mark is an Irish student passionate about games. He enjoys playing sports such as soccer and rugby, but loves playing video games at any time possible. Mark plays mostly on the Xbox 360, but also plays on the PC from time to time. He is a multiplayer manic and also loves to delve into deep storylines within RPGs.
You might also like
E3Articles