Revamp The Graphics But Don’t Revamp My Experience: A Tale Of Frustration 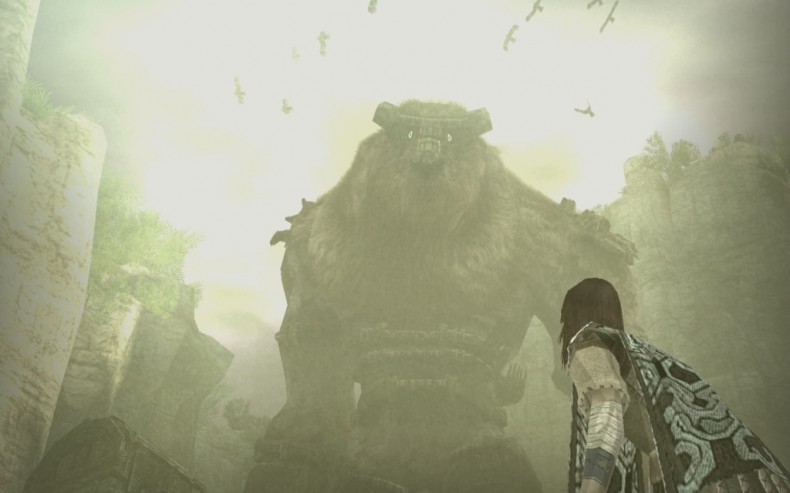 If you follow me on Twitter, you might be aware that I have recently decided to take a stab at my third attempt to successfully play throughÂ Shadow of the Colossus. If you do, then you might also be aware of how much the HD iteration of the game has made me rage. The stress and frustrations with the game are only softened by the fact that I didn’t pay for it; it was recently added to the Instant Game Collection for PlayStation Plus subscribers.

I had played the game back in the PS2 days. I had never beaten it as you can clearly tell, but I always found it a lot of fun. Unfortunately for me, my progress was stopped in the past due to frequent bouts with diziness and nausea. I’m a pretty motion sensitive person; there was a time when I couldn’t even play First Person Shooters or else I’d get dizzy. To this day, I still can’t sit and watch someone playÂ Call of Duty for too long because then I begin to feel sick. But we’re not here to talk about my motion sensitivity or how I overcame it. No, we’re here to talk about something much more frustrating. We’re here to talk about how Team Ico ruinedÂ Shadow of the Colossus with their graphical revamp,Â Shadow of the Colossus HD for me.

Let me start by saying that I did, in fact, beat the game. I beat it in one sitting of 8 hours and 6 minutes. Somewhat impressive to me considering my last two attempts always ended on about the 4th or 5th colossus. There is so much wrong with the HD iteration of the game to me that I am not quite sure which part I want to break apart first. I guess I’ll start with the least frustrating aspect of the game that still had me yelling at my TV, swearing excessively, and threatening this character’s life; Agro, the horse. For all intents and purposes, Agro is a vital part of the game. The world is far too vast to traverse on foot so Agro is essential to Wander aside from her being his companion. Without her, the game would probably take maybe a week to finish. With her, though, I spent more time trying to get her under control and maintain speed. There were certain areas on the map where it was smooth sailing, yet she continued to steer left and right uncontrollably as though she were avoiding a ghost. There was nothing in front of her for her to be veering this way and that to an extent where I had to keep using the sword and the map to make sure I was still travelling in the right direction. There were also times where she would slow down for absolutely no reason at all. I didn’t understand why she was doing that; sometimes it was traveling uphill on a small hill, which still didn’t explain why she should be slowing down considering it wasn’t steep at all, and sometimes it was for no good reason; at least none that I could see. I began tapping X like a maniac and shouting at my TV for her to go faster as though she could hear me. The frustrations that Agro set upon me had me threatening her as though I could really get my hands on her.

My next issue is with the grip strength, or lack thereof, in the game. I’m not referring to the stamina bubble; I’m referring to the over the top ragdoll physics and the increased movements of the colossi when Wander is clinging on to their fur. In the PS2 iteration of the game, Wander could continue to climb around the colossus without flopping around while the colossus tried to shake him off, whereas in the HD version of the game, Wander will begin to flop around to a frustrating degree at the first sign of movement out of the colossus. Jump to 1:36 in the video below to see my point (you don’t have to watch any farther than 2:05 unless you want to).

Also regarding the grip strength, there are a few postings from players on the GameSpot forums that can attest to this massive change and how frustrating it can be. People were claiming that the grip issues were because the HD iteration is based off of the PAL version of the game. However, that doesn’t seem to be the case. GameSpot userÂ Seifer_us wrote:

I’ve been hearing just as many Japanese and European players complaining about being tossed about more than they were previously.

It makes me feel better to know that I’m not the only one frustrated with the over the top ragdoll physics while gripping on to a colossus. I can respect that Team Ico possibly just wanted to increase the challenge of the game from the PS2 version, but there could have been a better way to go about it as opposed to making Wander a stumbling fool. Attempting time attack with these shoddy grip mechanics is even more frustrating than getting through the game in the first place. There are certain colossi (Gaius, I’m looking at you!) that are near impossible to get a charged stab on. At one point, I found myself so frustrated with the flopping that I was mashing the Square button just so I could inflict even a little bit of damage. Finally, I’ll touch base on the camera angles. I understand that you can manually move the camera with the right analog stick, but that doesn’t mean the camera isn’t a frustrating factor in itself. Often times, I’ll want to move the camera a certain way to either look at a colossus or be aware of my surroundings and the camera insisted on reverting to its default position. It became extremely frustrating to want to move the camera one way, but the camera is fighting me to go back behind Wander. If it wasn’t the struggle to gain control to position the camera, then it was the camera moving in awkward positions during certain colossus fights, specifically Pelagia (the 12th colossus you fight at the top of the waterfall with the electrified tusks) when I would swim between his body and leg to get to his back quicker. The camera began to swing around uncontrollably while in that tight space. Anyone who has asked me what I think of this game has heard the same thing come from me; this game could be perfect if it wasn’t for the over the top ragdoll physics, shoddy camera angles, and a horse that shouldn’t cause me so much stress yet manages to.Â Shadow of the Colossus is an amazing game and everyone should experience it at least once in their gaming life. If you are the kind of person who doesn’t really care about graphics and more want to experience the story, I’d recommend going with the PS2 version of the game. If you want to see the game in HD glory, give the PS3 version a go but be prepared to want to cause harm to the game itself because the HD version of the game is exponentially more frustrating than the original.

3 people like this
Articles, Opinions
frustrationfunShadow of the Colossus HD